Scott Willoughby wrote a great piece in the Denver Post about the late Charlie Meyers and co-author Kirk Deeter who wrote the Little Red Book of Fly Fishing. Willoughby and Deeter spent the day on the "Dream Stream" and reflected on Meyers' approach to fishing and the new Charlie Meyers State Wildlife Area. It is well worth the read. 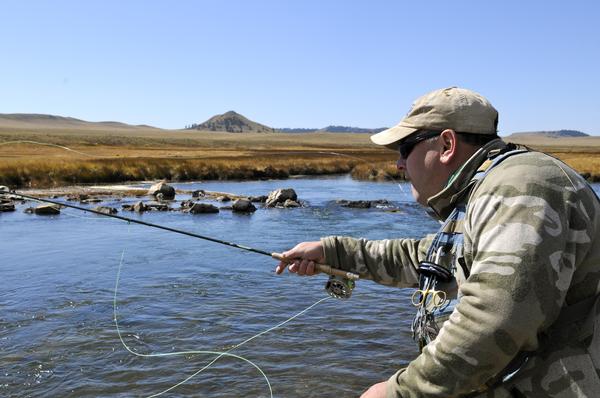 Between casts and occasional catches, conversation revolved around fishing, writing and the icon who brought it, and us, together as no one else could. In Deeter's words:

"We both shared a belief that fly-fishing is not as complicated as a lot of people make it out to be. And with Charlie, one of his mantras in all the work he did was about making the outdoors accessible, and I think that also applied to making the information easy to understand. That's something we shared. It can be as complicated as you want it to be, but it can also be pretty simple."

For a full fishing report on the Charlie Meyers State Wildlife Area (AKA the "Dream Stream") check out our Fishing Reports where you will find out which dries, nymphs and streamer patterns are working.