We’ve had a number of people who missed our Steelhead presentation earlier this month inquire if we could make some of the information available. No problem. We’ll break it up into a three part series. We’ll first talk about steelhead basics and then the Deschutes River in Oregon. In Part II we’ll cover the Klickitat River and Part III we’ll provide and introductory overview of the Olympic Peninsula. The intent of our original presentation was to give our customers an overview of steelhead fishing and the basics to begin their own travel research. This is not meant to be a comprehensive guide to steelhead fishing, or the Pacific Northwest.

If you are planning to visit any of these destinations this fall or later in the winter, feel free to stop by the shop to get more details. Or, if you are just interested to learn more about steelhead, don’t hesitate to drop on by. We’re here to help.

Part I - Steelhead 101 and the Deschutes River

- anadromous - adjective - migrating from salt water to spawn in fresh water, as salmon of the genera Salmo

- steelhead are born in fresh water and migrate to the ocean

- steelhead typically stay in the sea for two or three years

- steelhead move great distances: some can swim 4-6 miles in a single day

- sometime they hunker down: steelhead can stay in the same run for days or even weeks

- hatchery steelhead are born and raised in a hatchery and released into the fresh water system, competing with and reproducing with wild steelhead 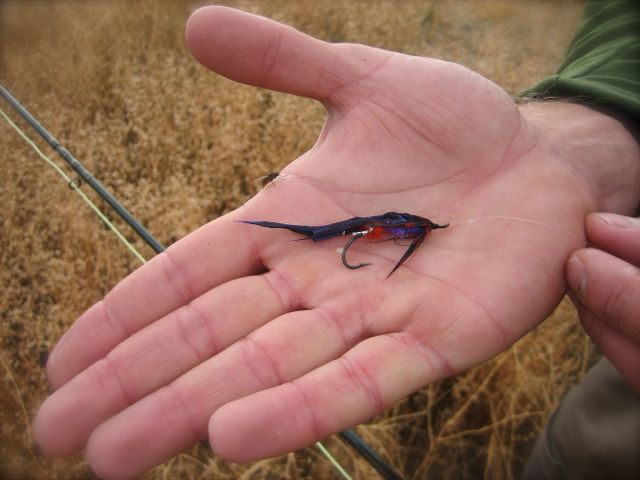 The Lowdown: The Deschutes River is a very convenient steelhead fishing option if you are from Denver in comparison to some of the more remote locations in British Columbia or a further drive from a major airport. Due to the river's relatively close proximity to Portland, the ingress and egress is fairly direct and the chance to catch a steelhead is high (depending on the year and the volume of fish returning to the river).