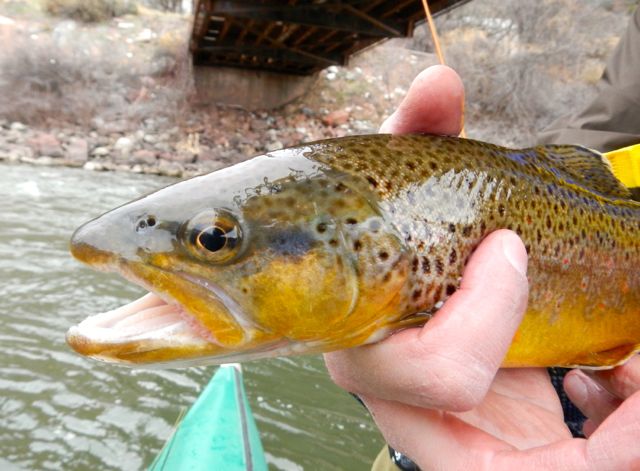 I’m an unrepentant streamer junkie. I cannot be reformed. I’m unapologetic – especially on a float trip. So when our friends up at the Taylor Creek Fly Shop gave us a report that suggested streamers were a good pattern on the Roaring Fork River… I was throwing streamers. 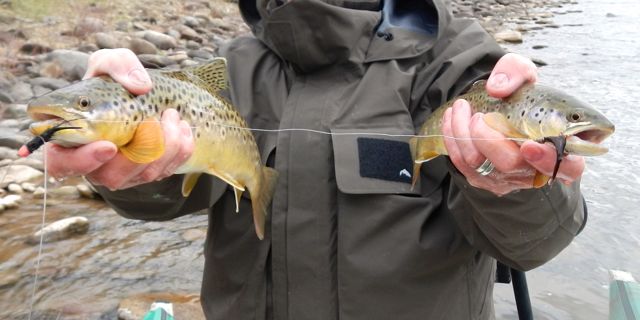 We had a last minute game change for a weekend float based primarily on weather reports. The wind was supposed to rip at 30-35 mph on the Colorado River. A Colorado storm was brewing. The Roaring Fork is tucked south of the I-70 corridor and might be a bit more resistant to sustained winds. We rolled the dice and it paid off.

We fished the section of the Roaring Fork between Carbondale and Glenwood Springs. On day one, we opted for a later start to let the water temperatures rise. The day started and ended with overcast skies. The water was flowing around 350 CFS – I probably wouldn’t float it at any lower levels (we have a fairly low profile cataraft). When the wind did blow, it ripped and pushed us around quite a bit – even back up stream at points. We threw black, green, and brown streamers and saw consistent action right from the put in. The water was a bit off color – especially for the Roaring Fork. 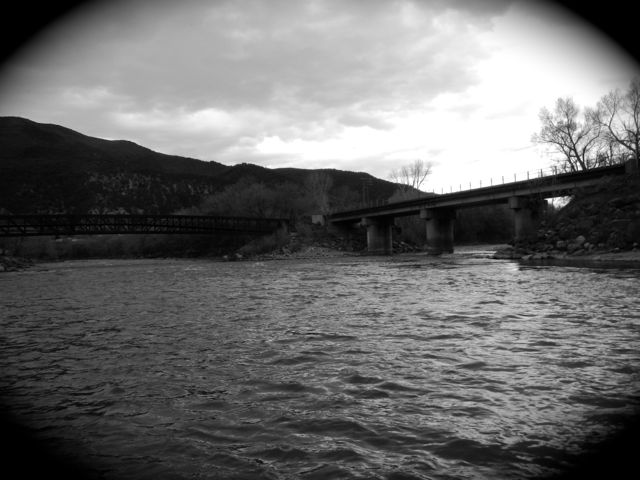 About midway through the float the wind died a bit and the baetis hatch went off – followed by a feeding frenzy on the surface.

At this point we switched it up throwing a dry dropper rig. The size 20 dry received quite a bit of inspection… and subsequent rejection. One fish we watched feeding came up, eyeballed the dry, rejected it, then the trailing Juju Baetis caught his eye. He turned, swirled, and crushed it. That take and visual experience was a trip maker. When the wind died down... we saw noses poking up and a feeding melee commenced. All this action began on the surface around 2:00pm. 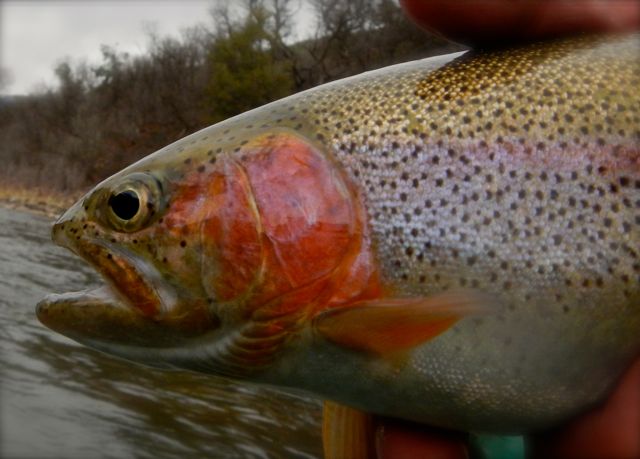 On Saturday night the same weather event that dropped 10+ inches in Vail Valley was a torrential downpour in the Glenwood Springs area. The streets were literally flooding. When we checked the water clarity the next day it had degraded quite a bit, but we decided to fish regardless. On the upside, the water bumped about 100 CFS. The sun was high in the sky and the temperatures had dropped. Gone was the massive BWO hatch and the streamer fishing had slowed quite a bit early in the morning. Toward the end of the float the fishing picked up – it seemed to be commensurate with the temperature increase. We picked up fish on streamers and a few on nymphs – the juju again as well as a red Psycho Prince size 12. 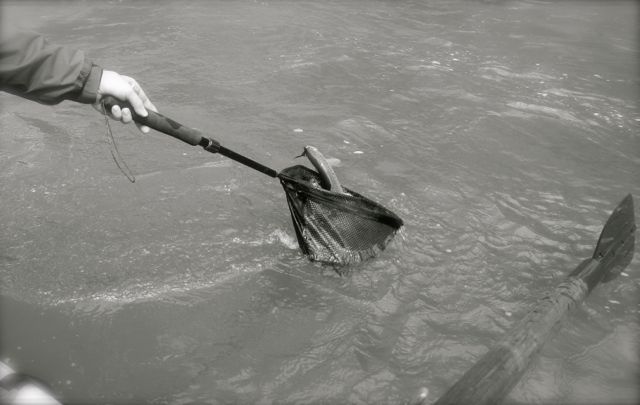 We made it out of the valley and back down the hill a few hours before the storm ripped through the I-70 corridor dropping another 10”+ of fresh white stuff. It looks like January again here in Colorado. The snow continues to fall which we’re all very happy to see. It looks like the snowpack will continue to grow as we move through the spring season further supporting our prediction for a great fly fishing season in Colorado. This trip was also a great reminder that conditions change quickly here and to make sure you are prepared for dynamic situations. If you are researching a trip or have questions about fishing conditions here in Colorado, don't hesitate to stop in or call the shop - 877.464.0034.