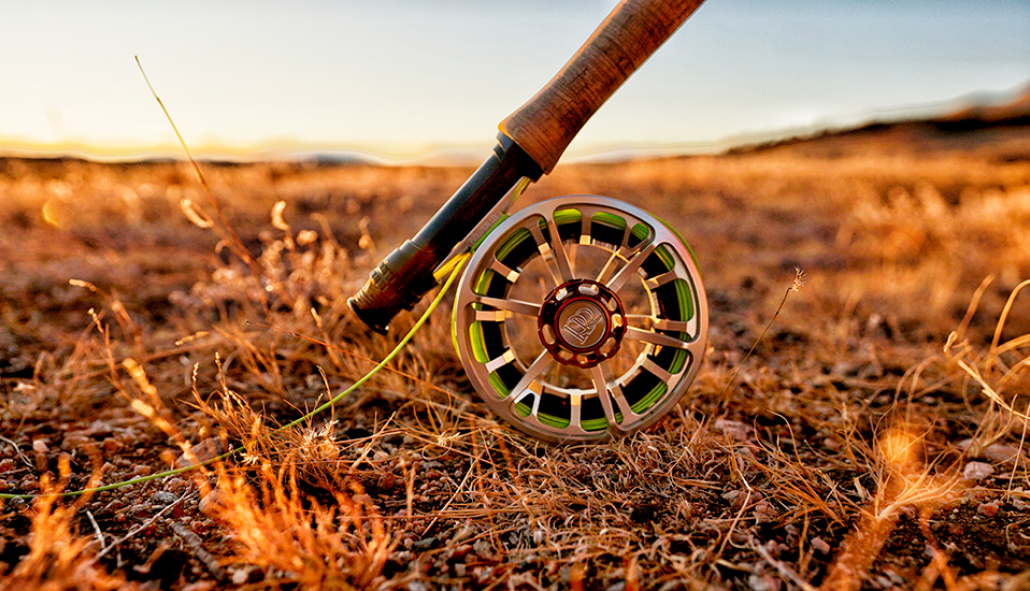 The Ross Evolution LT is an icon for trout anglers everywhere. Lightweight, durable, and downright dependable, there's a reason the Evolution LT found its way onto countless angler's rods. When Ross announced that they were replacing the classic LT last summer at IFTD, there was no doubt that the new reel - the Ross Evolution LTX - would have big shoes to fill. After nearly six months on the water with the new Ross Evolution LTX Fly Reel (the 5/6 Platinum version), I can confidently say the LTX fills those big LT shoes with ease. From the design to the machining to the on-the-water performance, this Colorado-made fly reel impresses across the board.

Before we jump into the on-the-water portion of the review, let's talk about the Ross Evolution LTX's features and what's changed between the LT and the LTX. Quick summary: Quite a bit. The Ross Evolution LTX Fly Reel is available in two finishes (Platinum and Black) and four sizes (3/4, 4/5, 5/6, and 7/8). The LTX isn't an aesthetic or fine-tuning kind of update where a drag knob is made out of a slightly different material or the frame is 0.01 ounces lighter. The reel, in both appearance and it's drag system, has been completely redesigned. While the reel does take some design cues from the original LT, the frame and spool both have new designs. A bold, bronze drag knob and a canvas phenolic handle are two easily noticeable improvements to the new Evolution LTX. Other notable design features include an innovative line channel for cleanly hiding arbor knots when winding on backing, as well as an engraved leader loop on the frame. The leader loop allows you to run your leader & tippet along the outside of the frame when you're not fishing and eliminates those pesky leader kinks.

ON THE WATER REVIEW

As I mentioned previously, I’ve had the opportunity to fish the Ross Evolution LTX 5/6 in Platinum over the course of the past six months. I’ve fished it in Florida for snook and baby tarpon, and throughout Colorado and Wyoming for fall and winter trout. After six months with this reel, I can confidently put my stamp of approval on it. It has demonstrated the ability to put the brakes to hard fighting snook and has handled finicky tailwater trout on light tippets.

I’ve been super impressed with the fit and finish of the new Ross Evolution LTX. The machining is second to none and the attention to detail is readily apparent. Subtle touches like the line channel on the arbor to hide the arbor knot and the engraved leader loop improved my experience on the water. The bronze drag knob with the iconic double R is undeniably impressive. I’ve enjoyed the tackiness and feel provided by the canvas phenolic handle, as well. That handle excels when the reel is wet, as this unique Ross innovation increases grip when wet.

The Evolution LTX connected to a Florida snook...at night.

Of course, LT fanatics worry about the new LTX’s sound. Don’t fret or worry, the LTX produces a very familiar and very pleasing sound when a fish takes line. I have no qualms in saying that the new Ross Evolution LTX is an amazing trout reel from our good friends at Ross Reels. Additionally, with the increased strength of the drag system, the LTX proved to be a worthy light saltwater reel, as well. From the Front Range to the saltwater, the new Ross Evolution LTX Fly Reel is an amazing combination of Ross’ past (the LT) and it’s present (the Evolution R). It’s definitely worth a look if you’re in the market for a new reel. Throwing fall streamers, the LTX put the brakes on this Colorado brown trout.

The Ross Evolution LTX Fly Reel is available for pre-order and is expected to ship in April.