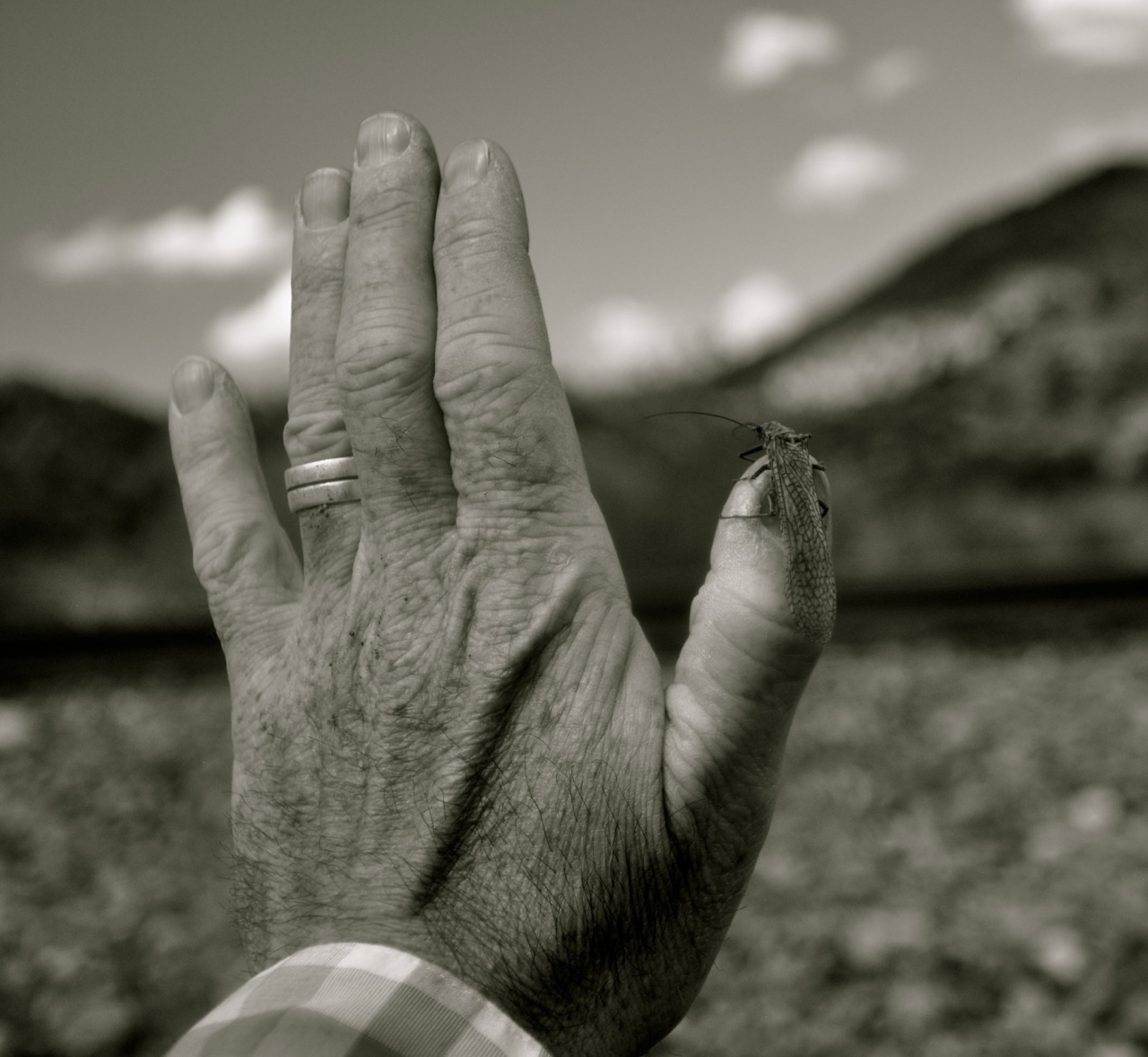 The first time I ever tried to hit a salmonfly hatch was on the banks of the Deschutes River in central Oregon. I did my planning, my research, and lined everything up with a buddy who lived in Portland. After a three hour flight and a 2 ½ hour car ride we arrived on the Big-D and immediately found giant salmonflies in the grass, willows and Russian olives.

They were seemingly everywhere.

Then, without ceremony, my buddy grabbed a bug and chucked it into the water. We watched it bounce slowly downstream on the water’s surface as it scrambled to get back onto the bank.

Once it was about a foot away from safety and big Oregon redside trout rose from the depths and crushed it.

We were ecstatic. It was on. We hit the hatch. I’m fairly certain we high fived.

Then, we headed back to the car, geared up and went fishing.

Over the course of the next nine hours I saw exactly one other fish rise. The salmonflies were in fact everywhere – in the grass, on the water, in my shirt, crawling on my sunglasses, and across the back of my neck and into my shirt. And the fish? They couldn’t care less – or… they had gorged themselves over the previous few days and were stuffed to the gills…. Or… they just weren’t keyed in on them.

And so goes the story of salmonfly chaser. When it is on… it is one of the most amazing fly fishing experiences you could wish for. When it is not on… it is pretty frustrating.

Here is a very basic and probably over-simplified overview of the salmonfly lifecycle. Salmonfly nymphs spend up to three years in the water. From there, they crawl from the river onto the banks. They then hunker down on rocks, tall grasses, limbs and branches of trees and just about anything else hanging over the river. From there they transform from nymph to adult form and emerge. Once the male and females mate, the females fly over the river, drop down and deposit eggs to start the whole process over again. 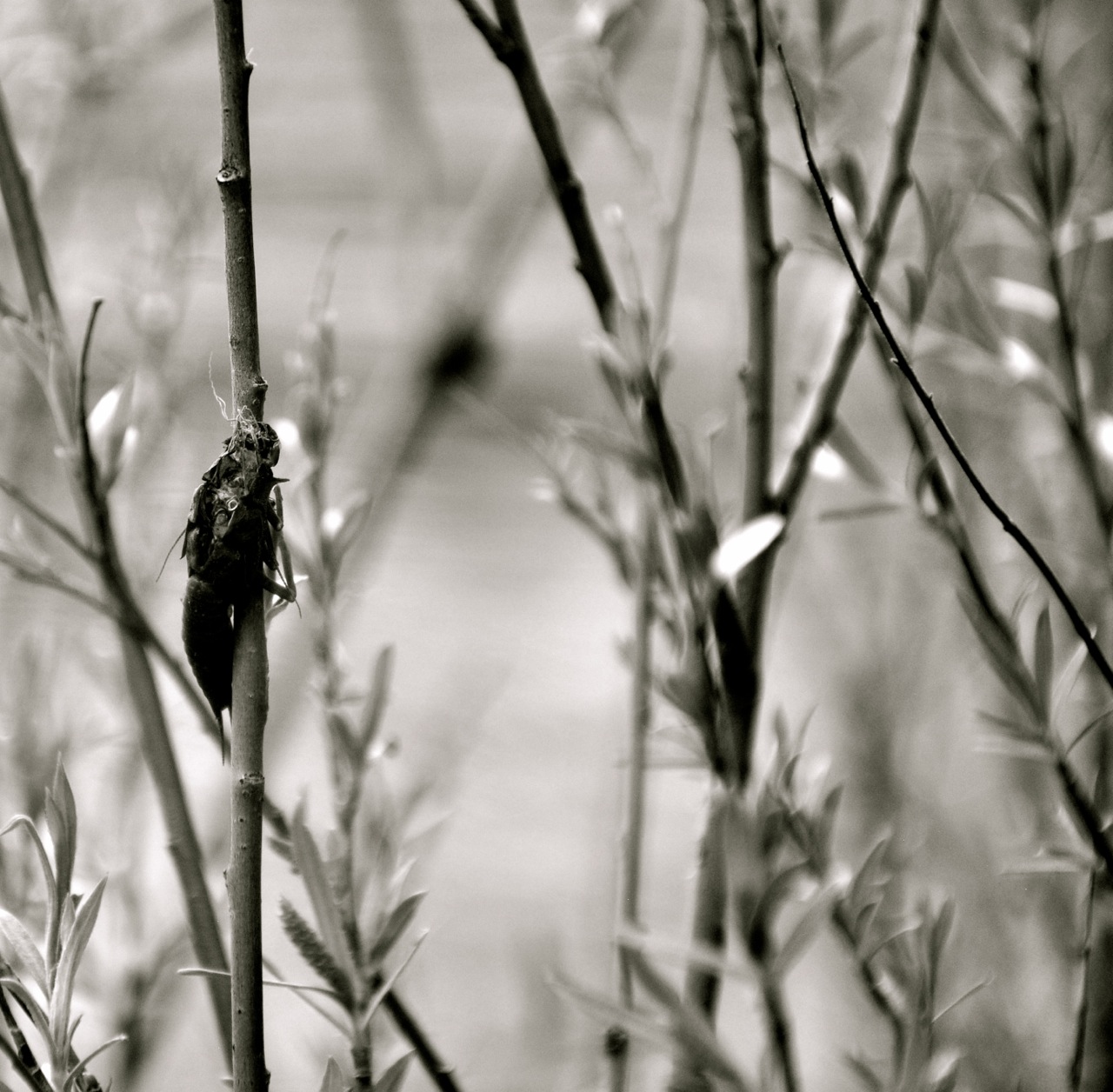 This salmonfly has hatched and long since flown the coop

A year after our failed attempt on the Deschutes I returned again. This time we nailed it. From two O’clock in the afternoon until the sun set we hammered fish using the biggest dry fly patterns I’d ever thrown. The last fish I hooked was in pitch-black darkness and I set the hook on the tell-tale sound alone: “Kabloooosh!” 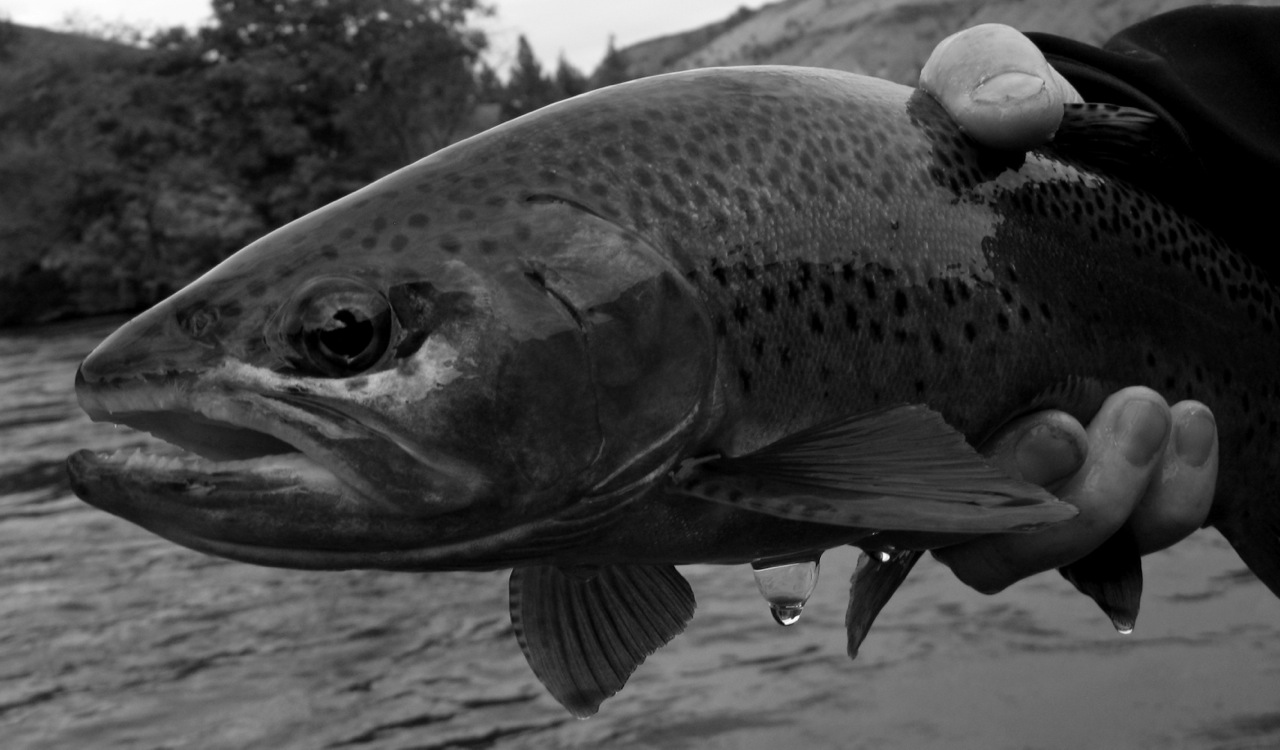 A salmonfly hatch typically lasts about two or three weeks here in Colorado and other Western States. In addition to being a short window that coincides with the onset of summer, the hatch also occurs around the same time of peak run off.

I’ll fish with stonefly nymphs year round here in Colorado. Hitting the salmonfly hatch - for me - is timing it just right when trout are keyed in on them on the surface. Then… look out. One strategy used by many anglers is to try to hit the hatch when the water level is dropping while at the same time the water temperature is rising.

This past weekend we chased the salmonflies again. A few buddies of mine concocted what I thought was a pretty ingenious plan all built on speculation, google-maps-conjecture, and supposition. 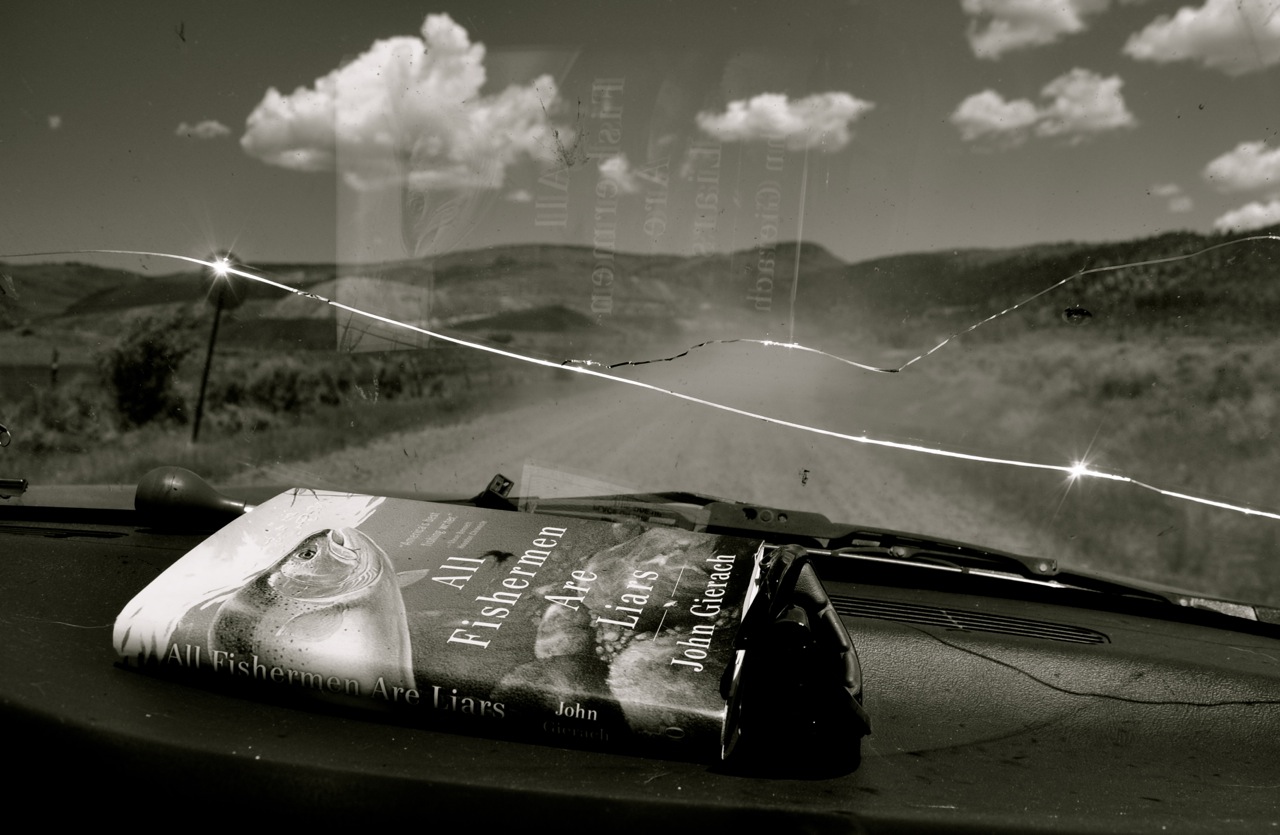 In the end, I found out that it is still pretty hard to triangulate mother nature. 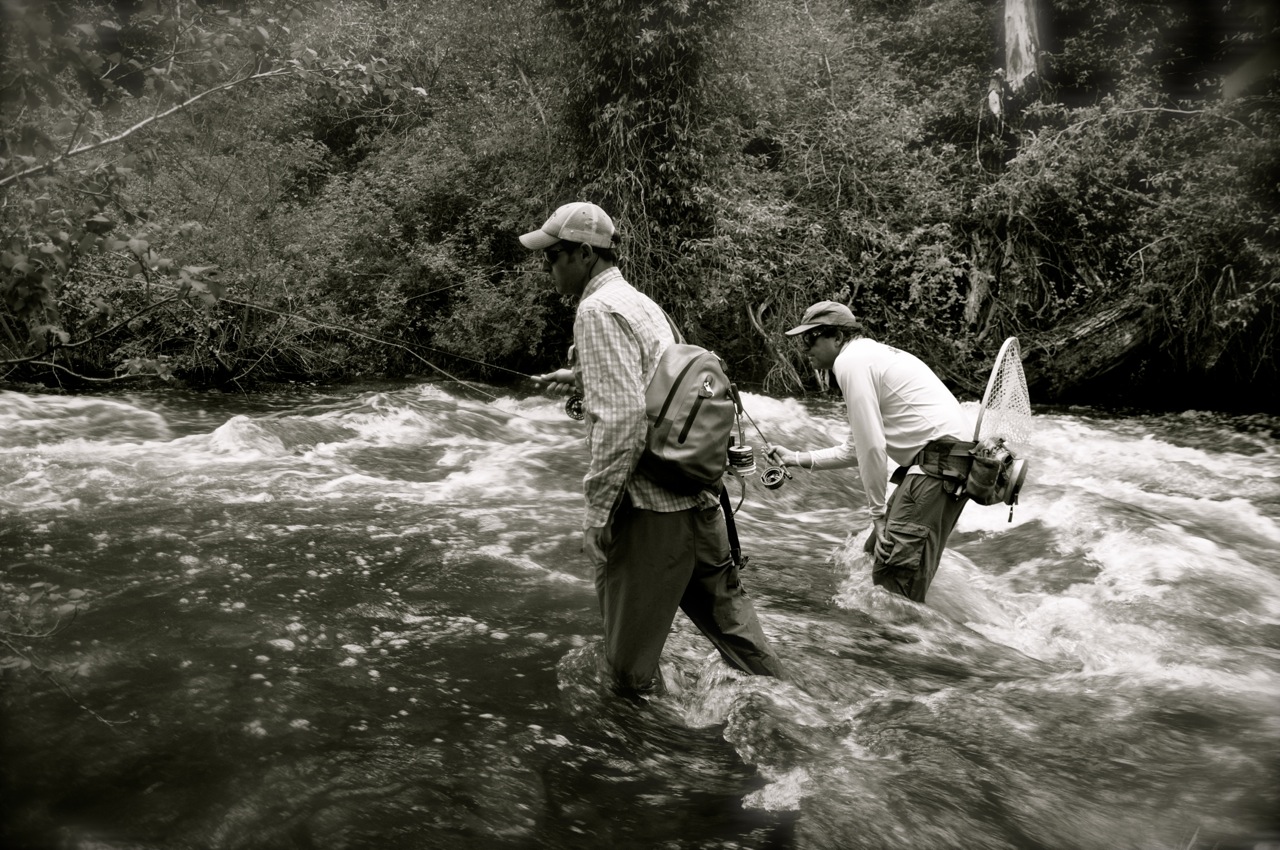 But… we finally found the bugs…

The fish, however, simply didn’t seem to care. The water was huge and off color. We saw very few risers but they were sporadic and impossible to reach without a boat. Other attempts to goad a strike tight to the bank went unrewarded. 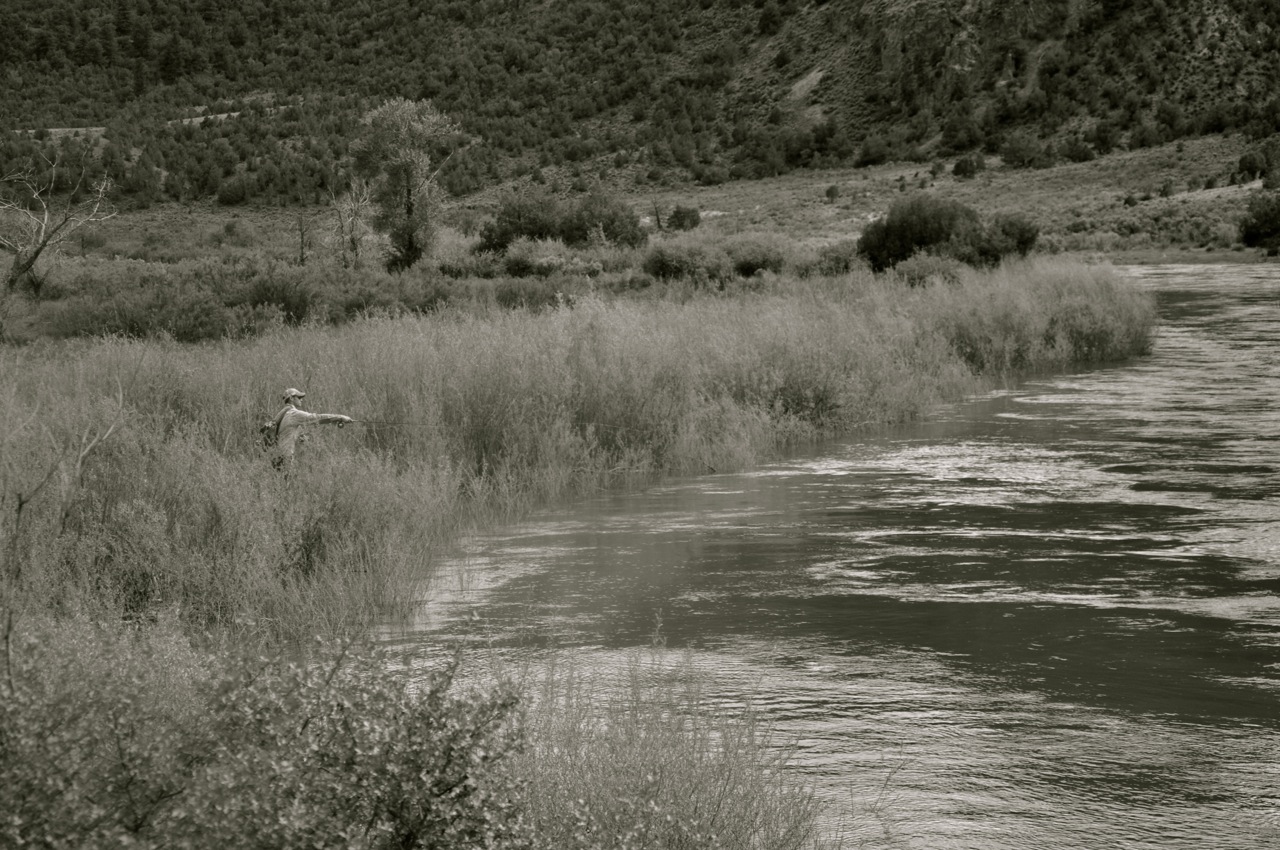 Sometimes that is the way it goes. Is that going to stop me from chasing salmonfly hatches? Not for a second.

This weekend a group of clients and I will get after it again. We may find them – we may not. The fish might care… or the fish may not. But I know that it will be an adventure. Stay tuned…