Sight Fishing is On Right Now!

Earlier this week, Kyle and I were sitting in our offices at Trouts discussing… you guessed it, fly fishing and he mentioned a technique called sight fishing. When I told Kyle I would be heading to Deckers on my day off, one of the first thing he mentioned is that the sight fishing would be on point! After discussing bug patterns, the weather and the overall conditions he said, “Spend more time actively looking for fish than casting.”

As I think back on previous conversations, my other coworkers had said this before and for some reason I never really took the time to let it sink in. As I approached the South Platte on Pine Creek Rd, I quickly decided to turn right instead of left at NightHawk. For those of you who don’t know, there is roughly 8 miles of public access to the right before the South Platte flows into the Strontia Springs Reservoir.

I drove about a mile or so and pulled into a public pull off clearly marked with the signature white P on a brown sign. After putting my rod together and throwing on my waders I looked up and down the South Platte and didn’t see another person anywhere. Stuck in my old ways, I headed to the river’s edge and immediately stepped into the river not thinking about fish holding on the sides. After my very first step, my Smith ChromaPops caught glimpse of a smaller Trout scurry into the current away from me as quickly as possible. After a silent “DuH” moment, I stepped back on the river’s bank and looked at the water in front of me.

Within 60 seconds, I spotted multiple rainbow Trout holding just 10 to 15 feet away from the river’s bank in an eddy behind a small rock. With the current flows in the 150’s I added two small No. 6 split shot to my leader and tied on a small green Copper John with a tan RS2 behind it. After a few casts, I was able to bring this guy to the net. 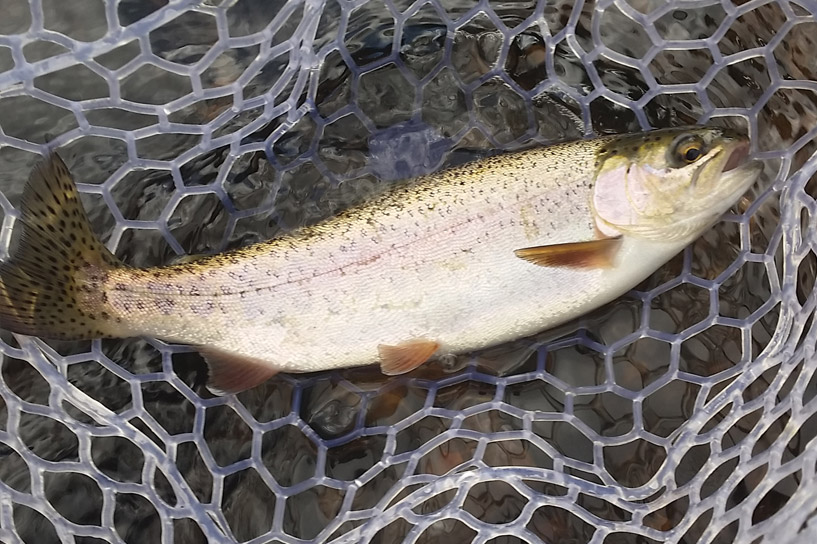 After about an hour, I decided to walk up and down Highway 97 to look down at the river and search for a bigger fish. From the high vantage point, I was able to clearly see into the river and could see the river bottom even at 2-3 foot depths. After a few minutes of hiking, I spotted a flash of light in the middle of the river dead center of a long riffle section. With a little more time and patience, I found myself staring down a decent size rainbow simply hanging out in the oxygenated water. As I approached the river’s edge, I carefully made my way through the thicket and prepared my fly rod for some action. With about 10 feet between my bottom fly and my indicator, I sent my fly line soaring and missed the fish completely on my first attempt. After completing my first drift, I tried again and successfully landed the flies 6 feet in front of the Rainbow. Within a matter of seconds, I saw the fish eat, I set the line and the fish took off upstream with my reel singing. After fighting the fish for a couple of minutes, walking up-river trying to keep up, he broke off around a rock and the line went slack. 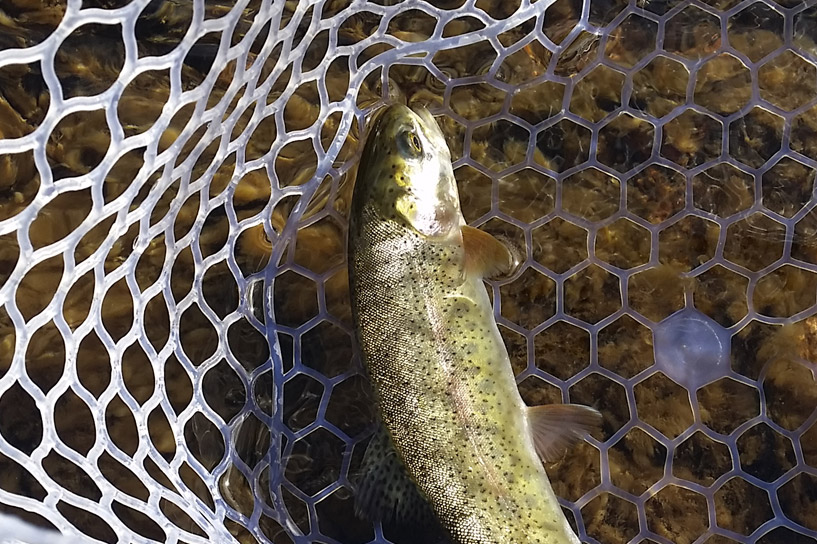 Wednesday was the first day that I actively spent more time looking for fish than casting. I was extremely surprised as just how many fish I saw, as I think back to all the trips I’ve taken this year, now knowing that I was probably stepping over, through and startling fish from the get go. The sight fishing is currently ON at Deckers and if you have time this weekend to get out, do it!

If you are looking for more information on fishing this time of year, check out some of these recent articles: