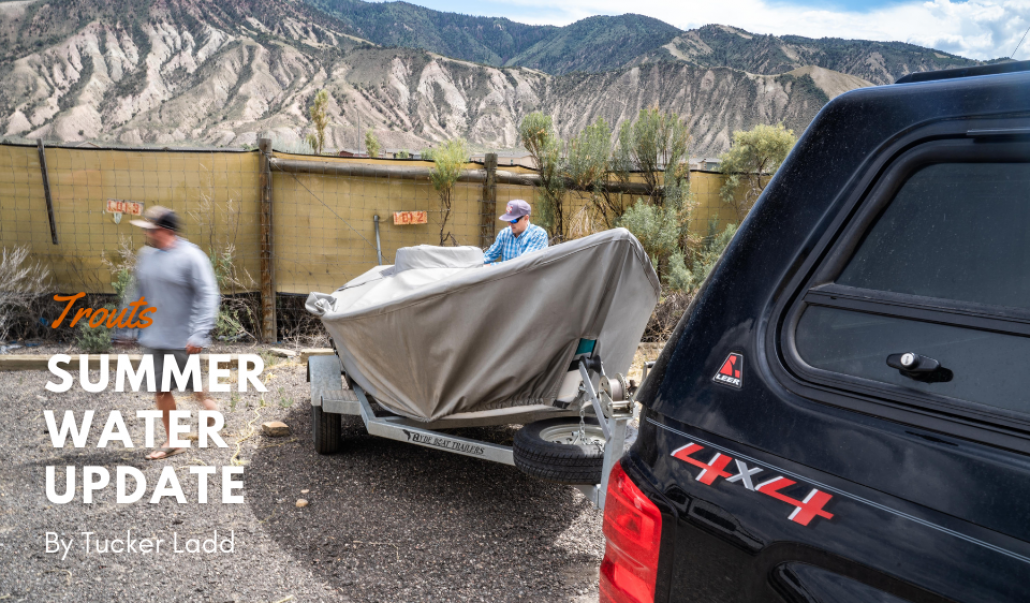 On July 7th, 2021 Colorado Parks and Wildlife (CPW) issued a voluntary closure on the Colorado River from Kremmling downstream to Dotsero, covering roughly 100 miles of river. As a native of the state and long-time angler, I can say that I have never seen this response from CPW in terms of a voluntary closure. There have been years when Wildlife Managers have asked for people to not fish on specific rivers at certain times, and often outfitters in certain areas work together to promote approved fishing hours with fishery health as a priority, but for CPW to close the Colorado was unprecedented and in a very positive way.

The realities of this particular situation were unique, in that the cause of the closure was both the current drought we are experiencing, and mismanagement of our mountain water, which has plagued the state of Colorado for decades. The official reason for the closure was CPW’s aquatic biologists' concern about critically high water temperatures and possible low dissolved oxygen.

“With the high sediment load, the fish can’t find clear water,” said CPW Aquatic Biologist Kendall Bakich ``They've got to sit through those conditions. And at nighttime, the temp isn’t coming down enough, so there’s no recovery for those fish right now. They’ve just got to hang on.”

This makes total sense, but what CPW failed to identify is the cause of the high water temperatures and sentiment load, which is a direct result of the dismal flows coming out of the 3 major reservoirs that sit in the Upper Colorado River basin: Wolford Mountain Reservoir, Williams Fork Reservoir, and Green Mountain Reservoir. During the initial shutdown, 2 out of the 3 reservoirs were releasing less than 100 cfs of water, leaving the namesake river nearly dry.

Fast forward less than a week, and water managers for the two reservoirs with minimal flows have now increased their releases, providing 900+ cfs of water to the Colorado River at Kremmling. As a result, CPW yesterday announced that they were re-opening the Colorado River from Kremmling to State Bridge, with more openings coming as flows increase. This is great news, and I am thrilled that our state agencies were able to work together to resolve this issue.

This does not mean we don’t need to be concerned about the low water, and high water temperatures we are seeing in some areas. There is no debate that we are experiencing a drought, and it does not lend itself to ideal fishing conditions on some rivers, but as I have been saying for the past 20 years, Colorado offers the most diverse and accessible fisheries of any state in the country. From rivers, to high-country lakes, various warm water opportunities, there is never a time during the year where one can’t get out and fish. The difference this year is that we all need to be flexible, adaptable, and up for the challenge of maybe fishing in a place, using a technique, or chasing a species of fish that we may not be familiar with.

This is where Trouts can help, as it is our role and responsibility to our community to be there to share our knowledge and experience, whether that be gear, education, or general advice. Whether it be learning to catch carp on a fly rod, or how to best prepare for a trip to a high-country lake, or you’re just getting into fly fishing and you don’t know where to go, Trouts Fly Fishing is here to help you ensure quality time on the water. And always remember, our home is your home, or maybe we’ll see you on the water.