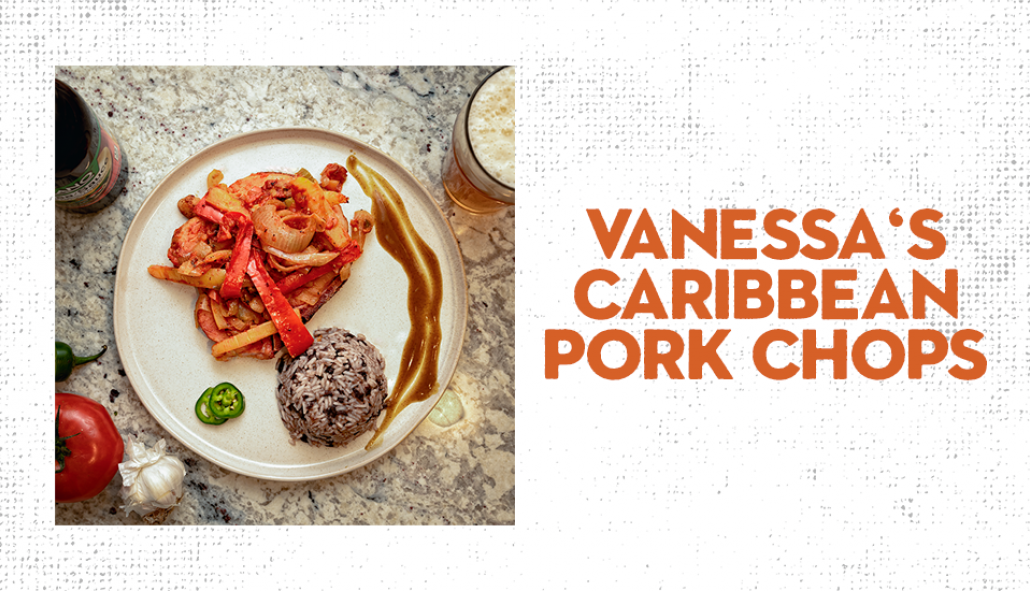 Expanded from The 2020 CURRENT | By Will Rice

When I first asked Vanessa to reveal her secret recipe she just laughed.

“No, no, no…” she said, and headed back into the kitchen.

We had just finished up Vanessa’s Caribbean Pork Chops after taking a jungle tarpon beatdown at the mouth of the Sixaoloa, a wide, murky river that for some of its’ course, separates Costa Rica and Panama to the south.

That first night my friends and I lamented about the tarpon I had watched eat a fly, get strip set by my buddy, run, jump, run again…. Pause slightly before running back to the boat. There were three of us fishing out of two pangas patrolling the inshore for rolling fish. Ten minutes after those aerial acrobatics my friend’s guide reached down into the water and retrieved a massive yellow jack – but no tarpon.

“What the…. That was a tarpon for sure,” I said to my guide, Carlos. We were less than 100 feet from the other boat. “That was for sure a tarpon that jumped.”

“Tarpon took the fly…. split the fly… Jack was chasing and the jack picked up the bait,” Carlos said. Matter of fact.

On our second night in the jungle we didn’t have pork chops, but I asked Vanessa about the recipe again. They were so good – smoky, saucy, spicy… if you could conjure Caribbean cooking in all of your senses, her pork chops were it. Once again, she declined with a polite laugh.

That night we talked about a big fish I hooked that day. It was bigger than any fish we hooked all week – and most certainly the biggest fish I had ever touched in my life. It grabbed my fly mid-strip and my rod and reel were almost swallowed by the ocean. It took off in one blistering run, jumped twice and quickly separated my class tippet in between the Bimini knots of the hand tied leader.

It was as if I showed up at a gun fight with a Swiss Army knife. Game over.

On our second to last afternoon after fishing we sat at the wooden table trying to fix a disaster. My pal Mike had hooked and fought a tarpon we estimated to be in the 80lb range – it was a great fish. As he brought it to the boat to be landed, unhooked and released… something went wrong.

I looked down at his reel and it had literally broken in half. I reached for the spool as it flopped to the floor spilling out fly line and backing like multi-colored florescent intestines. The fish felt something had changed, and the odds tipped in his favor. It did a massive headshake at the side of the boat, exploded the leader and almost shattered the rod.

For three tarpon neophytes, we were getting our asses handed to us.

As we sat at the table later that evening, trying to un-knot the backing and fly line from the exploded spool, Vanessa sat down and began to help us out. She methodically worked on the line until most of the major tangles were out and we could put it on another reel.

“We’re having pork chops again tonight,” Vanessa announced. She then brought out a pile of peppers, onions, celery, and garlic. “If you want to learn, you can start chopping.”

In the end, I think she just felt bad for us. But that evening I was able to watch Vanessa through every step of the process. I took copious notes and once again we savored the flavors of the Caribbean knowing we’d have another tough day on the water to follow.

It was an early lesson in my fishing career that you might not always land the fish of your dreams, but every trip you’ll find something to bring home and remember.

Epilogue. When I returned to Denver I set out to re-create the Caribbean magic. I remembered that Vanessa specified that I get smoked pork chops – not the normal chops you find in a grocery store. I searched around a bit but smoked pork chops were hard to find. Finally, I stopped down at Oliver’s Meats on 6th Avenue (in between Gilpin and Williams Street) and hit the jackpot.

Will Rice is a Freelance Journalist and his work has been featured in The Denver Post, The Drake Magazine, The Flyfish Journal, Fly Rod & Reel, Saltwater Fly Fishing, Outside Magazine.com, and Angling Trade, among other publications. He is also Creator, Writer and Producer of Down The Path – a missing persons podcast released in the spring of 2019. Will sums up his writing this way: "I have always had one guiding philosophy for my outdoor and travel writing: I am not alone," says Will. "If I think something is cool or have a kick-ass experience, there are a ton of other folks who will be interested in hearing about it and best case entertained - and possibly even inspired to get out and do something new. Pretty simple stuff." For questions or comments, Will can be reached at williamhrice72@gmail.com.