The Problem With Pebble: An Interview With Scot Hed 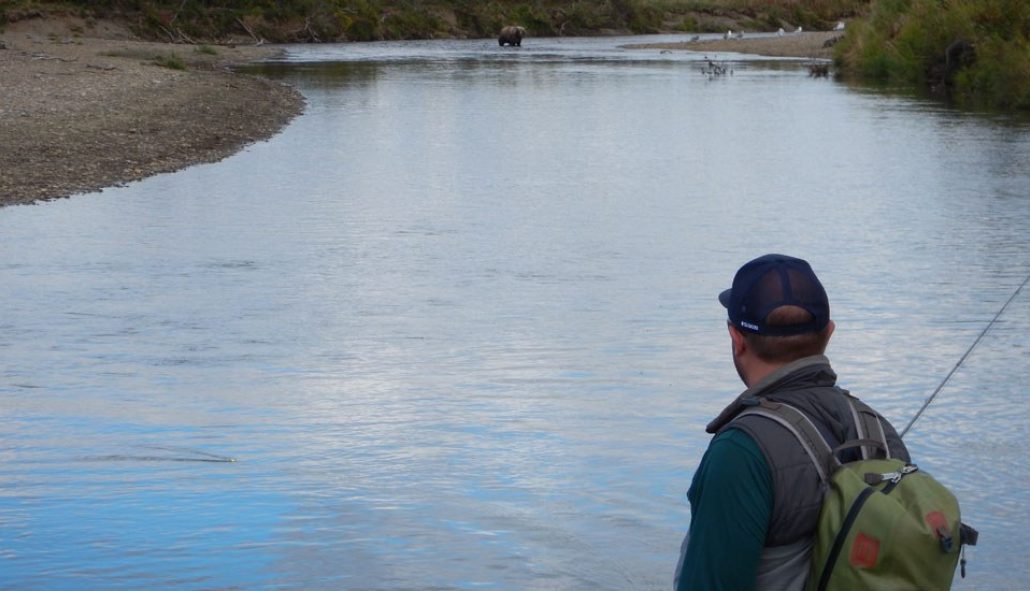 I'd be willing to bet many of you have never heard the name Scott Hed- even though he was the 2014 Fly Rod&Reel Angler of the Year- so let me get you up to speed. Mr. Hed is the Director of the Sportsman's Alliance for Alaska, a group dedicated to protecting the wild and natural resources of Alaska, and ensure they remain available for outdoorsmen and women to enjoy for years to come.

Trouts: The term ‘Pebble Mine’ is certainly not a new one to the majority of outdoorsmen and women out there. However, in an attempt to make sure everyone is on the same page, please give us a quick synopsis of exactly what Pebble Mine is and what brought it to the national spotlight.

SH: I’d agree that the majority of fly anglers have heard of Pebble Mine, but you’d be surprised at how many outside the world of fly fishing are unaware of this issue. The short version = Bristol Bay, Alaska is home to the world’s most productive wild salmon fishery and is one of the planet’s premier sport fishing destination – especially for those who dream of chasing all five species of Pacific salmon, huge wild rainbow trout, Dolly Varden, char, grayling, and pike in big, wild landscapes. At the headwaters of two of Bristol Bay’s most prolific rivers, foreign mining interests have proposed building one of the biggest open-pit mines in the world. Shorter version = Pebble Mine is the wrong project in the wrong place.

Trouts: What was the initial event that caused you to become so passionate about preventing the development of this mine, and essentially devoting your life at this point to this cause? What was your path to get to where you are now?

SH: The path to where I’m at today isn’t a direct one. I’ve got a degree in economics with a concentration in accounting. I worked in the commercial finance industry for my first decade after college. I had started visiting Alaska on vacations and fell under its spell, as happens to many people. When the company I was employed by was sold twice in a 12-month period, I faced the proverbial fork in the road. I could stay with the company and continue up the corporate ladder, or I could take a leap of faith and see what else was out there. (Interesting side note: Flip Pallot, whom I’d never met, answered an out of the blue email I sent him and gave me some sage advice that contributed to my having the guts to walk away from my comfortable career and pursue my passion for wild places and conservation. Thanks again, Flip!) I accepted a 10-month severance package, and headed north for five weeks in the summer of 2001. Through that trip, I met some folks who ended up offering me a contract to conduct outreach on Alaska conservation issues in the upper Midwest. I’ve worked on Alaska conservation ever since. Then, around 2006, my boss asked me if I’d like to get involved on the ground floor of an effort to protect Bristol Bay from the proposed Pebble Mine. Nobody in the Lower 48 had really heard of this threat, so I had the good fortune to travel around the country talking to sportsmen and women about Bristol Bay and recruiting an army of anglers and hunters to come to its defense when the time was right. I’ve had the tremendous good fortune to work alongside a lot of passionate and hard-driving people in this campaign and to meet some incredible friends along the way. It’s hard to believe it’s been 9 years, but when I reach the end of my days, I know I’ll have no regrets for how I’ve spent this part of my life.

Trouts: Your job title designates you as the Director for the Sportsman’s Alliance for Alaska. What exactly is the SAA?

SH: The SAA is a project to inform anglers and hunters, groups to which they belong, companies in the sporting goods industry, and the outdoor media about Alaska conservation issues. Alaska holds a special place in the hearts and minds of America’s sportsmen and women. SAA tries to capitalize on that interest and engage this audience in efforts to ensure Alaska remains the Last Frontier that we all dream of visiting. I get to work with a diverse set of allies – from catch and release anglers and makers of fly fishing gear to big game hunters and firearms manufacturers.

Trouts: Why should people be concerned about the preservation of this piece of land? Wouldn’t mining provide countless jobs and be great for the local economy from the revenues produced?

SH: The fight to protect Bristol Bay is widely recognized as perhaps the pivotal fisheries conservation battle of our lifetimes. When we are victorious, it will serve as a template for what incredible things can be accomplished when diverse interests band together for a common goal. On the flip side, I hate to imagine what would happen if Bristol Bay were turned into a massive mining district. That would beg the question “Is anything off limits? Or are we destined to destroy everything in the name of ‘progress?’” There simply have to be some places that are inappropriate for industrial development. While mining would no doubt provide jobs, they’re far from “countless.” In fact, the Bristol Bay economy is valued at $1.5 billion today, and it employs 14,000 people annually. That’s how much this fishery contributes, and it’ll continue as long as the fish return. To risk that for a much smaller number of mining-related jobs that would only be around until the materials ran out makes little to no sense. And it must be noted that the local sentiment has been strongly in favor of keeping mines like Pebble out of Bristol Bay. Those that are being promised the benefits are largely saying “no thanks.”

Trouts: How have you seen the Pebble Mine issue evolve over the years? Who are the main proponents of the mine that the public should be aware of?

SH: The Pebble campaign was born in Bristol Bay, and radiated outward from there. In the early days, outreach was conducted in the region, as folks educated themselves on what, exactly, a huge mine would mean for Bristol Bay. Then, the word began to spread in Alaska, and finally it was recognized that people from all over the country would have a role to play in defending Bristol Bay. In my particular part of the campaign, we began by doing outreach in the fly fishing community because that audience would be most familiar with Bristol Bay and easiest to get engaged. After a few years of working with the fly community, we started broadening our sporting outreach to include conventional angling and sport hunting. In the bigger picture, there have been many groups from outside the sporting community that have been involved in generating awareness and support from around the country.

The main backers of Pebble these days are few and far between. Over the past several years, the Pebble Limited Partnership has suffered the departure of three giants in the global mining industry: Mitsubishi, Anglo American, and Rio Tinto have all divested. That leaves only Northern Dynasty Minerals – a junior mining company from Canada, and truthfully they’re nothing more than a promotional outfit these days. No exploration work is being done at the site, and what money they do have (coming from shady hedge funds in the Cayman Islands, no less) is being spent on litigation and lobbying Congress – anything to drag out the campaign, and keep the Pebble project on life support.

Trouts: What issues/facets of the proposal do you feel like are being the most ‘sugar coated’ to the eyes of the public?

SH: I think the biggest fallacy being promoted is the notion that Bristol Bay can have large-scale mining development and a thriving fishery. Studies have concluded that mining of the scale proposed in Bristol Bay would have significant harmful impacts on fish habitat and the fishery would suffer for it. One more time: Pebble is simply the wrong project in the wrong place.

Another one the Pebble tries to put over on people is that the EPA has vetoed their project. That’s a flat-out lie. EPA has proposed some common-sense restrictions on anyone wishing to develop a mine like Pebble in Bristol Bay. They’ve not said “no,” and Pebble could apply for permits tomorrow if they wanted to.

Trouts: Anything else you’d like the Trouts contingent to be made aware of regarding Pebble Mine?

SH: The biggest thing to realize is that Pebble is not dead. We’ve made a ton of progress, and to use a football analogy we are deep in the red zone. But that’s often where the defense stiffens it resolve and those final yards are the most difficult to gain. Pebble is desperate, and they’re not going down without a fight. Anglers have to remain in the fight until we see Bristol Bay protected. That means, you need to contact your members of Congress and tell them to support EPA’s use of the Clean Water Act in Bristol Bay…and to oppose Pebble-backed efforts to roll back the CWA. EPA simply has to be allowed the chance to finish the job.

Trouts: What is the best way for people to get involved with/support your cause?

SH: Visit www.SportsmansAlliance4AK.org, sign up for the SAA newsletter, and follow Save Bristol Bay on Facebook. That will keep you informed, and let you know when it’s time to take action. 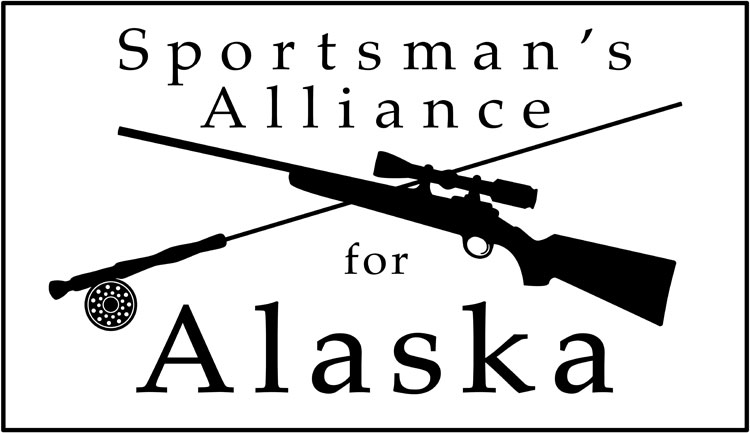