The Things They Carried: Ascension Bay

We were able to catch up with Tucker Ladd, Owner of Trout’s Fly Fishing, right before he walked out the door and hopped onto a plane with his wife Whitney bound for Ascension Bay, Mexico. Tucker was able to share a bit of the planning process as well as goals and aspirations for the trip. Ascension bay is located on the Yucatan Peninsula just a few hours drive from the popular vacation destination of Cancun. This area of Mexico is known as one of the most prolific “Grand Slam” fisheries on the planet - where anglers get a shot at bonefish, permit, and tarpon all in a single day. Tucker has spent time fishing saltwater flats before - but for Whitney, sight casting to bonefish, tarpon and permit is a whole new game.

Trout's Fly Fishing: What about Ascension Bay was appealing? You basically could pick a location from around the globe, why Ascension Bay?

Tucker Ladd: I’ll be traveling with my wife on this particular trip, so finding a fishing location that would appease her as well was priority #1. When it comes to chasing bonefish, permit, tarpon and snook, there are few places that offer the quality fishing experience as Ascension Bay, particularly for novice flats anglers. The other huge draw of this fishery for me has always been the ease of travel and access. We’ll leave Denver at 11am, and be sipping a margarita on the beach by cocktail hour, can’t beat that.

Tucker Ladd: The Grand Slam Lodge is a fairly new operation in the Ascension Bay area. With a lot of traditional “fishing” lodges already in the region, Grand Slam is hoping to capitalize on a more family/significant other friendly environment. More of a boutique hotel than a lodge, Grand Slam offers more luxurious accommodations than other lodges in the area, as well as a different eating arrangements with an on-site restaurant and bar. So while my wife loves to fish, it is nice to know that if there is a day when she’d rather be on the beach than the boat, that she would have a great time on her own.

Trout's Fly Fishing: Talk about the species that you are interested in? Bones, permit, tarpon, snook, cuda?

Tucker Ladd: I’ve always been a bit superstitious when it comes to “naming” species I’m going to catch on trips like this. Ascension Bay is notorious for offering anglers great shots at all of these species; I’m trying to go down with a more open mind with few expectations. As long as the beer is cold, the sun is shining, and the fish are eating, I’ll be plenty happy. If I happen to get a shot at a permit or two, or maybe the occasional tarpon or snook, well than so be it. 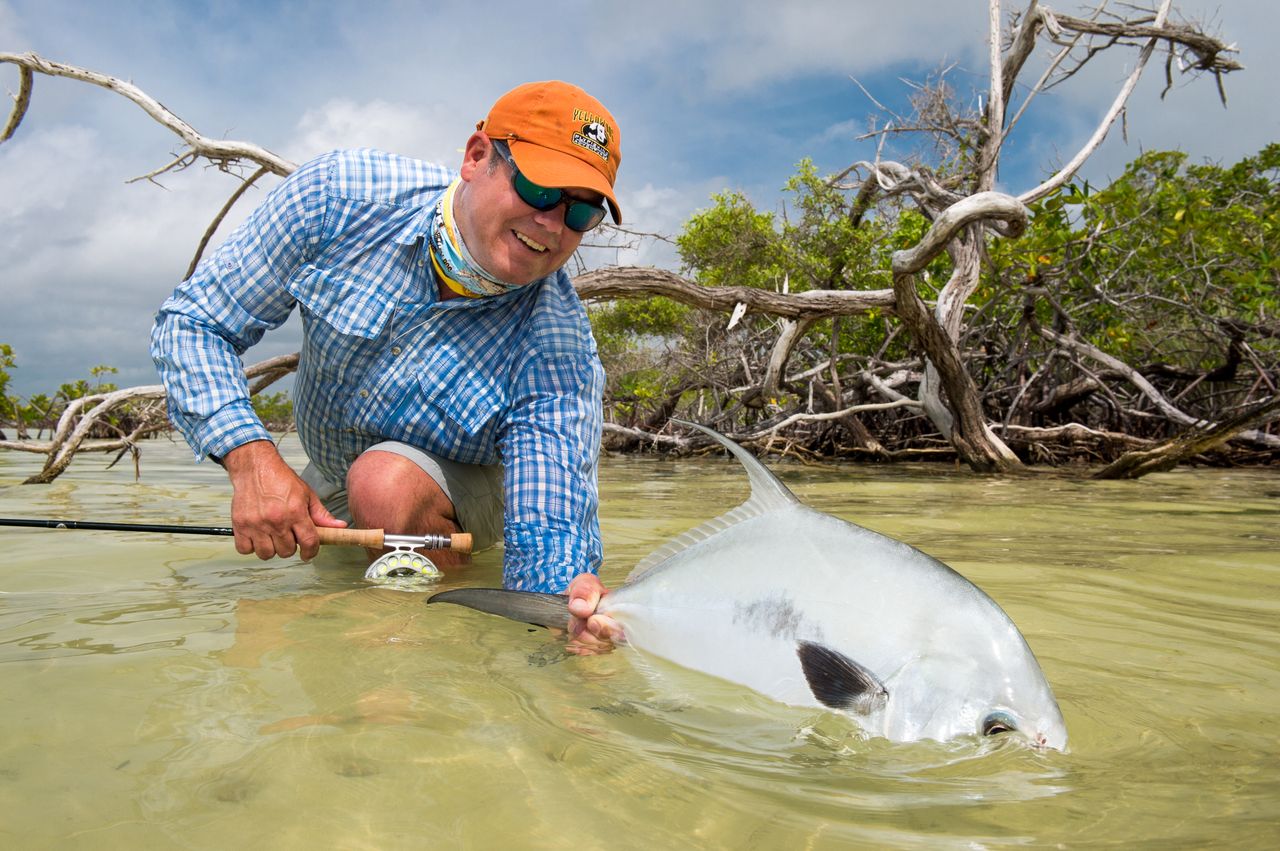 Trout's Fly Fishing: Let’s say your fishing partner/wife hooks a bonefish and a permit. Are you going to be cool sitting in the back of the boat while she chases tarpon for the rest of the day?

Tucker Ladd: Nothing would make me more happy and proud to see my wife score a Grand Slam.

Trout's Fly Fishing: What about preparation? Have you learned any new knots? Purchased any new piece of equipment? Bought an special outerwear or accessories?

Tucker Ladd: Being the owner of this store, I find it imperative that I fish the newest gear and put this stuff to the test before our customers have a chance to take it to the water. For this trip, I’ll be sporting a full line of Sage ONE fly rods (7wt – 10wt), Abel and Hatch fly reels, a full assortment of Rio fly lines, leaders and tippets, in addition to Fishpond bags, Simms apparel and some great flies from Umpqua.

Tucker Ladd: I’ve always been more of a brown water person, so you can bet that there will be some 12-year Macallan on hand. But I’m not one to pass up a good margarita or tequila, in which case I’m going to have to go with a good Anejo.