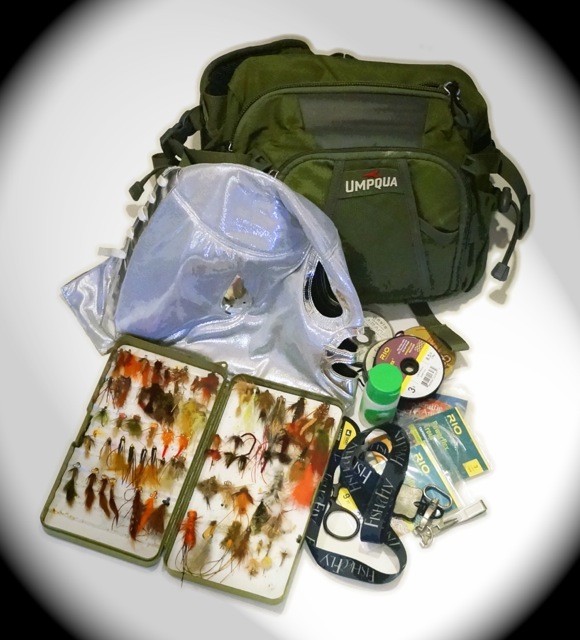 With the Carp Slam just eight days away I decided to get out and after it one last time before the fly fishing moratorium kicked in (Carp Slam competitors are not allowed to fish any of the beats seven days prior to the event). My plan was to hit the Denver South Platte River after work – with a very specific fish in mind. With the waning afternoon light and approaching thunderheads, I planned to return to the same section of river where I had been burned just a week before. I wanted a second crack at the fish that had taken me just about out to my backing before nonchalantly spitting my fly and kicking me to the curb.

Fishing on the South Platte River always feels like a bit of a gamble, and this plan was a long shot. One fish – one shot. Then I would call it an evening before the impending rain, head home and cook a New York strip.

That was the plan. By the time I made it across town the rain had already begun. When I reached the water the river was starting to turn into a weak batch of chocolate milk. I reached the bank where I should have seen fish just around 5:30pm and the river was black. I poked around for about 30 minutes, saw two cruising fish appear quickly - and then disappear just as quick - and decided it was time to pack it up.

Rick – who works here in the shop – asked me to text him with a fishing report. The report and text message exchange was brutally short:

Understanding this is a pretty lame fishing report as it stands, I decided to share what I’ll be rolling with at the Carp Slam. My philosophy is “less is more” on the South Platte so I’ll be traveling light. These are the things I’ll be carrying – so to speak. I’ll start from the ground up:

That is the gear I’ll be hauling to the banks of the South Platte River on Saturday morning, September 7th. At this point, I’m just hoping for clear weather and minimal rain events between now and Saturday.

So far this has been a great event - the amateurs who have entered the tournament have already raised over $7000+ for the South Platte River. And the fund raising isn’t over yet. If you want to see who is in the lead to win the fund raising grand prize (a brand new custom engraved Nautilus Reel), check out the Carp Slam Amateur Page.

If you want to check out the action on Saturday, teams of two will be strung out just about the entire length of the river as it runs through downtown Denver out to Brighton. Tickets for the “Evening For the South Platte” event are on sale here in the shop and online. These funds will also go towards the Denver South Platte River are tax deductible.

With the money raised so far and the prospect of hanging out with good friends and an organization of folks who are trying to improve Denver’s home water, I’m calling Carp Slam 7 a success already. Who knows… maybe I’ll even be able to land a fish this year – but don’t bet on it. Carp Slam is always a gamble.