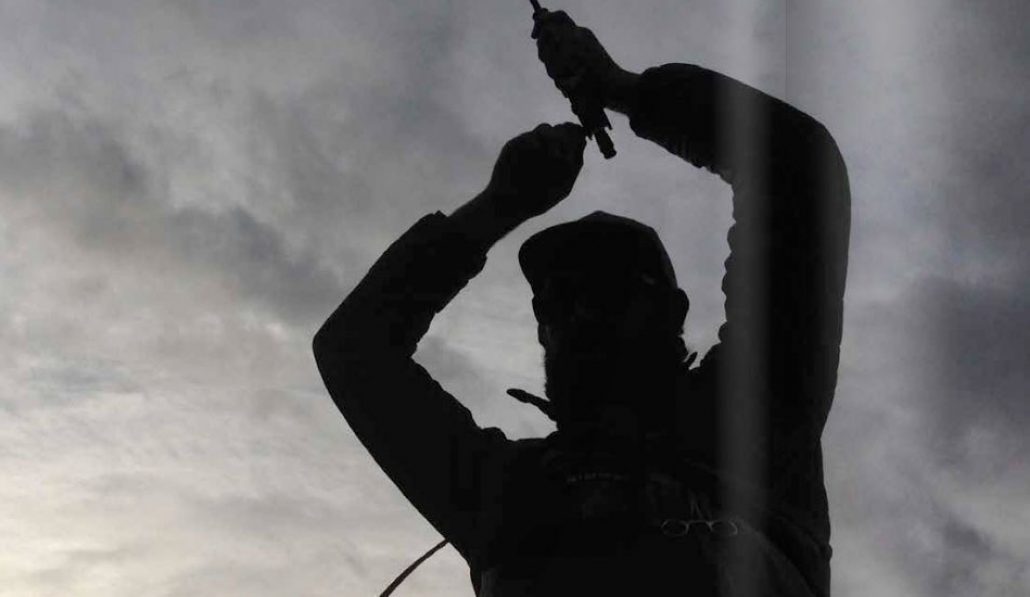 "Straight from our very own magazine The Current, here is a great little reflection about the relationship between fishing and the passing of time. If you're not out on the water right now, time is probably moving much slower than if you were. Funny how that always seems to be the case. " - Kyle Wilkinson

Time has surfaced again and again as an intriguing element in my angling. There are the ebbs and flows of passing time, but also recurring themes related to timing, all of which add to the greater sum of fly fishing. No matter how long the actual fishing day, events that transpire seem to have an effect on how the day passes.

How often do guides proclaim a certain time of the day to be better than others? A certain hatch will come off, the sun gets above or below a certain level, the tide changes, or a certain stretch of river is reached all at a particular time. The fishing will then get better, perhaps much better. When a guide tells you that it’s about time for the fishing to turn on, you get your shit together.

Two winters ago, some friends and I took a trip to trout fish in Argentine Patagonia. One evening we had dinner with a family of locals. The father of the family had only fished a few times but quizzed us in his second language on our trip and fly fishing in general. “What is the best time to be fishing?” he asked. This is not an easy question to answer. Aided by a Fernet y Cola buzz, we discussed and ultimately determined that “The Golden Hour” was the best time to be trout fishing.

Of course, The Golden Hour could be any hour of the day. From then on, whenever the fishing got hot for someone, they made it known to the others that it was indeed The Golden Hour. It’s funny to recall how my own fishing became more focused, casting more precise, when someone else declared the time as Golden. During one such hour - a sunny, mid-afternoon - a constant “Hwwwick!” could be heard coming from everyone’s lines as they were ripped off the water, setting hooks into foam-eating rainbows. One evening, remarking at the daylight that remained at 9:00 pm, we realized it was The Golden Hour again, yet we were not on the water!

In regards to keeping time, watches are the standard device. I’ve fished with and without one over the past couple decades, and a finite measurement of time has been an interesting addition. On some days, it is a necessary piece for minding water flow changes or for rendezvous purposes. On others, it seems the watch serves only as a way to verify how time can be distorted while on the water. Guessing the time after being on the water is always good for a laugh. In my guiding days, we prided ourselves on a bold watch tan that was burned with help from the cheapest, waterproof Walmart model. A watch-checking guide is either on point, or is counting down to happy hour.

A while back, I took an extended holiday to New Zealand, traveling and fishing my way around the South Island. In my fishing vest, among other questionably-necessary accessories was a watch face. It turned out to be fairly handy, or at least amusing, as I’d estimate remaining hiking distances, justify the timing of a meal or snack, or note how long I’d worked a single fish. At the beginning of one particularly lengthy hike into a hut along a river, I noted the time. Later, when I reached the first trail marker, I decided to check my speed. The watch face was nowhere to be found however. I searched all my pockets but couldn’t find it. I stopped hiking and assessed the situation: the trailhead was a ways back; the watch held no real financial or sentimental value for me; my desires to possess a time-keeping machine were mixed to begin with. I took this all to mean I was simply not meant to know the time on this trip, and continued on. When it doesn’t matter what time you get to where you’re going, what good is a watch anyway? I met and became friends with some other traveling anglers while on that trip, whose motto was “Right on schedule,” no matter what time it was. Enough said.

Time may pass in the most curious of ways while swinging flies for steelhead though. It’s no secret that a steelhead doesn’t come easily to a fly presentation so there’s ample time between encounters for contemplation while watching your line come around to the hang down, cast after cast. A single swing offers up plenty of time for one thought to lead to another, yet in reality may only last five or ten seconds. After a day of steelheading, I’ll sometimes wonder what I thought about while I stood there in the river, my fly swimming through the currents. Though the exact thoughts are lost, they were mine at the time, so they must be with me still.

One could say it takes a certain number of minutes to fish a run, but I heard one guide describe this time by the number of cigarettes he could smoke while fishing it. Large steelhead rivers are sometimes described by how many runs you can reasonably fish in a day’s light. No matter how you measure it, when you do see one or get a quick yank, time is definitely warped afterwards. Suddenly, the fishless day you were thinking about giving up on now doesn’t seem long enough.

Time’s slow passing while swinging a fly is rivaled by that distinct moment during which the angler waits to set the hook on a large, dry fly eating trout. In such instances, time will creep along while the jaws close. Witnessing an early hook-set is painful, especially when the trigger-puller knows what they’ve done. Words meant for consoling are rarely well-received. Once, after watching a friend blow three consecutive hook-sets on cooperative browns, the only thing I could think to say was, “Wait longer.” This was not helpful advice and his glare said as much. Waiting for a tarpon to turn, a trout to sink or a steelhead to get a mouthful is easier said than done. For better or worse, practice may be the only way to get better at this sort of timing. Meaning, you may have to fail a number of times before you get it right, but the more you do it wrong, the more reason to keep trying.

In spring, a new fishing season has anglers out of bed long before sunrise to maximize their fishing day and get in all the daylight they can. Conversely, long summer days can make an angler a little lazy. In some places, you can be on the water at the crack of noon and still fish for ten hours. Fall fishing is somewhere in between; you need to wait a little while for the river to warm up a bit, but the window is short before the shadows to get long. In winter outings, you’re so cold that you’d swear you’ve been standing in the water for a couple hours, only to check the time and see twenty minutes has passed. Either scenario might be beneficial or disastrous: more time on the water could warm things up, literally and figuratively, or the bite could’ve been missed completely.

Sitting on a riverside rock, waiting for sunrise and enough light to see the water, time will crawl. And then, all of a sudden you should’ve been casting ten minutes ago. In evenings, time seems to race when you’re looking at a setting sun and failing light. You can see the tailout or the next pool ahead but you’re not sure if you’ll make it there before dark. It took forever to get to dusk and now it’s gone before you knew it. Or maybe it’s the opposite; the afternoon’s hatch sped by and now the only thing keeping you from dinner and a cold one is a sun that won’t set.

Whether you keep it or disregard it completely, angling has a way with time. As galactic hitchhiker Ford Prefect put it, “Time is an illusion. Lunchtime, doubly so.”