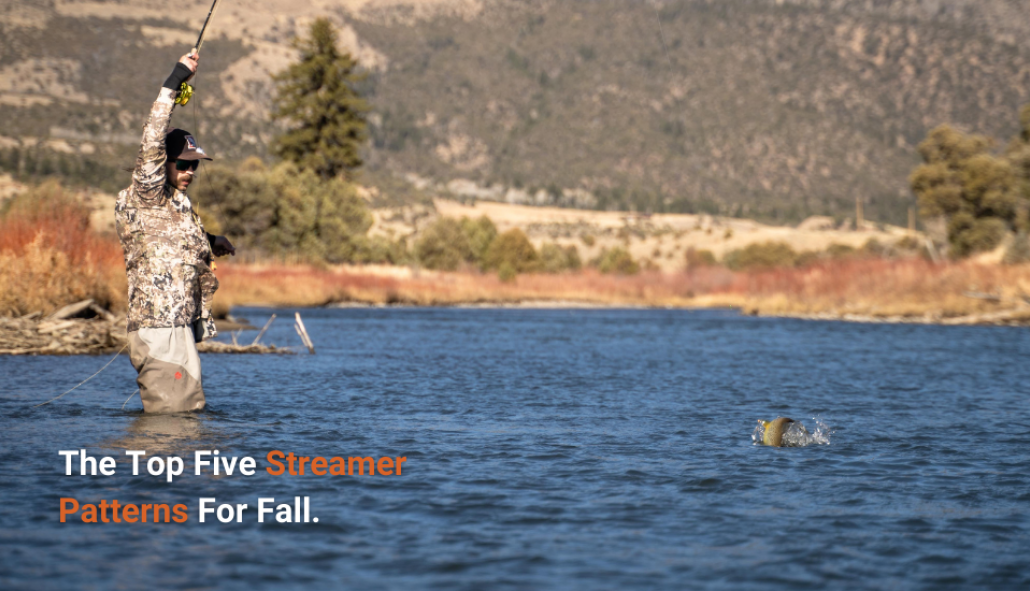 If you are around a fly shop during the fall months you may have heard the terms "Throwing Meat", "Working The Deli Counter" or "Big nasties". All these various fly fishing colloquialisms are references to fly fishing for trout with streamer patterns. It is that time of the season again where anglers flock to their favorite rivers and throw the biggest, gnarliest streamer they can get away with. Since it is that time of year, today, I am going over five streamer patterns to have in your fly box this fall. But, before I dive in, let's do a quick run down on these bad boys.

If I were to describe a streamer pattern quickly it would be a large shanked hook wrapped with a bunch of feathers and an obnoxious amount of flashaboo trailing off the bend of the hook. Honestly, that's pretty much it. But let's look at this a little bit closer. When we look at the various flies that fill our fly boxes we are pretty aware of what they are imitating. You know, hoppers are imitating various grasshoppers, ants, beetles, and dry flies are imitating a number of gnats, mayflies, or caddisflies but, what are streamer patterns imitating? A majority of the time, streamer patterns are imitating baitfish, leeches, crayfish, minnows, or sculpins. All are enticing and hefty meals for various trout species especially brown trout. But, why do streamer patterns work?

In the early fall months (September), brown trout start to prepare for their spawning season, during this time brown trout become aggressive and territorial. And, like any territorial being, brown trout will chase down, smack and strike at anything that gets in front of them. That is the short reason why streamers work. But, for those interested here is some more clarification. Typically when fishing streamers, you are tossing them tight to the banks, where brown trout typically hold this time of year, once your streamer is in the water, you strip, twitch and stop your fly as you see fit. If presented properly in front of a big brown, the brown's territorial instincts will kick in and lead to one of the most aggressive strikes you've ever had. Oh, and one of the most thrilling fights you've ever had if you remember to set the hook right. MAKE SURE TO STRIP SET PEOPLE. Now that we know the quick and dirty of what streamers are imitating, and why they work, let's go over the five patterns you should have in your fly box this fall. 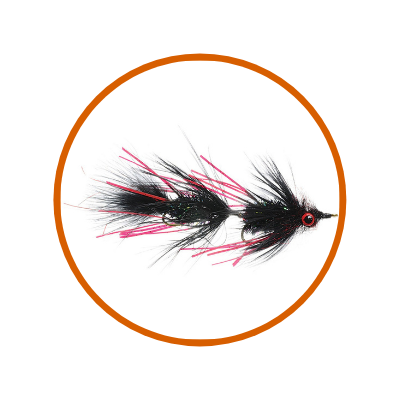 Originally designed for the waters around Traverse City, Michigan the Circus Peanut might be one of the best streamer patterns ever created. This fly was originally designed by the famed Russ Madden for Kelly Galloup. The fly casts like a dream and the double articulation in the fly provide a ton of action. Personally, I would be throwing the color white or black this time of year.

One of the most consistent produces when it comes to single hook streams, the Lil Kim is perfect for this time of year. Fish it from the banks or in a boat, this fly will perform. The copper cone head allows the fly to get down quickly into the strike zone so hang on tight. Make sure to have the gold and copper colors in your fly box. 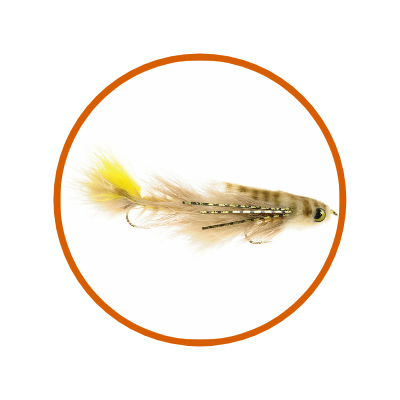 ​It started as a Matuka meets Wooly Bugger. But the finished Double Gonga has well thought out features: Bugger tail of dense marabou, but a fuller wrapping of schlappen for greater profile and motion in the water. Lead eyes on the underside of the hooks to ensure it rides hook down. I really love the crayfish colorway this time of year. However, the tan/yellow or rainbow are consistent producers as well. 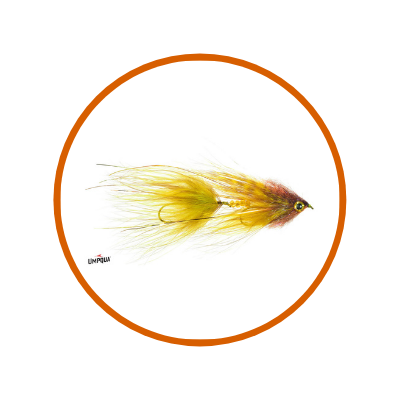 Articulated, larger and swimmier version of the original Hippy. Meant to be fished slowly to let the marabou breathe. Fish it through pockets and deep slots and jig it along. Hidden cone spreader and ample lead wraps to stay down. 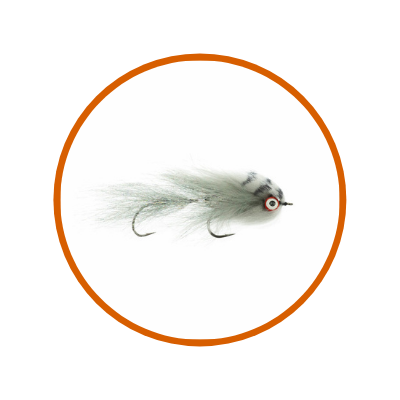 “For as long as I have been tying streamers I have had the most success (with trout) with smaller streamers. The Double Fuego is my favorite articulated streamer to fish and is much smaller when compared to other articulated streamers in most fly shop bins." The Double Fuego was created at my bench when I was thinking about how good of a fly Cheech’s Articulated Trout Slider is and I wanted something smaller than that fly but still utilized Metallic Ice Dub which I feel is really what makes the Articulated Trout Slider have such killer action. My most favorite color is white this time of year, especially if it is a bright day this fly with flash and sparkle like a diamond in the water.

When it comes down to it, fly fishing streamer-style patterns are nothing new and actually have a long history within the fly fishing community. Heck flies like Allies Favorite or The Blue Devil are some of the most cherished and original fly patterns there are and, as fate would have it they were designed to imitate baitfish patterns. If you are new to fishing streamers this quick list is a perfect place to start however, once you land your first fish on a streamer you will not look back. If you are a seasoned veteran when it comes to streamers, hopefully, you already have these patterns in your box. If not, make sure to stock up before they are all gone! If you liked today's read or have any patterns you think I missed let me know at brandon@troutsflyfishing.com. Enjoy the week y'all.