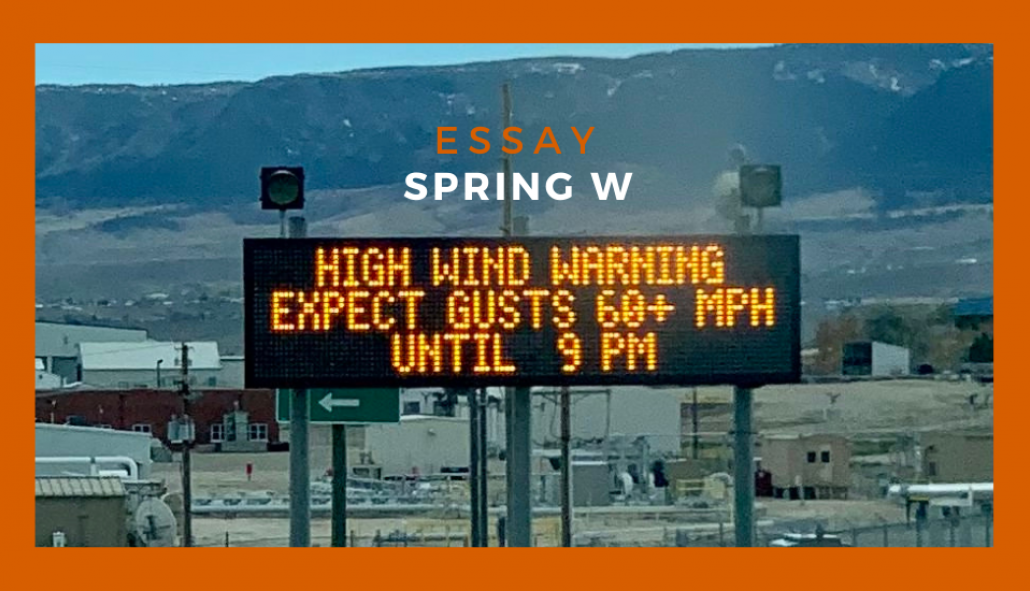 The wind has been my primary concern lately in regards to fishing. Wind will beat you down and can make fishing near impossible. In an effort to escape it, I found myself on the road stuck between a white-out blizzard and a rock slide. This seemed somewhat ironic. The weather had me cooped up and seeking shelter in a motel 4 hours from home and several more from where I was going. I had plenty of time to reconsider my plan. Perhaps against better judgment, I pushed on in the early morning.

After a grocery run and stopping to see a friend at a local fly and raft shop, I set off to fish. I found the river relatively empty. Apart from a handful of other anglers, I had the place to myself; a huge relief. It's nice to have some room to move around and fish new water. Only having a few days under my belt on this river was no worry, exploration rarely disappoints.

I pulled off and gave the water a good look. A long deep run, sandwiched between a riffle and a boulder garden. Worthy of the first few drifts of the day, I rigged up and made my way to the river bank. Just as I went to pick up my 10th or so cast, the line went tight. I’m rarely patient enough to let a drift swing out (I think maybe the ADHD, the scenery, or the morning coffee/beer combo were on my side for that one). Into the air flew a nice rainbow. Following a few more jumps and channeling her inner tarpon, she met the net and was sent back.

The swing was the ticket all morning, bringing a few more fish to hand until the conditions changed. The afternoon was all about sighting fish and finding new water. While I’m not the best sight fisherman, I had to take advantage of the time between the 30 mph gusts. Thankfully, there are only so many places that trout can hide and feed at the same time. It’s challenging yet rewarding fishing and it certainly provided a few memorable fish here.

Small towns that get life from these rivers provide an interesting experience. Stories and chatter of the day’s fishing echo down the bar. While some fact and some fiction, you can’t help but entertain the tales. I was eager for night to pass and morning to come. Shielded from the wind and freezing temps, I caught a quick 6 hours of sleep in the truck and was back at camp ready for day 2. With some bacon and a breakfast sandwich in my belly, I was ready to roll.

Knowing the second day was going to be shorter and MUCH windier I revisited some missed fish from the day before. Walking to the spot, I saw what looked like brown only feet off the bank. I nearly spooked him as I was again distracted by the scenery and towering cliffs. I removed the indicator and laid down a cast. Sure enough he moved. His huge mouth opened and closed just a couple feet from my rod tip. He rushed straight at me trashing in the shallow water.

I managed to pick up a couple others that morning including one I had missed the day before. That first brown of the day would remain the highlight. I spent a fair amount of time just observing the rest of the day, holding onto my hat and braving the heavy winds that carried me into the afternoon.