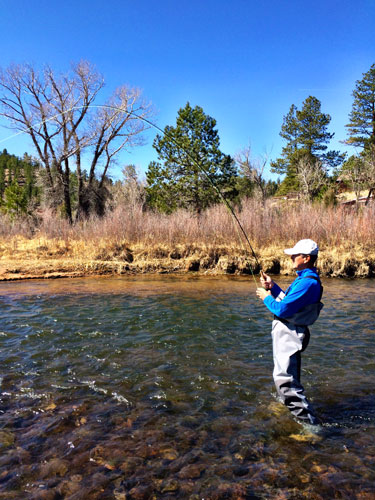 The coffee was already on when my alarm hit at 6:30am, thanks to my father who flew out with his fiance from the West coast to join Kaily and I on a float trip down the Colorado River. I awoke and immediately jumped out of bed excited to fish with Vail Valley Anglers. Our group made the short drive from West Vail over to Edwards to the quaint little shopping center where Vail Valley Anglers is nestled into. Per our Flybook confirmation, we met at the shop first thing in the morning at 8:00 am and parked our car for the day. Rob and Bryant greeted us as soon as we walked in the door and introduced themseleves while going over the game plan for the day.

The drive from VVA to the river is scenic and goes by rather quickly. We stopped at Rancho del Rio briefly to organize the shuttle and within minutes were signed up on the list and headed further up river to Pumphouse. Rancho del Rio is a great camping area and resource for anglers and whitewater rafters who float down this section of the Colorado River. The team at Rancho del Rio will gladly shuttle your vehicle and trailer for you for a nominal fee to Radium, Rancho or State Bridge from Pumphouse.

As soon as we pulled into Pumphouse, we began gearing up for the day ahead. Rob and Bryant immediately started going through routine preparing the rafts for departure down the Colorado. As I stood in the parking lot, I stared up the Gore Canyon and told myself that I would be back someday to hike and explore the canyon. 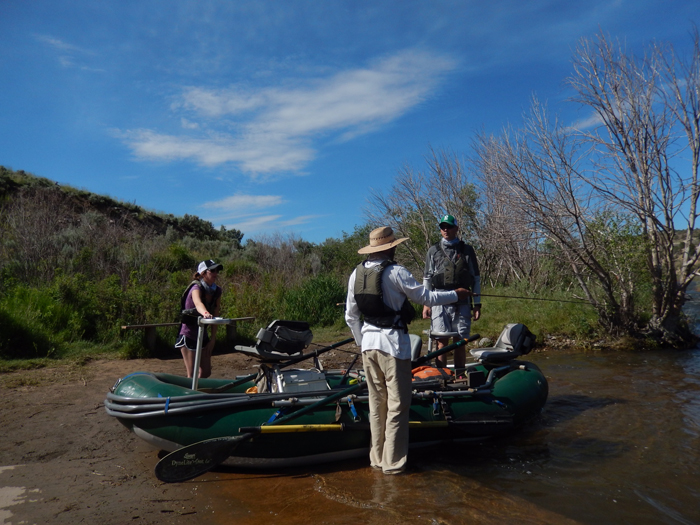 Once the boats were in the water, we all participated in a brief safety talk going over the different parts of our PFDs and the Whitewater Floating position. We pushed off and Bryant pulled right over and immediately covered basic casting techniques. We cast a few times and he gave both Kaily and I pointers that helped make the trip more enjoyable from the start. I started the day off using streamers, which technically is a totally new concept for me. Bryant explained that streamer fishing is a lot of casting and I can still hear him in the background, “Kevin that pocket, Strip, Strip, recast.”

It is so awesome to watch trout come out of nowhere and chase after the streamer as it propels away from the shoreline. We worked on strip setting and simply using the rod to pop the streamer a couple of times before recasting into the next pocket as we passed. I fished streamers for most of the morning and then switched over to a Chubby Chernobyl and a Pheasant Tail dry/dropper rig.

Lunch was amazing, food was provided as a part of the full day float and no one went hungry.

Right after lunch a brief cloud system rolled through and the fishing turned ON. I continued to use a dry dropper rig and was able to catch back to back fish on a purple pheasant tail dropper. Fish were practically jumping into the boat until the sun came back out including this double which was landed at the same time by my wife and I.

Throughout the day, I had quite a few fish come up to the Chubby and chomp down, each every time, both Bryant and I would break the silence with a sound of shear excitement. It’s simply amazing to watch a trout come up and crush your dry fly floating along the surface. Bryant and Rob made sure we had plenty of time to fish, and they set us up in just about every eddy available as we floated down the river. 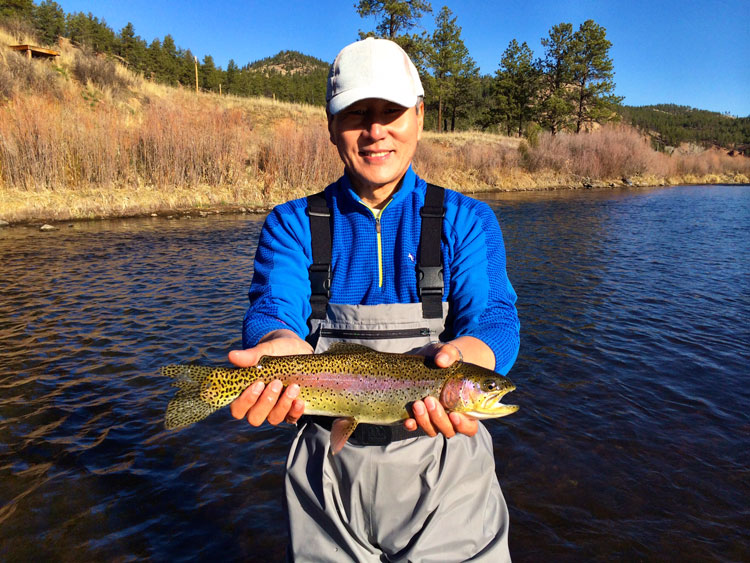 Our group pulled out at Rancho around 5:45 pm and made it back to VVA by 6:30. After a quick dinner at the Gore Range brewery in Edwards, Kaily and I drove back to Denver for work the next day. I’ll forever cherish the picturesque views and amazing day of fishing on the Colorado River. 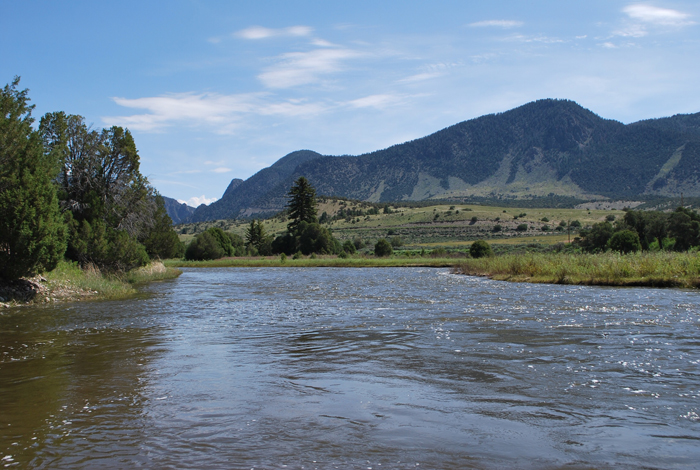 If you are interested in floating the Colorado or the Eagle over the next couple of weeks give Vail Valley Anglers a call and tell them Kevin from Trouts Fly Fishing sent you.