When my alarm hit at 6:00 am Saturday morning I was bursting with excitement to hit the road and spend the day in the Smoky Mountains. After rolling out of bed and throwing on clothes from the night before, I was in the car and on the road by 6:05. After a short stop to grab a cup of coffee, I was cruising up I-77 as the sun rose to the East over Lake Norman.

As I passed Lake Norman, I recanted an old sailor’s rhyme that I was taught growing up, “Red at night, sailor’s delight. Red at morning, sailor’s take warning.” My excitement took over and I didn’t think twice about the likelihood of the fast approaching storm. After pulling off the highway in Dobson, NC , muscle memory took over as I shifted through the 5 speed transmission en route to my childhood summer home, Camp Raven Knob. A few years back, my father decided to abandon a small cramped apartment in the city for a quiet cabin by the Fisher River a mile from the camp gates. As I pulled down the drive covered in rhododendron, I admired the two-room cabin that my father now calls home and quickly backed up to the Yakima kayak trailer.

The trailer lights were checked with a quick walk around and I was on my way up the mountain. The Jeep pulled the light kayak trailer with ease as I passed the Blue Ridge Parkway on Hwy 89 as I crossed into Virginia. Public fishing information for the region is available on Virginia's Department of Game and Inland Fisheries website. In the spring and summer time, I’ve floated from Riverside to Oldtown and Oldtown to the Fries Dam, which is always a blast when the water levels are right.

As I pulled onto my friend Eric’s property, I scoped out a put in and parked off to the side of the gravel drive. I unloaded my gear and stood back to admire the time and effort Eric’s parents have put into the property over the years and the sheer beauty of the well-maintained farm. After carrying my boat and fishing gear to the rivers edge, I set up my Sage One fly rod with a small mouth streamer that I picked up at the shop before leaving Denver. For about an hour, I searched the far riverbank for smallmouth bass placing my streamer just outside any nook, cranny or crevice that I could find. After fishing the far side of the bank with no luck, I moved downstream and tried nymphing where the water was the deepest. After fishing for a couple of minutes, the weather changed drastically with the sun disappearing behind the clouds as the wind picked up. After two hours, I decided to temporarily pack it up, loading the boats onto the back of a 4 wheeler and headed inside to warm up and wait for the approaching storm to pass. 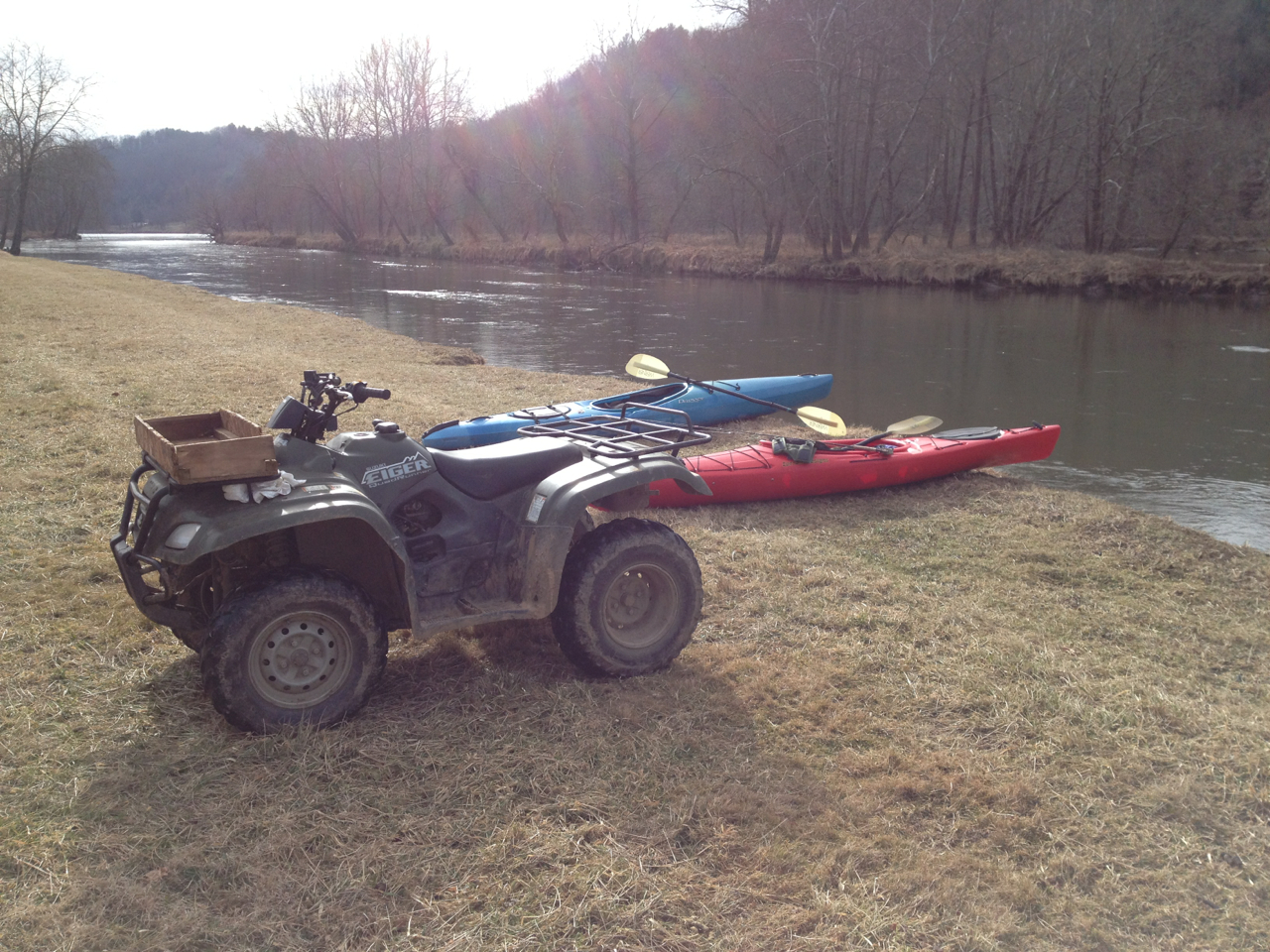 Unfortunately, the weather continued to worsen throughout the day and I never made it back out on the water. Even though the storm put a damper on my afternoon, those few hours on the water in the morning rank up there with some of the best of 2013. While I didn’t catch any fish, I was able to take the time to practice casting from a kayak and thoroughly enjoyed the amazing scenery of South West Virginia.