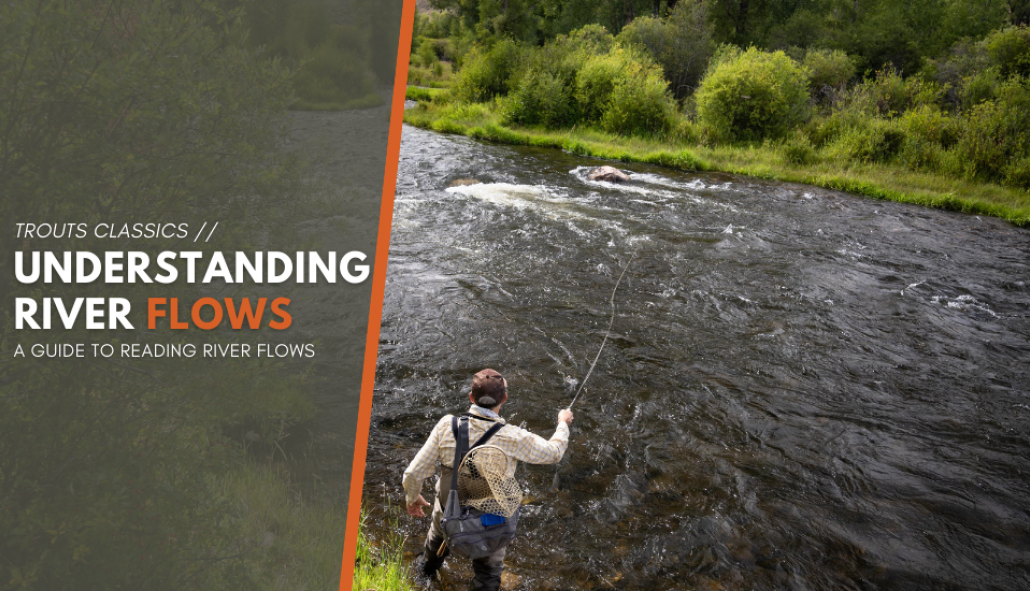 As the seasons begin to change so do our rivers, in many ways the arrival of cooler months means that the rivers you fished over the summer and spring might slow down significantly as we move into cooler then eventually colder months. When these times come it may be difficult to understand the water in front of you, which is understandable. Fish may not be where you found them a month ago and understanding where they went too takes a bit of critical thinking and time on the water to figure out. Since this ability to read water is particularly important for these transitional months I figured it would be best to revisit a Trouts favorite Understanding River Flows. This piece was originally written by the Owner and President of Trouts, Tucker Ladd. This piece is chalk-full of great information and explanations that will make the next time you are fishing difficult water a bit more bearable. I hope you enjoy this edition of Trouts Classics.

To modern society, there are four seasons throughout the course of the year: Winter, Spring, Summer, and Fall. During winter our rivers freeze over, forcing trout into a dormant state of survival. Spring brings the annual runoff, where our mountain snowpack melts swelling our rivers with snowmelt. Summer brings more stabilized river flows, all of which is now dependent on any remaining snow at high elevations, in addition to summer moisture. We see our lowest river flows during the fall, and as seasonal temperatures cool, so do rivers putting fish on notice that winter is just around the corner. Then repeat.

In the society of fly anglers though, we exist with five seasons, the additional being just that; the Fifth Season. Beginning at the end of winter, and lasting until the beginning of runoff, the Fifth Season is a magical time of year when the fish are coming out of their winter slumber, and eating at with reckless abandon to get ready for the coming spring runoff and annual spawn (this occurs for rainbow trout and cutthroat trout).

There are two different classifications of rivers as it pertains to river flows; freestone and tailwater. Freestones are any river that flows unimpeded by a reservoir and dam. This means that the flow of these rivers is 100% natural, and is only dictated by mountain snowpack and seasonal weather.

Tailwaters, on the other hand, are any river that is mitigated by the release of water from the outflow of a dam and reservoir. Then there are what I like to call hybrids where the main river is a freestone, but one or more of its tributaries is a tailwater. In this instance, the flows in the main river are at the mercy of mother nature, but flows can and are influenced by the movement of water from one of its tailwater tributaries.

FLOW - the flows of most every river in the country are monitored by some government agency, and luckily all of this information is available to the public via the World Wide Web. Due to the randomness of how river gauges are organized, and the sheer volume (no pun intended) of information, we have filtered and organized this data on our website for ease of use. But we have found that many anglers don’t fully understand how to interpret the data they are reading, or how to relate it to current fishing conditions.

First, every river has a different peak, minimum and average (mean) flow, and it is important to determine what these values are for the river you are analyzing. All of this information is available on the government website for the specific river gauge, all of which can easily be accessed from www.trouts.com.

HYDROGRAPHS – these detailed graphs are also available on the government website for the specific river gauge you are interested in. The main information you are able to obtain from these graphs is how have river flows changed in recent days/weeks. For example, during runoff, periods of warm weather at high elevations will create significant increases in river flows in a short period of time. This will likely mean that this river is “blown out”, and the fishing conditions are likely not ideal. You will see this same phenomenon following intense or prolonged periods of rain as well. Adversely, following runoff or large weather events, river flows will begin to drop suddenly or gradually, which is an indicator that fishing conditions are likely improving.

TEMPERATURE – this is an often overlooked, but hugely important piece of river data for both the quality of the fishing, as well as the health of the fishery and fish. Trout are classified as a cold water species, meaning that they necessitate cold water (at or below 70 degrees Fahrenheit). For example, during the summer of 2018, we witnessed excessive river temperatures throughout much of Colorado, which required that some rivers be closed to all fishing, or closed to fishing during the afternoon hours. This was a direct result of low river flows and hot air temperatures, that had the effect of elevating river temperatures to unsafe levels (at or above 67 degrees Fahrenheit).

Adversely, while not detrimental to a trout’s health, excessively cold-water temperatures can also have the effect of creating less than ideal fishing conditions, as at these temperatures fish tend to be mostly dormant. These are conditions that will often be found while fishing directly prior to, or right after the winter season.

Tying It All Together

Like many things in fly fishing, understanding river flows isn’t a one-dimensional process. Many factors must be taken into consideration to fully understand what the conditions are like on your favorite local stream. But by widdling this information down to what was laid out above, will help you piece together a good picture of what you can expect during your time on the water. In many ways, this process is like solving a puzzle, where you must take account of all the points noted above and piece the puzzle together. One thing that I have found beneficial in my years of fishing and interpreting this data is that having a journal recording these environmental factors, as well as the quality of the subsequent fishing. By doing this, you can reference a year, or years later what the fishing was like on a day of similar conditions.

But like so many things fly fishing, it’s up to the individual to determine how in-depth they want to get.

" Like many things in fly fishing, understanding river flows isn’t a one-dimensional process. Many factors must be taken into consideration to fully understand what the conditions are like on your favorite local stream. " 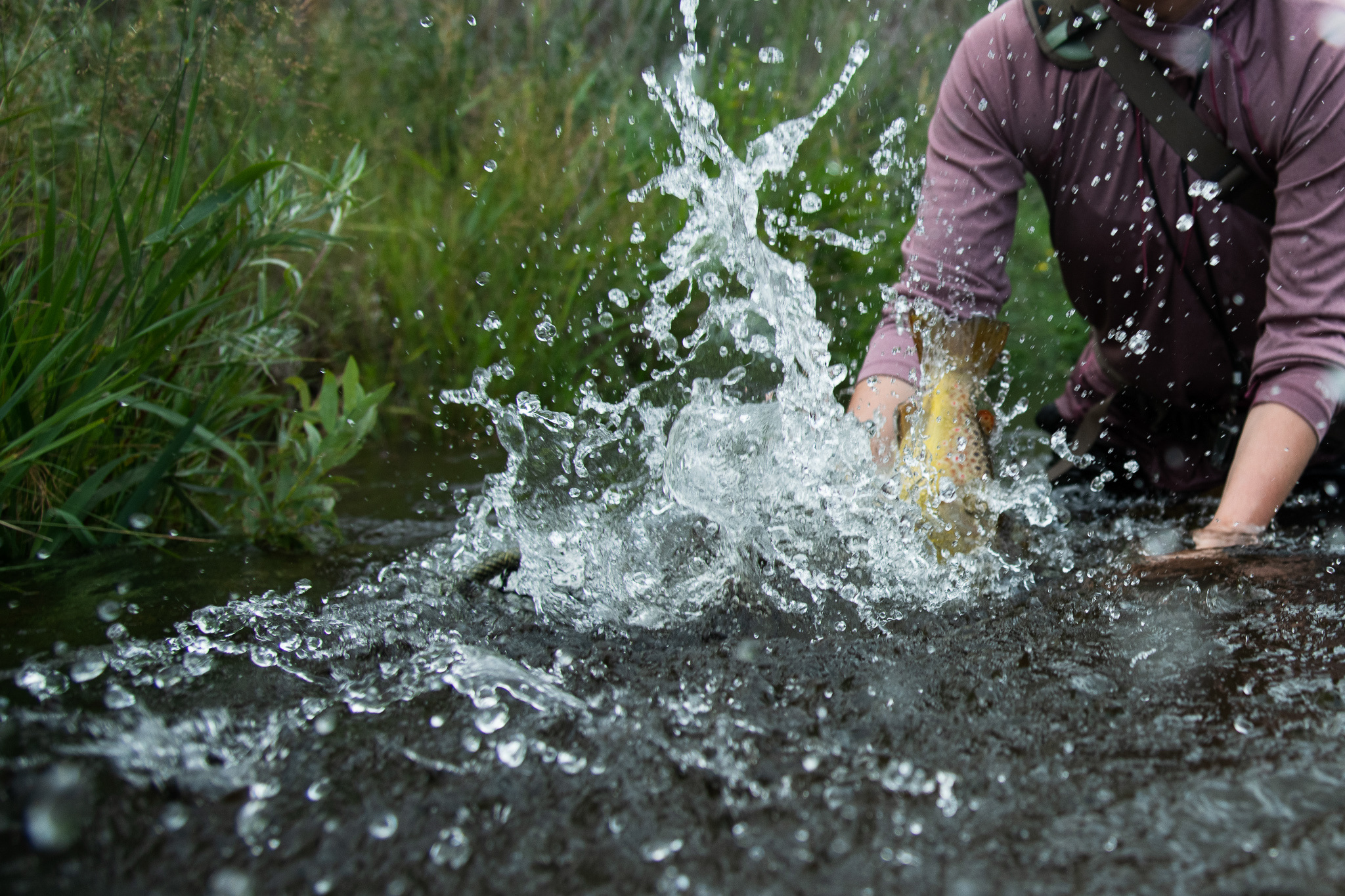