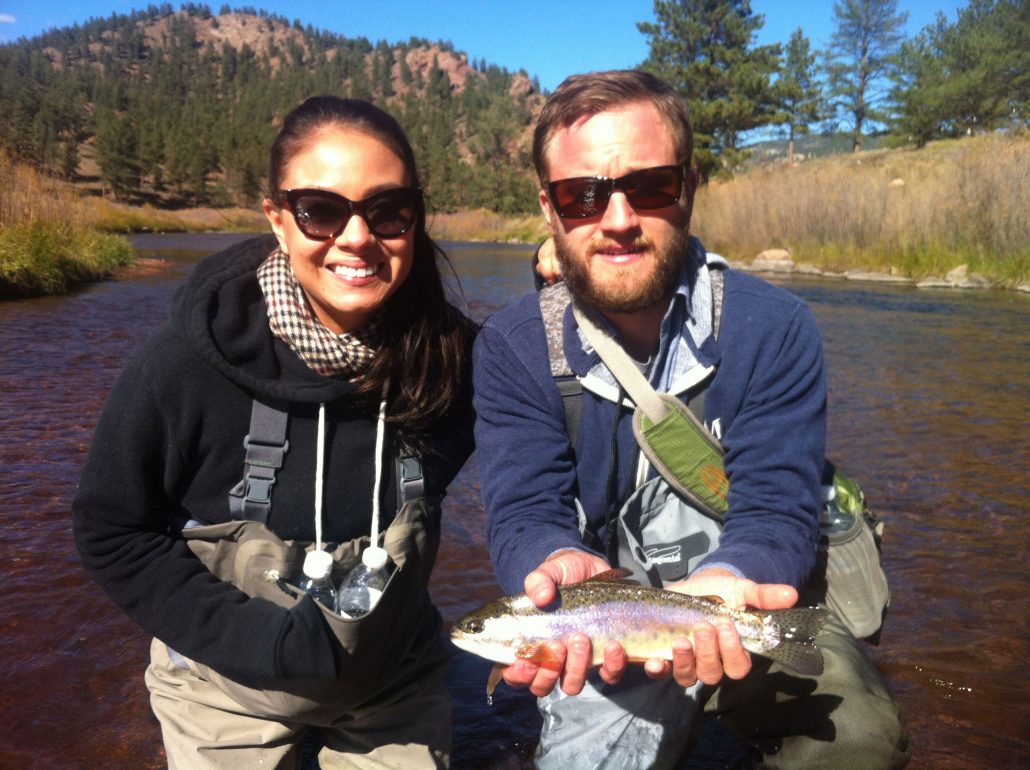 I had the pleasure of spending yesterday on the water with Gus and Alexa who were visiting from Los Angeles. Gus was already an accomplished fly fisherman, however this was Alexa's first day putting on waders and spending the day with a 5wt in hand. Additionally, Gus had never fly fished Colorado specifically. Long story short, all the ingredients were in place for a great day on the water. Even though Alexa had never fly fished, you never would have known it as she was the first one to put a fish in the net at our first stop of the day! In fairness though, I won't discredit Gus as he did have the first hookup of the day, a beautiful Brown trout that jumped several times before making a hard run 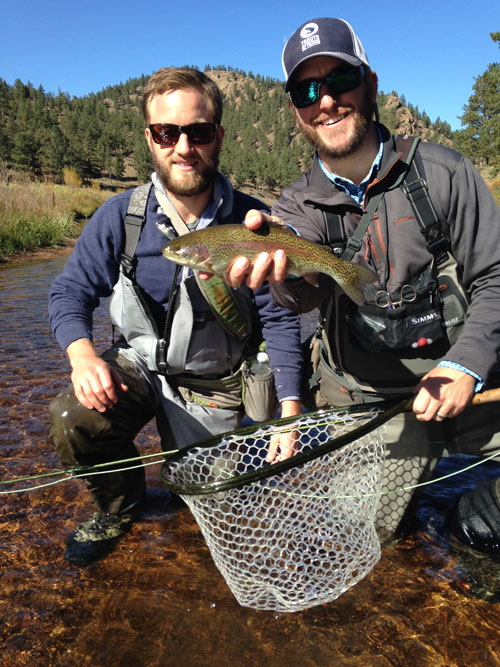 dowstream and coming unbottoned. The action throughout the morning was slightly less than I had anticipated, however felt confident we would see more fish in the net as the day warmed and the bug life got more active. We did manage to stalk up on one fantastic Rainbow in the plus-20" category that was up shallow and feeding. Gus made several good shots at the giant fish but never found connection before she drifted back off into the depths. Nonetheless, it was still an awesome encounter and I was excited to show Gus the type of fish the South Platte is capable of producing.

Later in the morning, after switching locations, we had a brief flurry of a trico hatch and saw several fish beginning to show signs of actively feeding. Anyone who has ever fished Deckers will agree the fish can get downright fickle sometimes. I had a lot of confidence going into the afternoon that this trico hatch might be exactly what the trout needed to get active (and hopefully stay active). As we fished on throughout the afternoon, we saw a pretty good Midge hatch, as well as a few Blue Winged Olives and even a couple PMD's fluttering around. While no hatch we experienced throughout the day was super thick, there was just enough bug life popping to keep the fishes attention. At one point during the afternoon, we stumbled onto a pod of fish actively sipping emergers off the surface. This instantly called for a ditching of the nymph rig in favor of dry flies. While we never got an actual eat on the dry fly, the Batwing Emerger trailing 24" off the back instantly tricked multiple fish. It was an action packed 30 mintues to say the least.

Throughout the day, the fish that ate our nymph rigs never really focused in on one fly over the other. San Juan worms in both wine and brown, pure midges, nonbead pheasant tails, red and purple juju baetis, and flashback bwo emergers all caught fish. We focused on all different types of water from shallow riffles to deep green buckets. Flows were right around 100cfs but every type of water we checked seemed to be holding fish. It was simply one of those "cover water" days where throughout the day you're bound to stumble on a few active fish. Thankfully we did just that and Gus and Alexa made the most of their opportunities! Great job to both of them! 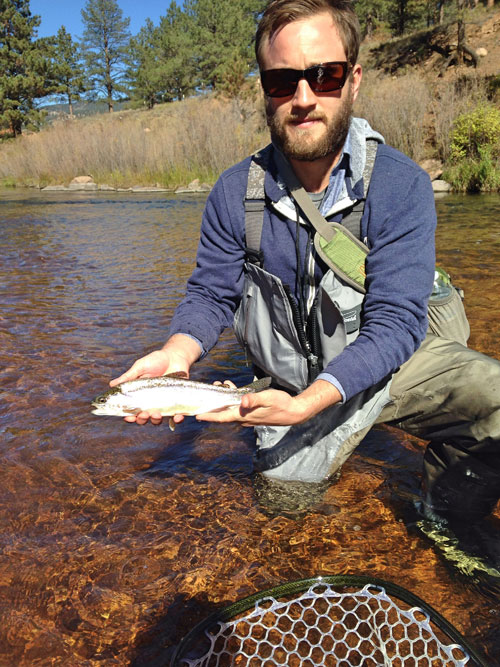 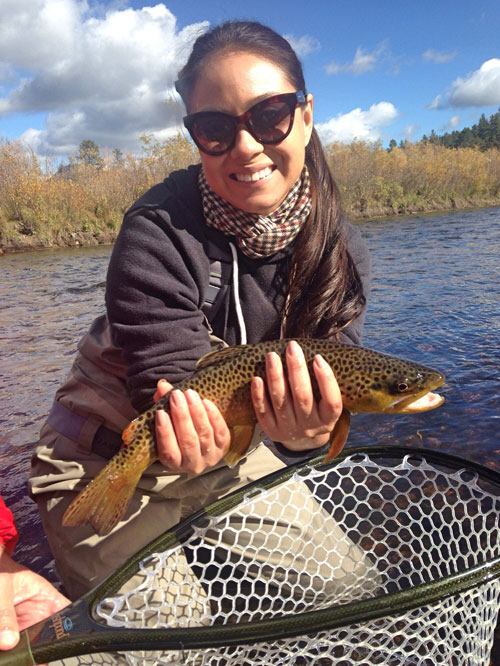 The fishing is still very good around the state and should stay that way for a while. If you've been thinking about getting one more guide trip in for the season give us a call! The crowds have noticeably subsided from the summertime craziness and the fall foliage, paired with the beautiful weather is making for some truly fantastic days on the water!