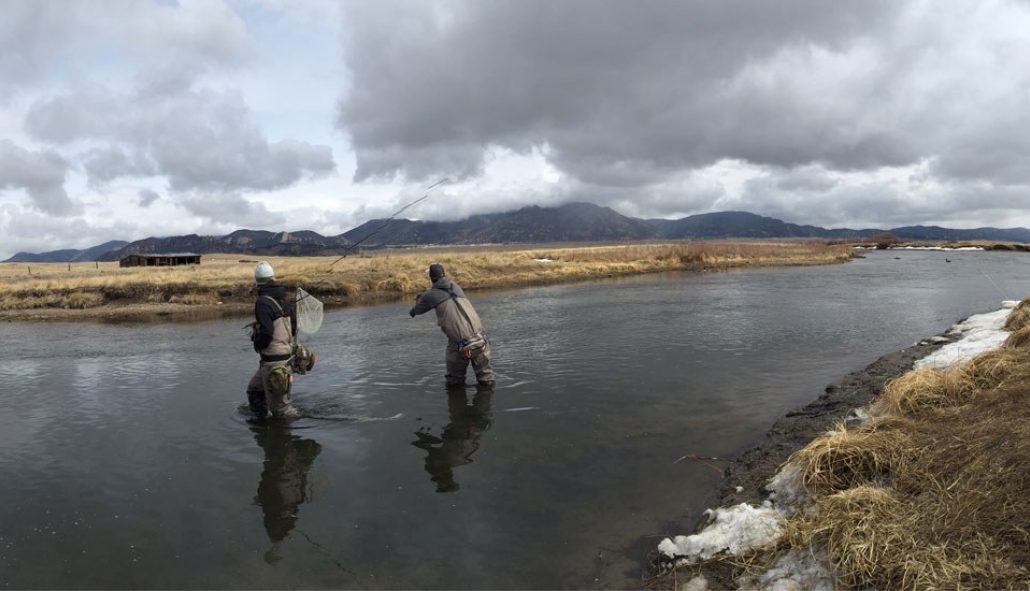 Some of you may remember during the Fly Fishing Film Tour this past January, Trouts Guide Service raffled off a free, full day guided fly-fishing trip. The lucky winner of that was local angler, Chanz Montez. I had the opportunity to fulfill this F3T prize last Friday by taking Chanz and his buddy Dustin Dahl down to the Dream Stream. Conditions were far from ideal, however I felt confident we could still put a few fish in the net. The low flows are definitely making for an interesting Spring on this stretch of river and is primarily effecting fishing in 2 distinct ways. 1) Not many lake fish moving in. Spring is one of those times where dreams of fire engine red, lake-run Cutthroat trout occupy the time between (hopefully) 2+ foot Rainbows that have also made their way upstream out of Eleven Mile Reservoir. This has been far from the case this year. While some lake run fish have ventured into the moving waters of the South Platte, it's far from "on fire" in my opinion. This is still not dissuading the crowds from ascending en masse, particularly on the weekends, and I was excited this trip was falling on a Friday. 2) The low flows are keeping the fish pretty concentrated in and around the deeper runs. Number 2 is good if you happen to find some deep runs to call your own. Bad if you show up late to find people camped out on these choice locations. We spent the day fishing the middle/upper stretches of the river where I know quite a few resident fish have been wintering. We caught fish from the get go in both deep pools, as well as shallow riffles adjacent to these deep haunts. Rarely was just one fish caught out of a particular area. In general, if you find one, you've found several. We caught our fish on a variety of flies including eggs, midges and baetis. Both guys took their turn working a variety of streamers through countless runs throughout the day, however never found connection with anything big. It was appearing nymphing would be the name of the game. Finding fish seemed to be a bigger key to success than having the exact 'right' fly. It was a mixed bag throughout of the day of size and species but both Chanz and Dustin were able to each land Rainbows, Browns, and Cutthroats.....the Dream Stream Grand Slam? At one point, an 18" Rainbow broke Dustin off quickly after a speedy dart downstream taking all all three of his flies in tow. After re-rigging, Dustin resumed fishing the same run and instantly hooked up with a nice Rainbow. After getting the fish in the net, we couldn't believe what we were looking at. In the right corner of the fish's mouth was an egg pattern, followed by a pure midge, followed by a black rs2...otherwise known as the exact rig that Dustin had just lost not 10 minutes prior! In the other corner of the fish's mouth was his new rig, secured by his egg pattern. What can I say....I guess that fish was craving eggs for breakfast! Plus it was nice getting the original "6 dollar rig" back (3 flies X $2...you get the idea). The cloudy conditions made sight fishing near impossible but both Dusin and Chanz stayed determined to fish hard. At the end of the day, countless fish were landed and there's no denying all 3 of us considered the day a huge success. 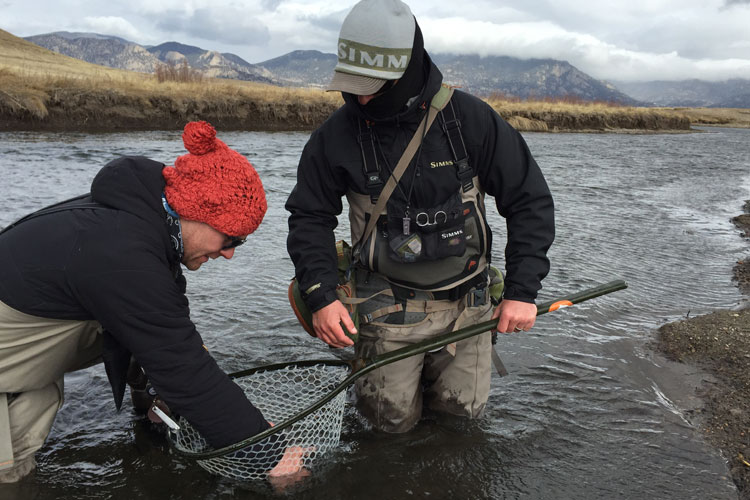 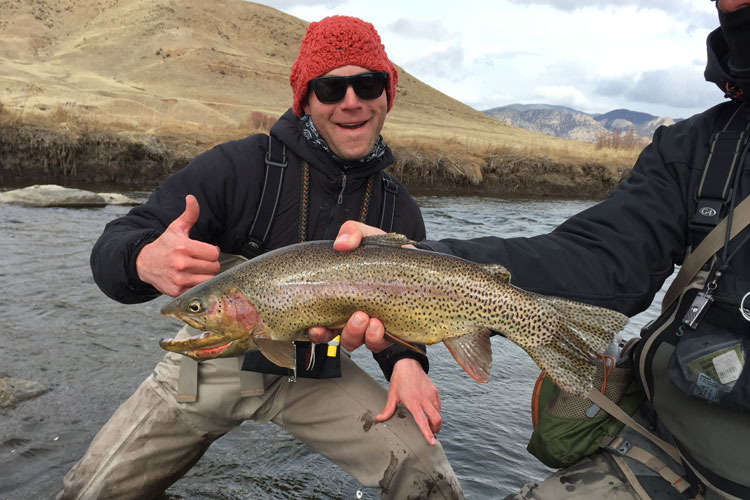 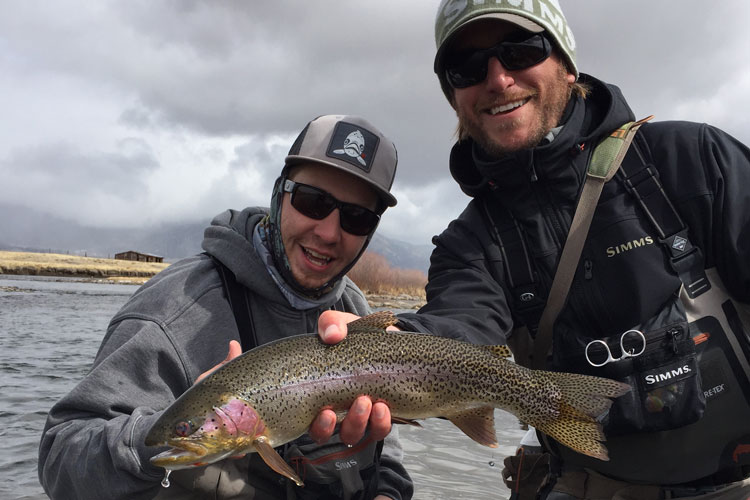 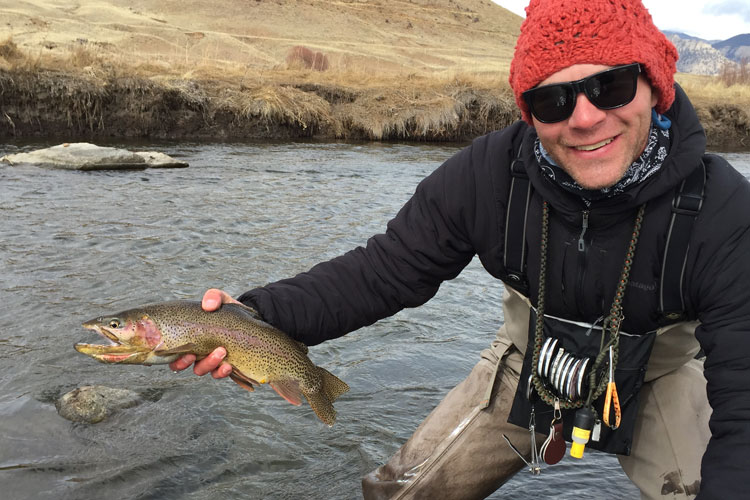