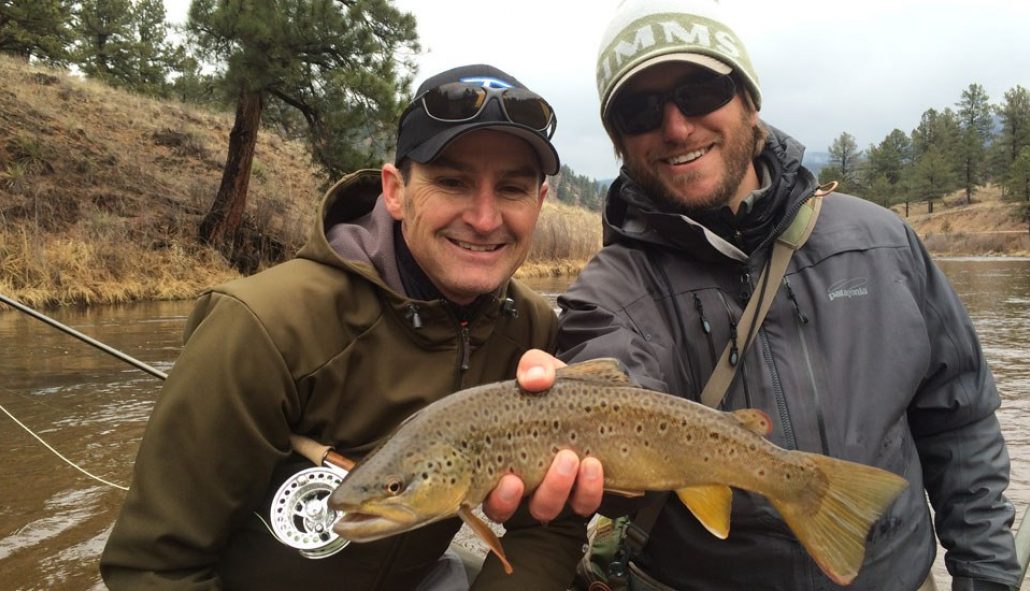 Anyone who has ever read my blogs/fishing reports in the past knows one thing.....I love sight fishing the South Platte. I had the pleasure of spending yesterday afternoon with Trouts customers Mike and Rob. Neither had spent much time on the Deckers stretch of the Platte and I really wanted to show them a great day on the water, which was hopefully going to mean casting to fish we were looking at. I have a weird tendency to check the weather multiple times every single day, but one thing was appearing clear about our trip, the sun would not be shining. In fact, it appeared the a decent amount of precipitation would be in the mix. I actually had two half day trips yesterday and the morning trip consisted of a decent amount of rain/snow...and very dirty water. We still managed to dredge up a handful of nice trout, including an 18" brown, on San Juan Worms and dark nymphs. My customers were from Houston and needless to say, standing in a cold trout stream in 30 degree weather was a far cry from the weather they're used to. We made the most of it however and all three anglers in the group got to feel the tug of multiple trout on the end of their lines.

The afternoon with Mike and Rob showed somewhat clearing skies, along with some improvements to the water clarity by a small, but noticeable amount. We started down low near Nighthawk Hill and worked upriver throughout the day. Most fish were caught, again on San Juan Worms and dark pheasant tails, midges and baetis patterns, however we also found a few sitting shallow enough to sight fish to. Mike was able to successfully sight fish his first South Platte Rainbow trout and Rob went to work fishing likely looking shallow shelves and rock gardens. At the end of the day, a bunch of trout made their way into the Fishpond Nomad and both anglers claimed to have learned a thing or two....which is always music to my ears.

Thanks to both groups of anglers for sticking out the cold weather and off-color water to make it happen yesterday! Below are a few more of Rob's successes. Interested in learning to fish our local area waters more effectively? Let Trouts Guide Service show you how! Give us a call or click HERE to learn more about our guided trip offerings. 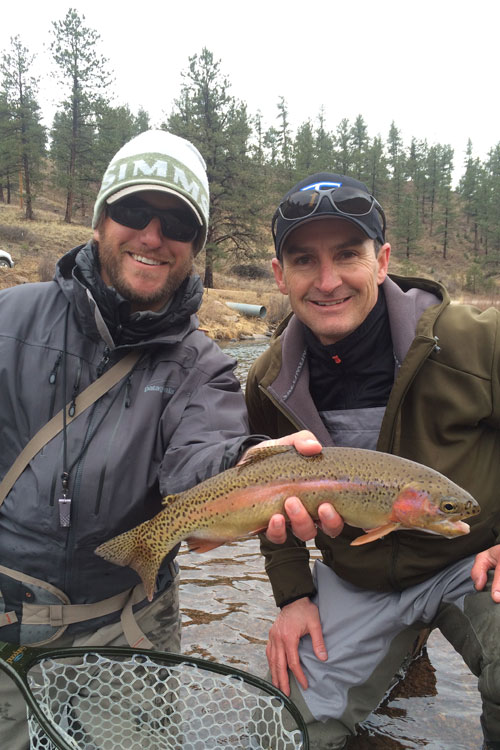