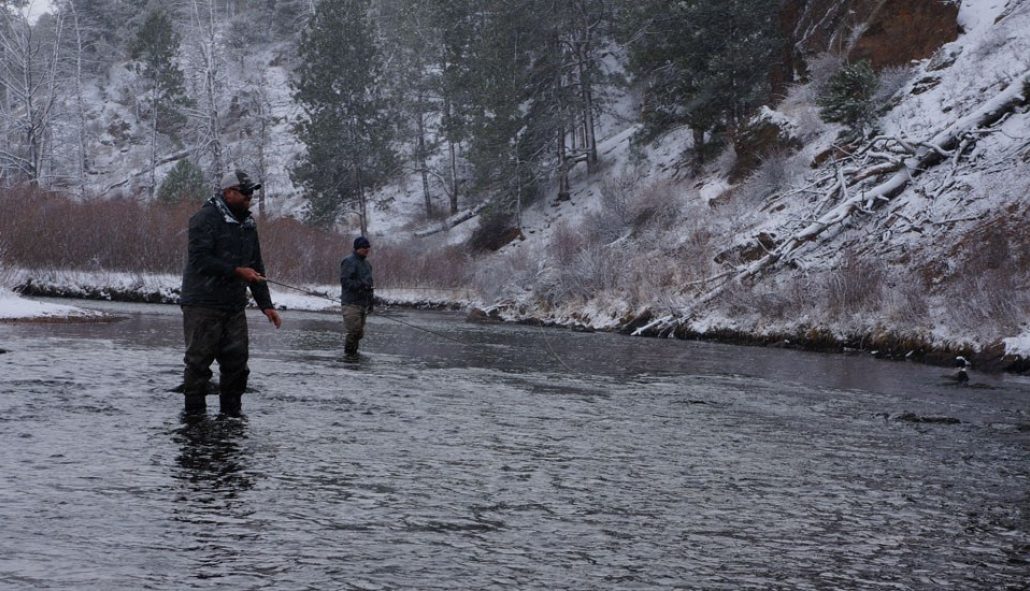 Well it’s official, the first Guided Trip of 2015 is on the books. I had the privilege of spending last Saturday on the water with shop regular (and Permit aficionado) Alan Rivoir and his dad Steve. Alan wanted to treat his dad, who was in town from New Jersey, to a day on the water. The weather for the day was looking ‘iffy’ to say the least, with a big winter storm brewing in the mountains. It’s been a weird winter for weather around here and it seems like when the forecasters call for a bunch of snow, we barely get a dusting, while a 10% chance turns into 6 inches. For the most part though it’s been pretty darn mild (and snow-less) these past couple months….looking out the window as I write this, there’s no arguing the forecasters got it right this time. There’s a bunch of white fluffy stuff out there, with more on it’s way later this week.

But back to the fishing. Temps were in the 20’s as we wadered up and weren’t predicted to get much higher. In fact, the weather was supposed to (and did) deteriorate throughout the course of the day. Deckers was our chosen location and given the amount of time I’ve spent up there lately, had zero hesitation we’d be on fish from the start. Given the forecast, I had a feeling the day was going to be somewhat tough and the key would be finding feeding fish. Upon first glance at the river one thing became clear- flows had dropped overnight. Not exactly music to my eyes. Flows had been steady for a while, but only at a 100cfs trickle. I figured taking more water out of the river, paired with the approaching front, would leave the fish a little cranky. I’ll spare the details but in full transparency, the morning was tough. Every spot we stopped at instantly provided countless fish to cast at, however none wanted to play. I will add the term “none” doesn’t mean we weren’t hooking a few fish here and there, but the ones that did find connection with our midge patterns all managed to escape before my Fishpond Nomad could get it’s grasp on them.

After a quick break for lunch to warm up at the Deckers Corner, we headed back out determined to put a few in the net. We decided to fish mid-river in some areas that had been productive on a few of my recent trips. Almost immediately Alan was tight to a fish on his nymph rig…….only to once again see his line go limp as yet another one got away. Earlier that day we ran into a couple Trouts customers who were also trying to get some numbers on the board and one of them mentioned he’d seen a couple fish take a look at a streamer pattern. Deckers is not typically known to be a phenomenal (or even good) streamer fishery however I got to thinking…..A) we’ve got a major front moving in B) low light conditions C) cranky fish D) rainbows in pre-spawn mode………if there was ever going to be a perfect equation for a good streamer bite we might just be staring it right in the face. I grabbed an extra rod before hitting the water after lunch and rigged it with a 5” long black, articulated streamer. Before moving on from the first stretch of post-lunch water, I had Alan switch rods and swing the meaty offering through the same water we had just nymphed. A few minutes later we were staring at a chunky Brown trout in the net. Bingo.

I’ll let the pictures speak for themselves, but let’s just say the next few hours were nothing short of incredibly exciting as we watched countless fish chase, smash and grab our streamers. It was nearing 5pm when the growing blizzard finally forced us (against our will) off the water. As we walked back to the car with frozen guides, runny noses and numb feet, the smiles on all three of our faces summed the day up perfectly. 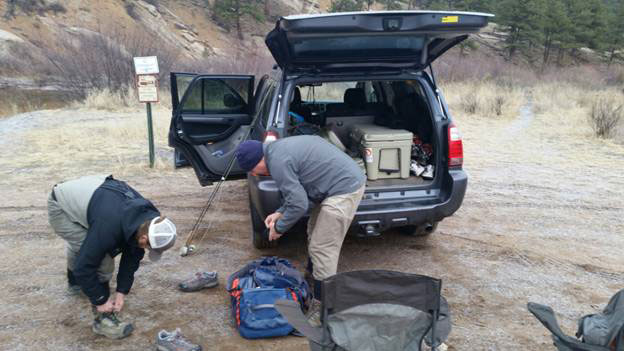 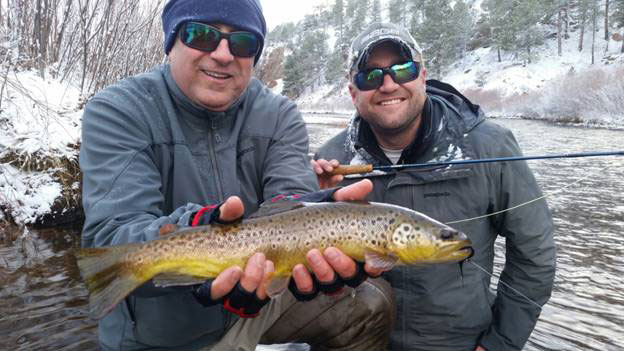 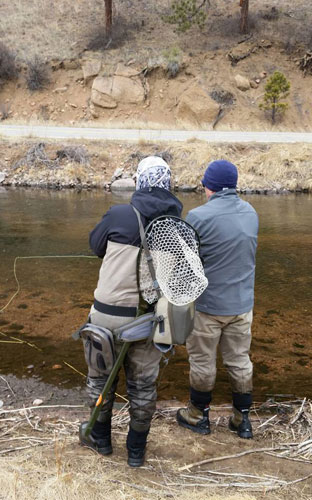 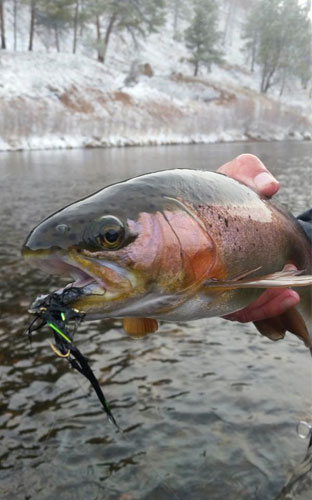 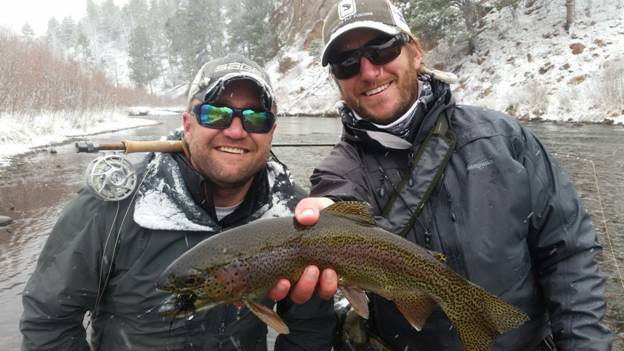 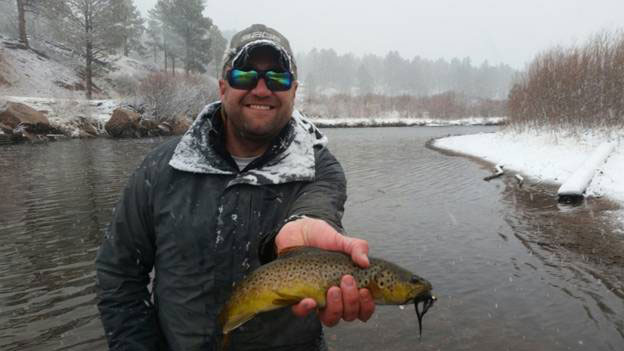 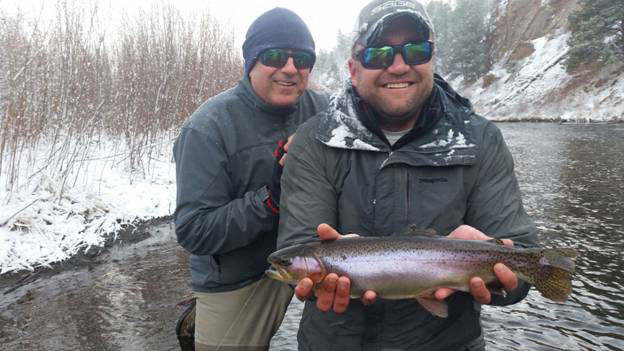