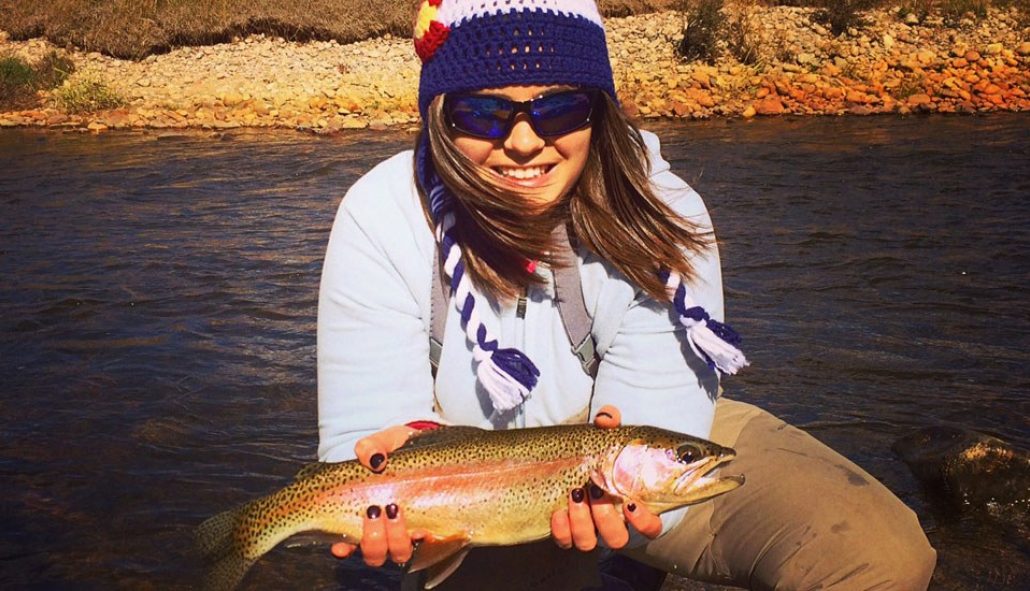 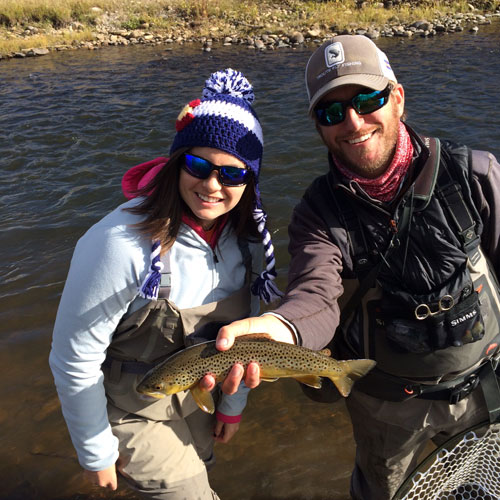 I had the pleasure of spending this past Sunday at the Granby Ranch with the Forst's. For those who don't know, the Granby Ranch is one of our Exclusive Properties, located on the Fraser River. The Forst's wanted to ensure one last good weekend of fishing made it on the calendar this Fall and have had this day on the books for over a month. Needless to say, with that much planning I was definitely looking forward to showing them a great day on the water! We met early on Sunday and headed west on I-70. Greg, the father, had just returned from a trip to Alaska and the hour and 45 minute ride to the river flew by as we drank coffee and discussed the big fish and big mountains of the 49th state. When we arrived at the river, just shy of 9am, my 4Runner showed 32 degrees. While it may in the 70's today in Denver, it's definitely full on Fall in Grand County. I was slightly surprised by the amount of new snow already showing in the nearby mountains. The surrounding foliage was a myriad of yellows and reds and we watched several

flocks of waterfowl pass over head as we wadered up, rigged rods and did a quick country road casting/fish fighting clinic to get Greg's daughter Tara back up to speed. The Granby Ranch works on a "Beat" system, and we had Beat 1 in the morning and Beat 2 in the afternoon. As we headed downstream on Beat 1 to start the day, the mix of sun, clouds and wind that accompanied the morning kept us all wearing more layers than we had in a while. In my opinion though, it actually felt good to be a little bundled up. Arriving at our first spot of the day, Tara immediately went to work catching a nice 12" Brown Trout on her second drift. We proceeded up river for the next few hours fishing nymph rigs with Baetis, Midge and San Juan worm patterns. The fishing - or should I say catching- was pretty consistent throughout the morning and multiple Brown and Rainbow trout found their way into my Fishpond Nomad net. Before we knew it, my watch showed 12:30 and we decided to break for lunch. 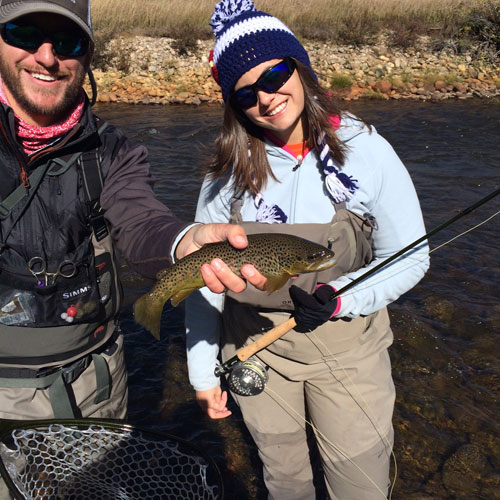 After lunch, we descended upon Beat 2 and spooked a nice 18" class Brown Trout out of the shallows. While we had no trouble catching fish in the morning, we secretly (or perhaps not so secretly) wanted to see a few bigger ones in the net. I had a feeling the warmer afternoon temperatures, which finally decided to show up, would have the fish and bugs more active. Seeing the nice Brown up shallow had our spirits high. Greg decided to ditch the bobber and started working the shallow flats and grassy banks with a Schroeder's Parachute Hopper pattern. Tara stuck with the nymph rig and started hooking a few more fish. As we worked upstream for the next hour, the hopper tied on Greg's line went unnoticed and our confidence in getting an eat on the surface was beginning to fade. We were approaching a location that I knew held fish and got Greg set up in position to cast. On the second drift, a giant Brown Trout made one of the most confident rises I've seen all summer and inhaled the entire hopper. Unfortunately, the hook set was just slightly delayed and never found a solid connection. Either way, Greg and I were laughing and giggling from seeing such a remarkable fish eat a dry fly. I felt confident more fish were in the run and Tara took her Dad's place and started drifting her flies. A few casts later, a phenomal Rainbow trout took her size 18 Pure Midge and began running downstream. After a respectable fight, the wild Rainbow was in the net. A quick measure showed 18.5" and was Tara's biggest trout in quite a while! A few quick pictures were taken and then we all watched as the Rainbow swam out of sight in the crystal clear waters. I'll fast forward with the details of the next half hour, but let's just say that spot is now unoffically called "Tara's Run" as she hooked 4 more great fish, basically back-to-back out of the same location. 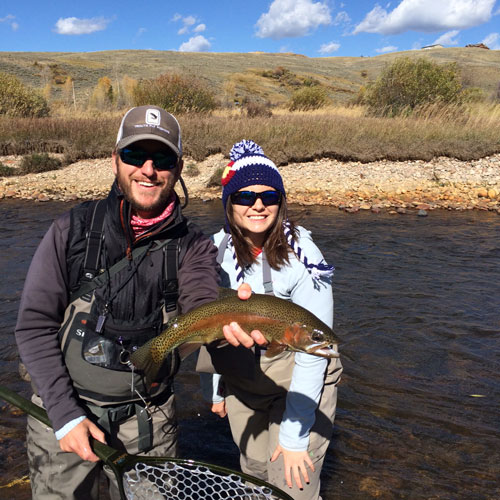 We continued upstream, caught a few more fish, lost a couple others, and then-as can happen with fall fishing- someone flipped the fish switch at 4:30pm and the bite shut down. I spent the last half hour of the day watching Greg and Tara make countless perfect drifts through post card picture worthy runs, but never had to reach for my net again. The air temps were starting to trend noticeably downward and we decided to head back to the car to see if we could catch the last couple minutes of the Bronco's game. All in all, it was a fantastic, fish filled day on a beautiful river. You can't ask for much more than that!

If you've been thinking about getting one last guided trip in this Fall give us a call! We have both public and private water options sure to satify any angler!