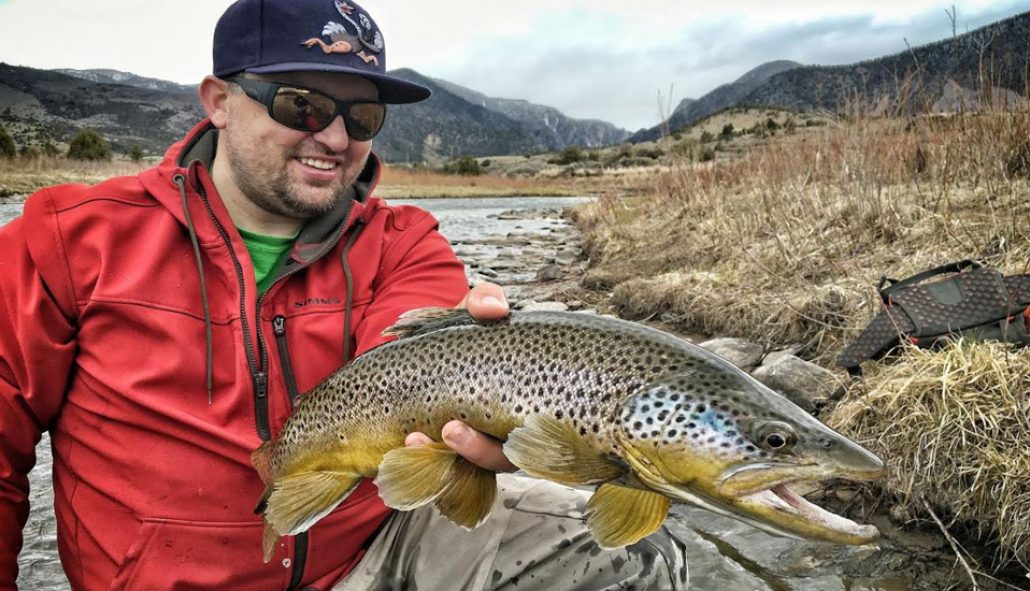 There is no denying it... Ivan Orsic has ridiculous talent with a camera, oh and he can fish a little bit as well. With a large Instagram following as well as having his videos shared on blogs such as Moldy Chum and the Fiberglass Manifesto, I know many of you have noticed his talent as well.

Ivan will be joining the Trouts Staff as our Branding & Marketing Manager. Needless to say, we are excited to bring Ivan's skills under the Trouts roof.

But who is the man behind the camera? Read on to get know a little more about Ivan and be sure to say hi next time you're in the shop!

Trouts: Let’s start this from the top- how did you get your start fly-fishing and what keeps you heading back to the river every chance you get?

IO: I grew up in Delaware fishing for sunfish and bass out of a blow-up, heavily patched A&W Root Beer raft. The treble hook on Panther Martins and freebie soda boats definitely played well together. While I was introduced to fly fishing in high school on a family trip to Alaska, I really got into the sport of fly fishing in 2008 when I moved out to Missoula, Montana for graduate school. I picked up a fly rod during spring runoff, which, like milk for Ron Burgundy, was a bad choice. I didn’t catch anything on the Clark Fork as it blew through town for a couple months. Luckily, high country brookies like poorly presented Stimulators.

In terms of what keeps me heading back to the river, it's weekly habit at this point. A place and time to get away from the everyday grind and just focus on fish and the beautiful places they live. I want to see as much country as I can and make as many memories as life allows. Fly fishing allows that and serves as my connection to the outdoors. In other words, I just want to do cool stuff with my friends.

Trouts: Describe your perfect day on the water?

IO: I'm not that picky, but a sunrise to sunset day with a friend or three and a beer or four, catching fish on streamers out of a meadow stream filled with some willing trout would be pretty nice day.

Trouts: If you could only fish one fly in Colorado for the next 365 days, I have a pretty good idea what you are going to say, what would it be and why?

IO: I would fish a Smashed Peas streamer. I “designed” the articulated streamer with left-over fly tying materials a couple springs ago. The first Smashed Pea streamer was destined for the bottom of the streamer box, until I lost my last “nice” black streamer one day on the Colorado. Black was the ticket that day, so I threw the smashed peas and dumb luck and “superior” fly design won the day. Everyone knows trout, like children, have to eat their veggies before dessert.

Trouts: Favorite place you have ever fished?

IO: The Big Hole River in Montana. It’s undammed, wild, and flows through meadows, canyons, and classic cottonwood lined banks. The Big Hole’s browns, rainbows, brookies, grayling and cutthroat can be readily caught on all three disciplines: dry, streamers and nymphs. To me, it is the quintessential western trout river, with browns, rainbows, brookies, cutthroat, and even grayling (although I haven’t been lucky enough yet to catch one) all available to catch on the fly. Wading the Big Hole on a late summer or early fall day throwing streamers or big dries makes this guy real happy. I’m probably a little more partial to the Big Hole because it gave up my first true large trout a week before I moved from Missoula to Denver. It was a good send-off to the Centennial State.

As a side note: You can’t beat the Melrose Bar on the banks of the Big Hole. Good burgers and bottled High Life combined with a bartender who out-drinks the customers makes for a good time.

IO: Anything wild and freestone (-ish). The Ark, Eagle, and Colorado are all personal favorites.

Trouts: Are there any dream fly fishing trips you’d like to make?

IO: Redfish are on the top of my list right now. So, Louisiana in the fall or South Carolina in the summer would be prime destinations.

Trouts: What is the best piece of fishing advice you’ve ever been given?

IO: Look, I don’t want to give fellow Trout’s employee, Tanner Smith, too much shine, but good advice is good advice. We were fishing the Arkansas on a summer day. I was on river right and Tanner was on river left. Like any good August day on the Ark, dry flies were the ticket and it seemed like every pocket held a fish or two. I was having a day or so I thought. Tanner was lagging behind and I gave into the urge to see if anything larger was holding in between the massive boulders that litter the Arkansas’ bed. I turned the corner and put on a black streamer. My pace picked up and I put some distance between myself and Tanner. Over the course of the day, I probably caught 40-50 trout. I was pleased. Everytime I turned around, I saw Tanner hooked up. I didn’t think much of it, as I was catching my fair share.

Like any good friend, I heckled Tanner about how slow he was moving upstream. “Come on, Grandpa, pick up the pace.” He responded, “Slow Down.” Feeling confident, I fired back, “I’ve caught 45, how about you, Old Man?” Tanner responded, “150.” Tanner could have been blowing smoke, but I sat down and watched him toss the biggest double stimi rig known to man on one of his favorite runs. He was working every pocket methodically and pulling 3 or 4 fish out of every nook and cranny. So, “Slow Down” resonates with me when I step on the water nowadays.

Trouts: When not fishing, what are we most likely to find you doing?

IO: Crushing girl scout cookies and drinking High Life's...Bottles only. But, in all reality, probably hanging out with my wife and my dog preparing for our upcoming addition to the family. That, or browsing the internet for more camera equipment I DEFINITELY NEED. 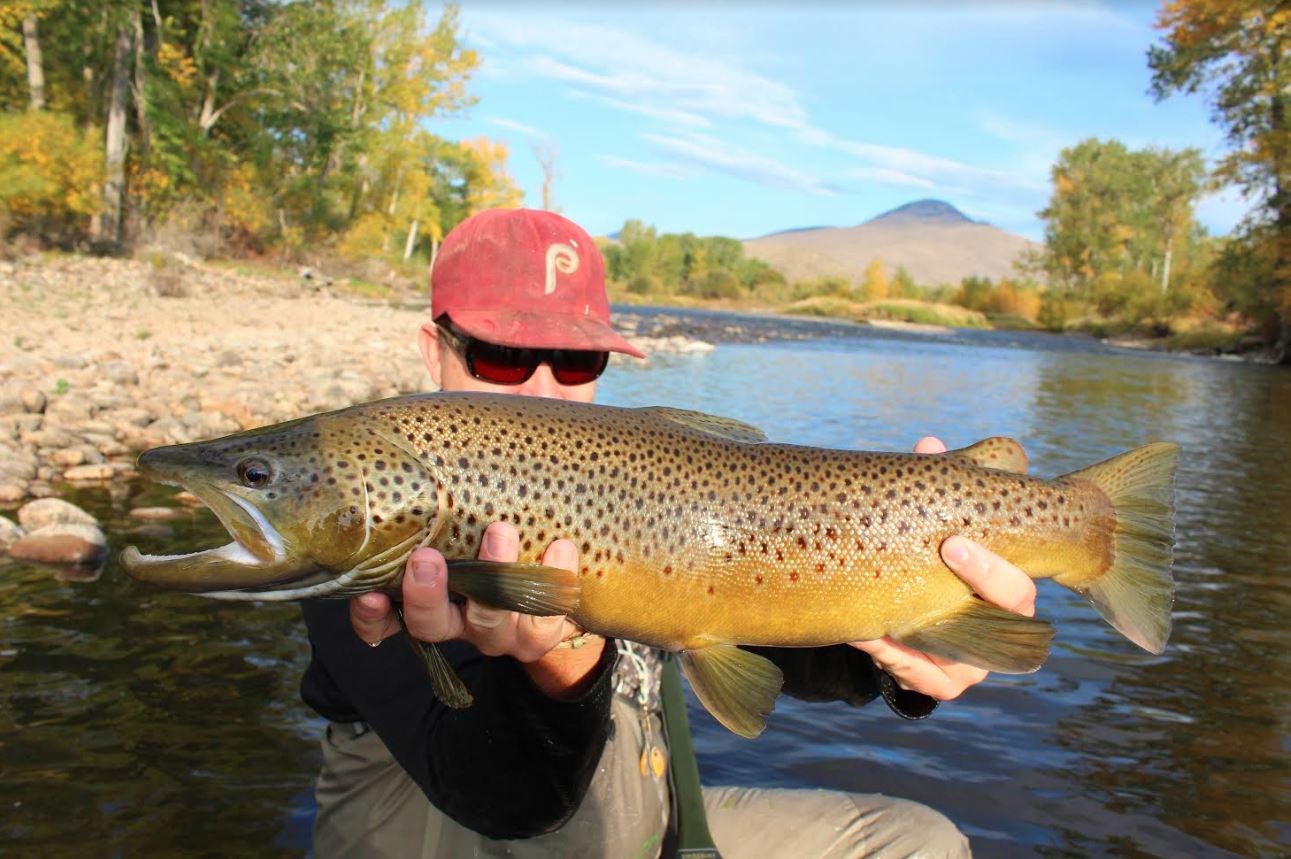 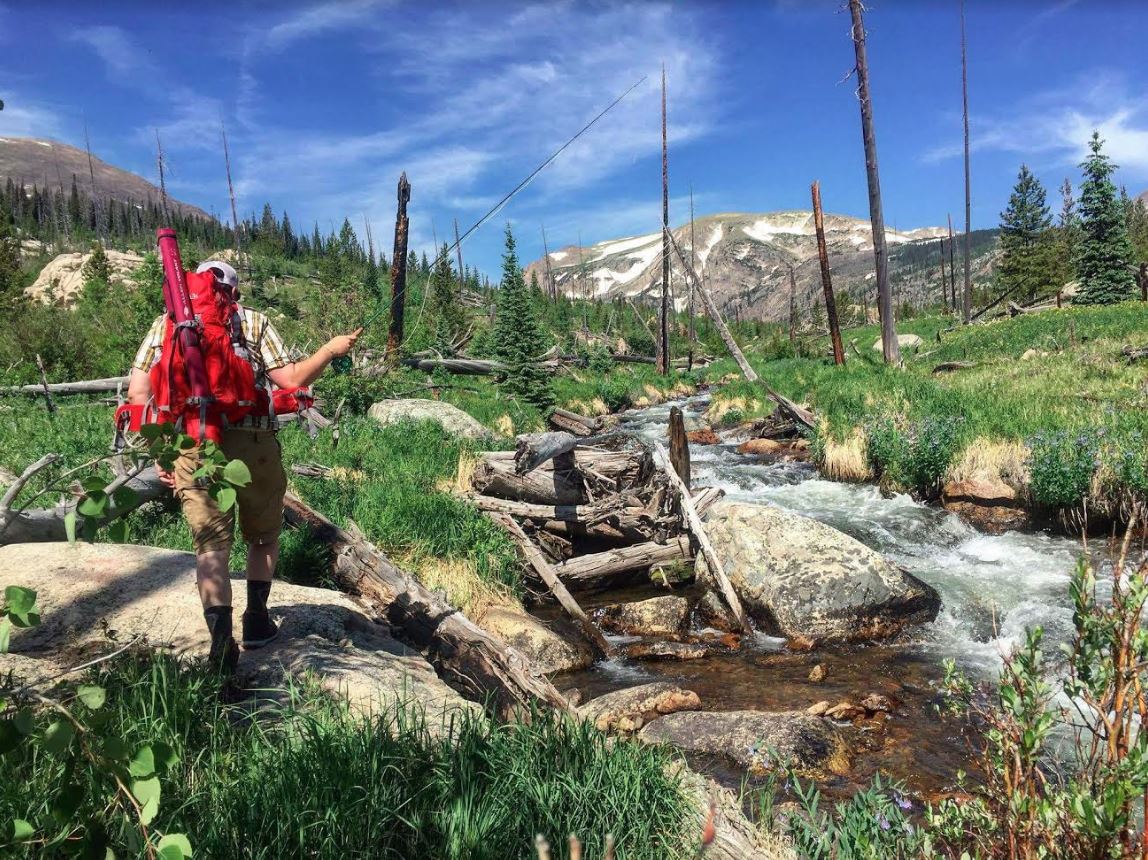 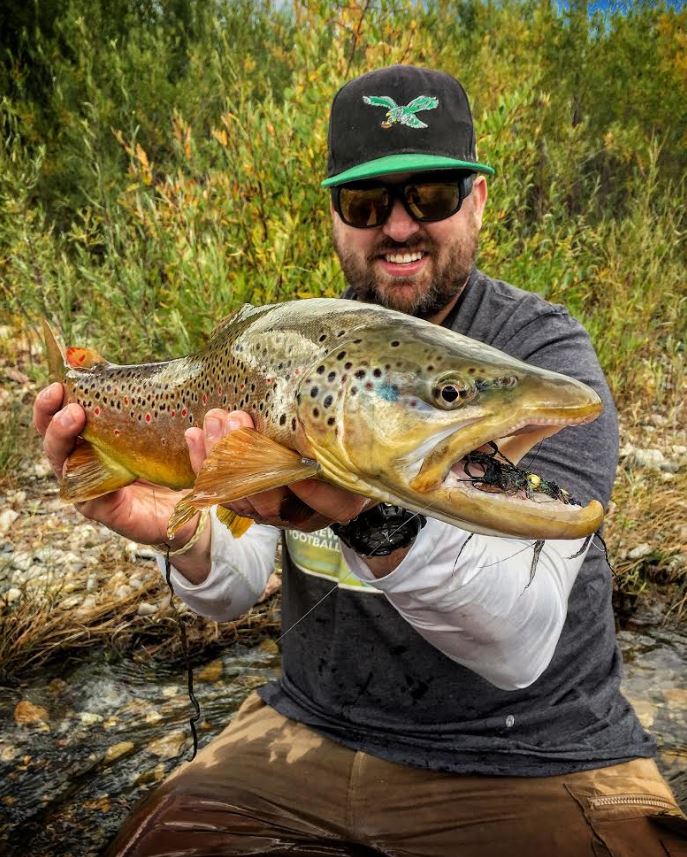