Trouts Fly Fishing has been a supporter of Colorado Trout Unlimited and the work they do in the name of healthy rivers for many years now. Rick Matsumoto is the President of Colorado Trout Unlimited, the lead conservation organization for Defend the Colorado. We caught up with Rick to talk in-depth about the threats to the Upper Colorado River and what’s being done to defend against those threats.

Trouts Fly Fishing: What is Defend the Colorado all about?

Rick Matsumoto: Defend the Colorado is a coalition of concerned citizens working in cooperation with Colorado Trout Unlimited and other responsible organizations who care about the future of the Colorado River. We are water users, moms and dads, local business owners, ranchers, kayakers, ski bums, flyfishers, hikers and hunters who all benefit from and need healthy rivers. Whether we grow food that feeds Colorado’s families, drink its water from our taps, or float or fish its mighty riffles, we all depend on the continued health of the upper Colorado to support our jobs, economy, health and well being.

Trouts Fly Fishing: Why are these water issues on the Colorado River important to anglers and others who enjoy river recreation?

Rick Matsumoto: Denver Water’s Moffat Tunnel already sucks out half of the Upper Colorado River’s water annually and pumps it to Front Range cities and suburbs. These diversions rob the river of the cold, clean water it needs to sustain healthy populations of fish and wildlife. Today, proposals are on the table to expand Moffat and Windy Gap operations, leaving as little as 20% of the river’s water to flow downstream. The river gets shallower and warms up faster, causing algae to multiply and dramatically reduce the available oxygen. The current slows, leading to increased sediment, which clogs streambeds and chokes bug life. It’s literally a recipe for disaster. 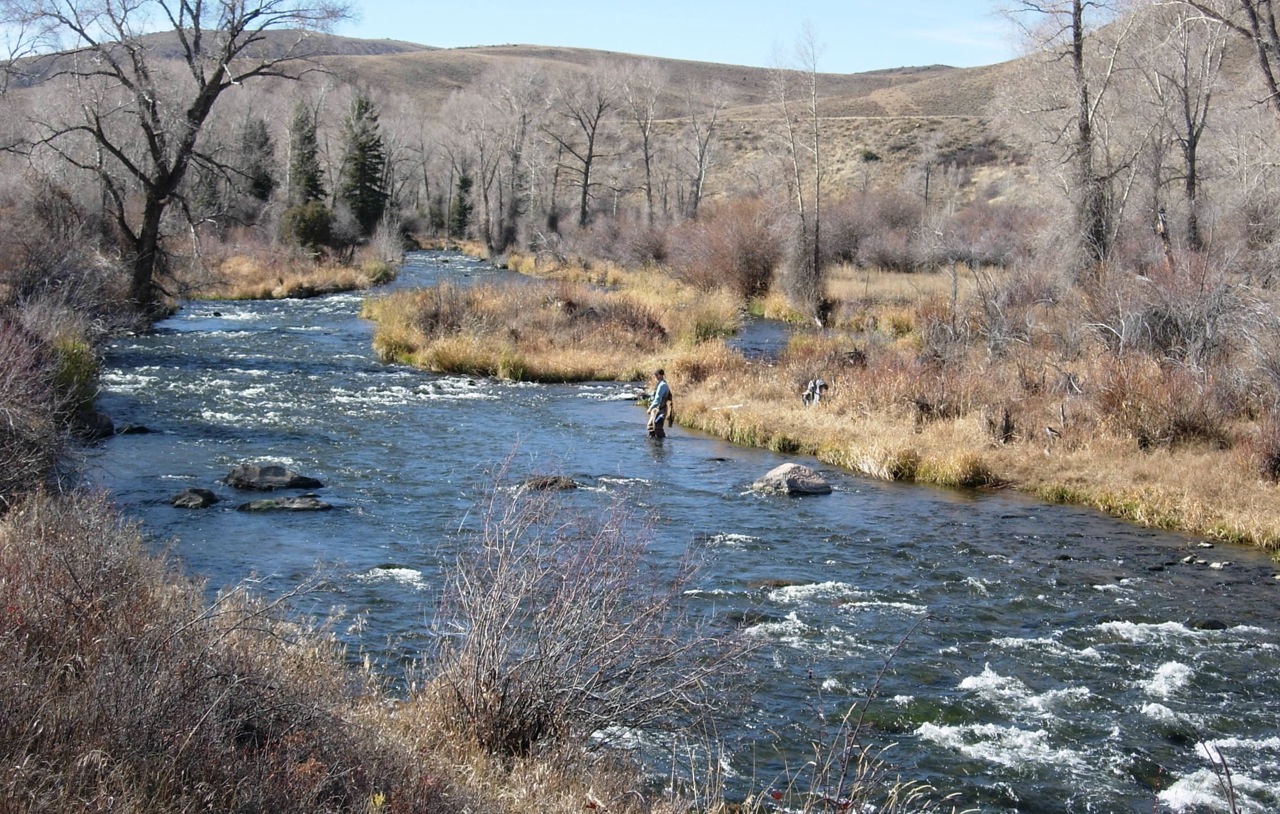 Trouts Fly Fishing: Who belongs to the coalition?

Rick Matsumoto: Between the petition, Facebook and Twitter, we have nearly 7,000 people who are part of the communications effort. In addition, we are proud to have the support of many businesses.

Trouts Fly Fishing: How can people in Colorado and across the country help out? 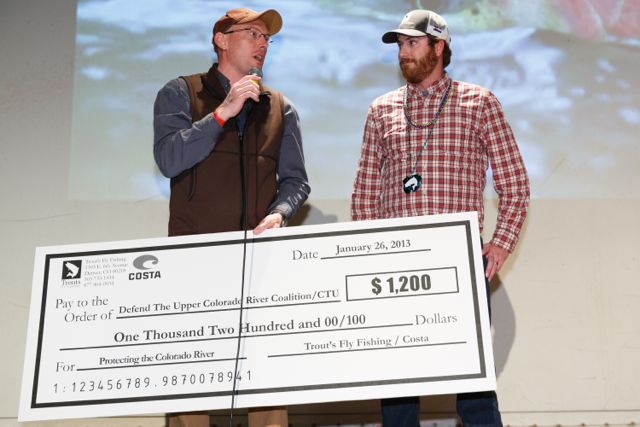 January 2013 Fly Fishing Film Tour - At the 2014 F3T show Trouts, Orvis and our customers raised another $1500 for Defend The Upper Colorado Coalition 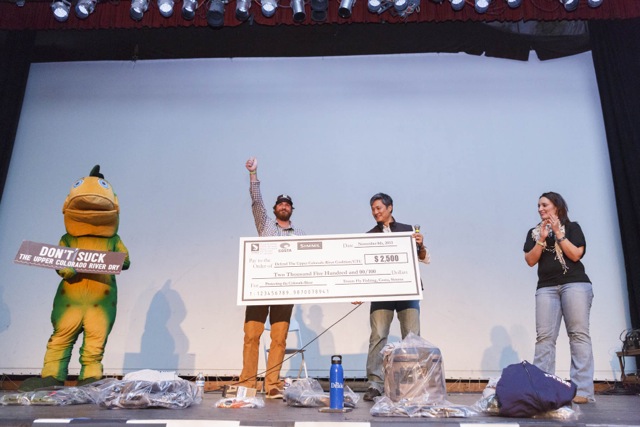 Trouts Fly Fishing: When funds are raised via raffles and other donations at events like "Flies, Films and Foam" and the Fly Fishing Film Tour, how is that money spent?

Rick Matsumoto: Any funds raised for Defend the Colorado are aimed at protecting the upper Colorado River and its tributaries from the effects of diversion, educating Front Range citizens about where their water comes from, and urging people to conserve water. Most of the money goes toward marketing and communications expenses: website maintenance, email campaigns, video production, billboard advertising, bumper stickers, and more. But we’ve also funded independent research into the impacts of diversion, collaboration with other groups on viable solutions (i.e., the Filling the Gap report), data collection and analysis to set minimum guidelines, and of course temporary housing costs for Fraser the Fish!

Trouts Fly Fishing: Speaking of Fraser the Fish… What’s ‘ol Fraser been up to since the last time we saw him at the Oriental Theater?

Rick Matsumoto: Nursing a hangover! We’ve had some recent successes so Fraser has had good reason to party. The Windy Gap project is moving forward with protections against high stream temperatures and assured flushing flows. Planning is underway to reconnect the Colorado River where the Windy Gap dam currently severs it. And Denver Water just agreed to include ongoing monitoring and management responsibility as part of its federal project permits on the Moffat project. Fraser assures me he will be fully recovered in time for the “Flies, Film and Foam” event on June 12th.

Trouts Fly Fishing: What are some of the most pressing issues right now or milestones the Coalition is trying to accomplish?

Rick Matsumoto: There are three milestones on the horizon:

1. Make sure the protections pledged by Northern and Denver Water get into the federal permits for those projects.

3. Prevent efforts such as the Colorado Water Plan from turning into an excuse to further tap the Colorado River with expensive and damaging transbasin diversions.

And there you have it!

If you want to learn more about Colorado Trout Unlimited or how you can help Defend the Colorado stop by the Thin Man Tavern on Thursday June 12th for “Flies, Films, and Foam” – a FREE night of fly fishing films sponsored by F3T, Orvis, Costa and Trouts Fly Fishing. We’ll have some great raffle items and all of the funds raised are being donated to the Defend the Upper Colorado River Coalition and Colorado Trout Unlimited.