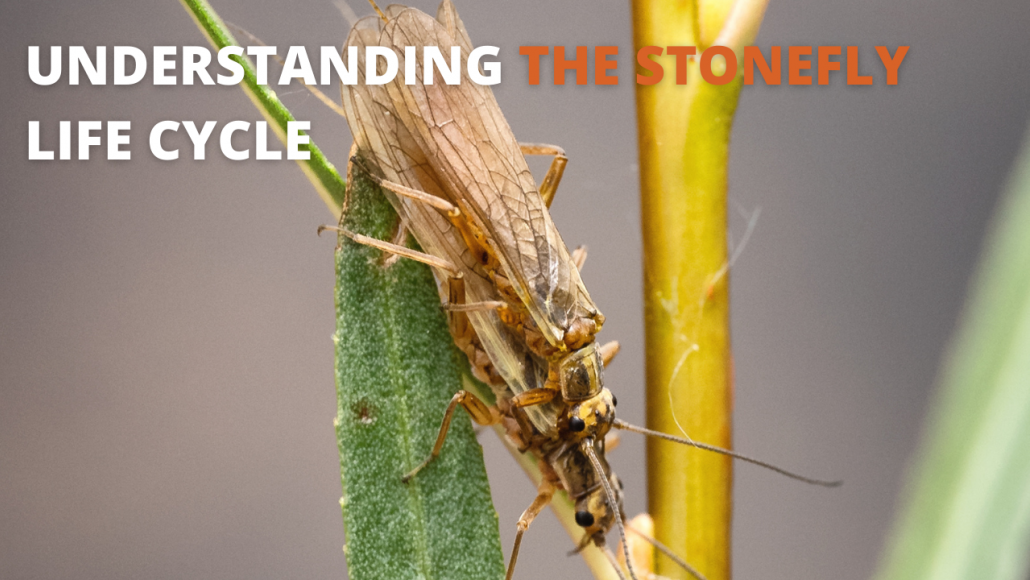 When it comes to the diet of trout, along with mayflies, stoneflies rank at the top of the list. Stonefly habitat and the life cycle of stoneflies are highly compatible with the trout, fly anglers, and fly tyers.

Stoneflies are unique insects. They need high-quality water to survive and have a life cycle that can last as long as four years. They can produce some of the most intriguing dry fly hatches of the year and for many anglers, it is the premier hatch of the season. Nevertheless, to fish these unique insects effectively, it is necessary to understand their life cycle.

Below is an overview of the stonefly life cycle and each stage an angler needs to understand to effectively fish stoneflies just about anywhere in the West.

Given the Latin name of Plecoptera, stoneflies are often easily identifiable with their unique folded wings that cover the top, sides, and back of the insect's abdomen.

If the angler is looking to target trout using stoneflies, they must remember that stoneflies, unlike other insects, require high-quality water in order to survive and reproduce. The water systems with high dissolved oxygen levels that are unpolluted are often the best places for stoneflies to reside–The Gunnison, Deschutes, and Madison are great representations. Rocky aggregate bottom (read: Gravel) is often a highly productive area for stoneflies and consequently the feeding trout. Unfortunately, sluggish or heavily polluted water systems are not productive for the prospective angler–another reason to protect and conserve our western rivers and streams.

The stonefly life cycle can be broken down into three segments: Egg, Nymph, and Adult. While the egg stage is an essential step in developing the adult stonefly, the egg is unintriguing for the trout. Depending on the species, stonefly eggs can take as little as a day to hatch or as long as a year. Much like the mayfly, the stonefly will spend a good majority of its life cycle as a nymph and only sees its complete adult form for a few hours for the sole purpose of reproducing.

Now that we have a better understanding of stoneflies, what does the life cycle look like broken down? Continue reading to find out.

As mentioned above, stoneflies have two critical life stages–for the feeding trout–the nymph and adult. When a stonefly becomes an adult, its adult life can be subdivided into two parts–both are important for all parties involved.

Like all insects, the beginning of the stonefly's life cycle begins when an adult female stonefly deposits eggs on or just below the water's surface. These newly deposited eggs disperse and sink where the current allows. For most stonefly species, hatching comes within a few days or weeks.

"With the exception of a few specific species (i.e. Little Black Stoneflies), trout usually only care about stonefly nymphs when the nymph reaches about one-half inch in size. From this point on, a trout's interest in stoneflies only grows" 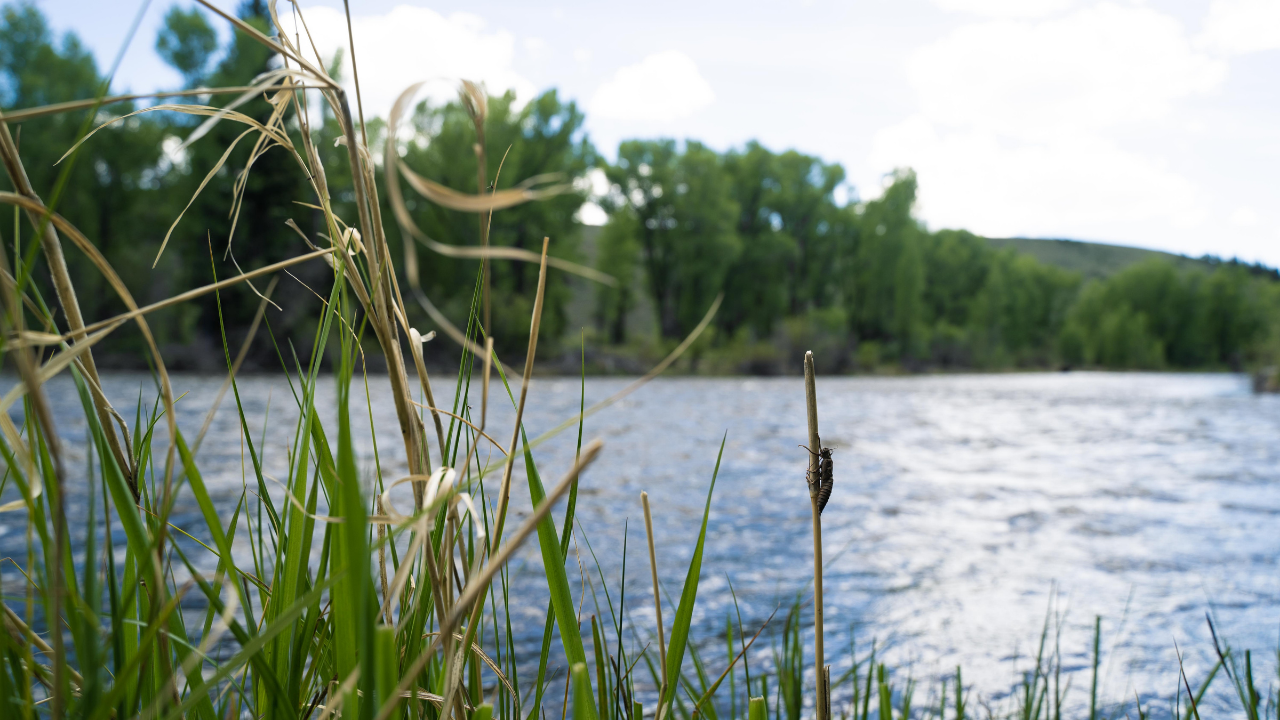 Now that the nymph has hatched, it is time to find suitable habitat, typically along the shallows bottoms of streams, rivers, and lakes. The nymph will sustain itself through predation or herbivorous eating activity, depending on the stonefly species. Due to the poor swimming ability of the stonefly, nymphs will find a home among the rock aggregate bottoms of rivers, streams, and lakes and only move long distances when drastic changes in water fluctuation occur–drought, snowmelt runoff, heavy rain.

In a recent Five Flies episode, Ivan commented that stonefly nymphs existed for (roughly) three years in a river system. While this is indeed a Fact, the time spent as a nymph in a water system depends on the specific stonefly species. For those that cling to the rocky aggregate bottoms of lakes and rivers, their duration can last up to four years or as little as two.

When the nymph is well fed and mature, it awaits the appropriate seasonal time and temperature to make its next transformation into an adult stonefly.

When the nymph is ready to change into an adult, it will do so—depending on the species–in one of two ways. The “surface emergers” will simply swim to the water's surface and make their transformation just below it. The crawling emergers will crawl to dry land or river's edge through protruding rocks, downed trees, or low-hanging vegetation.

Like the Mayfly, stonefly nymphs with solid ground under their feet will begin to twist and shuck the exoskeleton of their nymphal stage. The stonefly exposes their new wings, legs, and body to the air, drying and hardening their new form.

The newly formed adult stoneflies will seek immediate refuge among the willows, branches, or bushes regardless of their emergence style. Now hiding among vegetation, the adult stoneflies wait until the conditions allow mating to begin. Typically the adult stonefly will lay and wait for around twenty-four to forty-eight hours. As we mentioned before, the adult stage of the stonefly is brief and only exists for reproduction. Even though this period of life is brief, the adult stonefly presents some of the most exciting fishing of the year and is one that many anglers seek out year after year.

"Stoneflies know that the concealment of night provides the best time to hatch and make their way to dry land. Unfortunately for them, the trout know this too. Try fishing adult stonefly imitations at night for a thrilling dry fly experience if your regulations allow!" 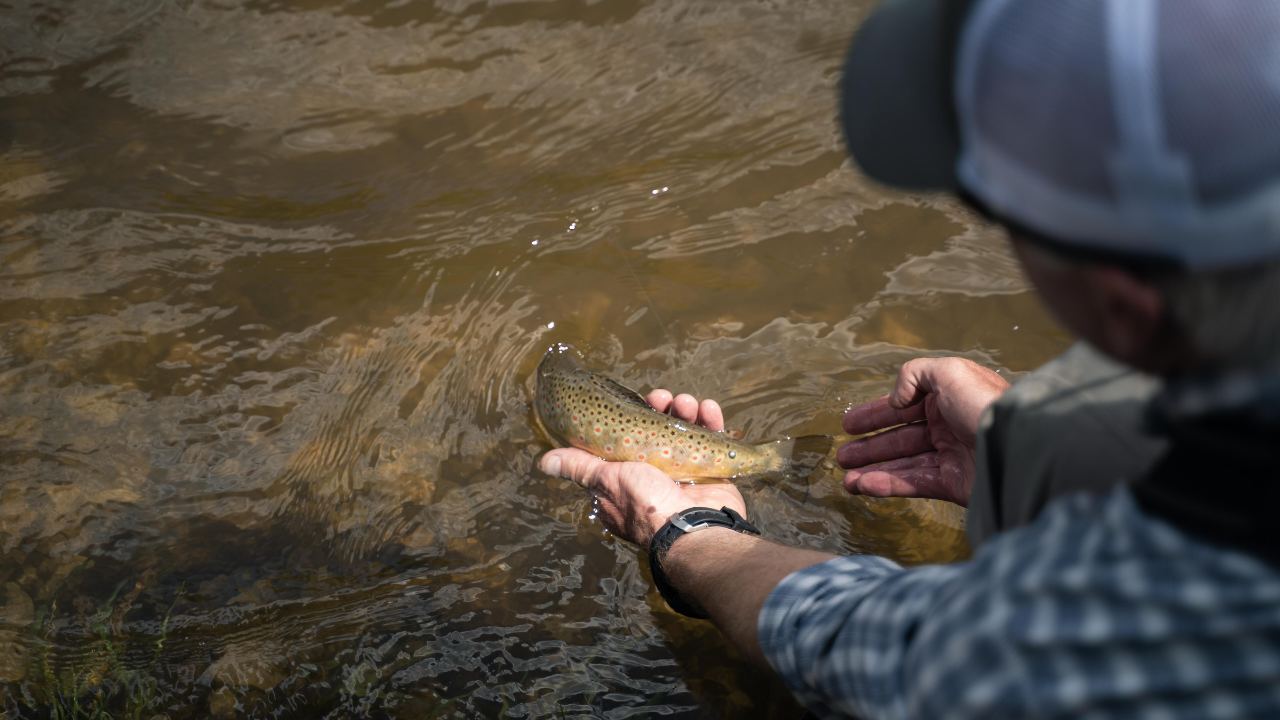 The stonefly life cycle is important to anglers and is one that can heavily dictate a day out on the water. While a stonefly's adult life lasts only a few hours, the nymph stage lasts for many months - this is why having appropriate stonefly nymph patterns and styles is important for the angler looking for a successful day.

For those looking to pick out stonefly nymphs for their next trip, opt for ones that are designed long and slender or short and stumpy. Anglers can effectively fish stoneflies through sizes 8 and 14; sizes 8 and 10 are a favorite during the stonefly molt in early spring. Stonefly nymphs are generally an earthy black, dark brown, olive-brown, gold, or golden yellow when it comes to color. As the stonefly nymph ages, the color of the nymph changes as well. Typically starting at black with hits of reddish-brown to a dark olive-brown with yellow highlights and finally an olive-yellow with a light yellow cream color. While some stoneflies begin their final molt in the early spring months, anglers eager to find success through a dry fly variation will find the best success from May through August.

I hope you enjoyed this overview of the stonefly. Stay tuned to the blog, where we will be going over other important insects. If you have questions regarding hatches, we have a dense selection of books perfect for any skill level. If you want to expand your knowledge on bugs, check out our Bugs for Beginners class hosted at our Denver shop location!

No matter your skill level here at Trouts, we want to ensure that your time on the water is well spent. That means we want to answer any questions you may have regarding hatches, flows, or where to fish this weekend.