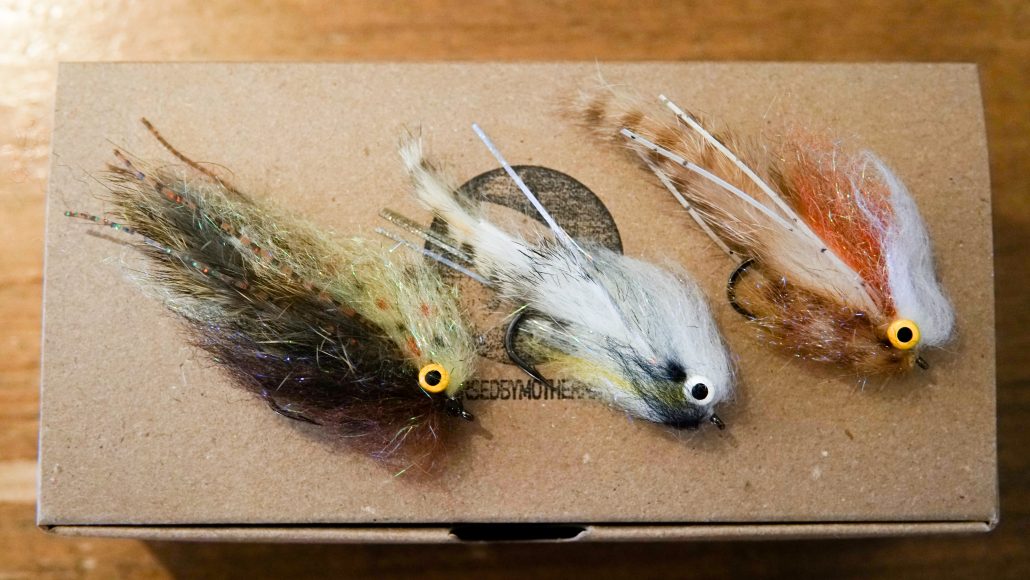 Matt Bennett's Lunch Money is a mainstay in my streamer box and for good reason. It's a simple and versatile fly that simply catches fish. While there has been a big push towards big, meaty, articulated, double hooked streamers (which I love to throw), Bennett's Lunch Money is an excellent reminder that there is a time and a place for articulated streamers and that there is a very good place for a single hook, size 6, trout streamer. The Lunch Money comes in a variety of colors and can be thrown to a variety of species. A great fly to keep in the quiver if you fish in and around the Front Range! Matt was gracious enough to answer five hard hitting questions. We here at Trouts leave no stone unturned. Looking for your streamer of choice this spring, come on down to our Fifth Season Kickoff and get a Lunch Money or three.

Trouts: What was your inspiration for the name? How many times did you take kids lunch money in school?

MB: I was the school nerd and got mine taken, not the other way around! The name switch happened just before I submitted it to Umpqua in January of 2014. The original iteration was named the "Llano Critter" after the Llano River west of here, where it produced very well, and was originally based off of Charlie Craven's Gonga streamer. Since the "Llano Critter" was more of a regional name here that not many outside Central TX would get. It's something I don't do normally - it's like renaming a boat - normally it's bad juju! It's worked out just fine though. I can't remember exactly how I came up with the new name, but what I do remember is thinking back to grade school and always asking for more lunch money so I could double-up on the chocolate milk cartons in the cafeteria. I got the same feeling when I tied up a batch of these for my box, and still do now, kind of the anticipation of what you know is coming with them (chocolate milk or fish). So, I dubbed it the Lunch Money and it's stuck since then. Also, the school cafeteria chocolate milk doesn't hold up now like it used to.

Trouts: What inspired the design of the Lunch Money?

MB: The Lunch Money was created out of need for a bite-sized baitfish streamer for the Texas Hill Country; however, it’s not just limited to bass down here. Most of our baitfish in the Texas Hill Country are in the 2-3" range and due to our normally ultra-clear water, our bass can be fairly finicky, which meant it needed to both look realistic and have the right amount of movement to work correctly. It was originally tied hook-down with larger legs, spun craft fur head, and just a tail (no wrapping for a profile transition) on a TMC 8089 #12. After coming across Laser Dub when it was introduced, I incorporated that to give it a nice, translucent profile in the water with just the right amount of sheen. I also flipped the fly to ride hook up at that time, as I'd often get fish following the fly and wanted to be able to retrieve slower without hanging up on the bottom. Originally I trimmed the head to shape but after brushing the Laser Dub back instead, I ended up with a similar shape with more water-pushing bulk. After the TMC 8089 #12 was discontinued, I moved to a Gamakatsu B10S, which has allowed me to tie it in a few more sizes.

Trouts: How many species of fish have you caught on the Lunch Money? Follow-up: Do you know how many different species have been caught on the fly?

MB: That's tough to answer as I haven't kept count, but let's see:

Editors Note: That's 17 species, if you were counting at home.

MB: Oh man, there's a bunch, but here's a recent one. Frank Smethurst is a good buddy, and I gave him half a dozen or so at a show down here maybe 5-6 years ago just to give me some feedback. I just saw him again a couple weeks ago at another show, and while we were catching up, he mentioned that the original ones I gave him are still going strong and catching fish. He said he'd pretty much beaten them to hell at this point, all of the paint is missing off the eyes, the laser dub has thinned way out, but here's still catching a ton of fish on them. Always like hearing that. 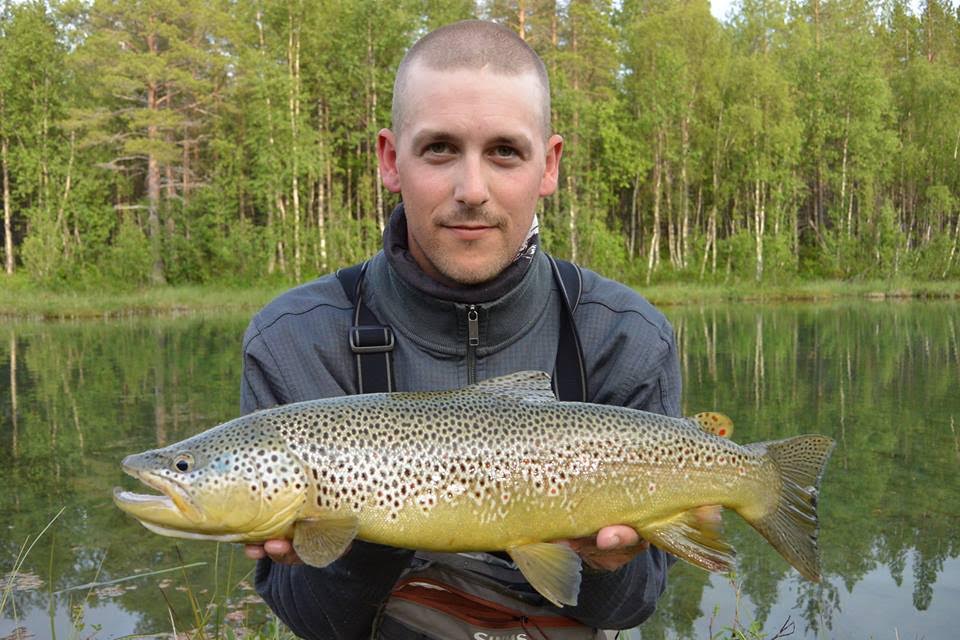 Above is a picture from a guy in Norway, who loves throwing the Tan color to the brown trout there. I think they speak for themselves!

Trouts: What's your favorite color scheme in the Lunch Money?

The Tan is the OG color I tied them in and still my favorite. I love throwing the Easter color though and seeing the looks people give me on the river when they ask what I'm catching them on.