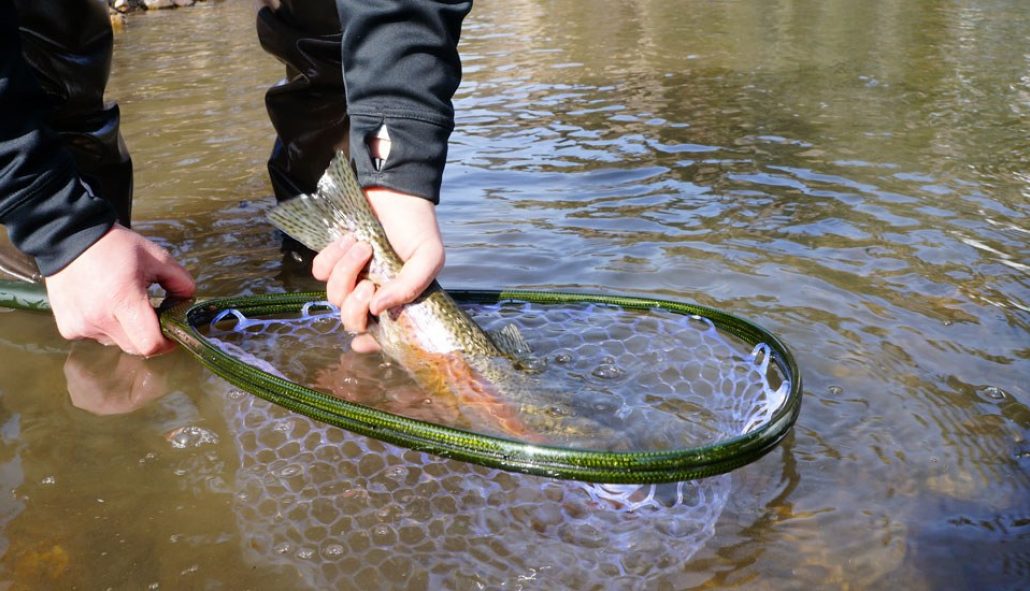 The warm temps and sunny skies have definitely had the fish feeling awfully spry lately and, given the fact last weekend was guide-trip free, Lee and I decided to take full advantage. Neither of us had fished much besides various section of the South Platte lately so we decided to look else ware to get our rods bent.

After picking Lee up at a sleep respecting 8am and loading his gear, the truck was shortly thereafter headed West down I-70 towards Summit County. Our goal was to fish the Blue River and here’s why-- I’m rarely on the retail floor at the shop, but rather am usually upstairs pounding away on the keyboard working on the blog, customer events, guiding, etc. Even given this reality, it would be impossible to count the number of customer fish pics I’ve seen come from this river in my limited time downstairs (which is often just to refill my water bottle). Rarely- in fact I don’t think once- have I experienced a “hey look at this big one I caught at the Blue” followed up by a singular photo. Rather, it’s been “Hey look at all these big fish. And this was just one day!” followed by removal of iPhone from front right jean pocket, tapping of the ‘photos’ app, and then a repeated finger swiping to the left as said customer and gluttonous, shrimp feasting trout appeared on the screen over and over again....one of the two subjects always grinning ear to ear.

Simply put, the Blue was our goal and we were both excited to get on some water that neither of us had visited in quite some time. We knew there would be crowds but hey, our home waters are Deckers/Cheesman/Dream Stream so it’s not like we’ve never fished around other anglers. After a necessary kick off to the day at the Blue Moon Bakery, we got ready to fish. And yep……town was crowded. We decided to venture North on Highway 9 looking for an empty parking lot. That’s when the wheels started to spin and we decided to continue North for a little while until we found a parking lot only containing 3 cars. After rigging up and hiking in, it didn’t take long until we found some water to call our own. As you’ll often find when fishing public waters, a lot of people like to fish close to the parking lot and even just a marginal hike can really distance you from the bulk of the crowd. One thing we quickly noticed was that we weren’t seeing a lot of fish up shallow to site fish to. We started probing around some deeper holds, thinking the fish might still be relating to their Winter haunts. After a quick deepening of the thingamabobber, along with adding some more weight, I was immediately tight to a fish. This scene replayed itself over and over throughout the afternoon and an egg and baetis pattern was all it took to keep a bend in the rod. The sun was shining, the beers stayed cold after being packed in a snow bank, and we had a couple hundred yard stretch of river to call our own, oh and we never saw another angler the whole afternoon. Who says public water is always crowded…. 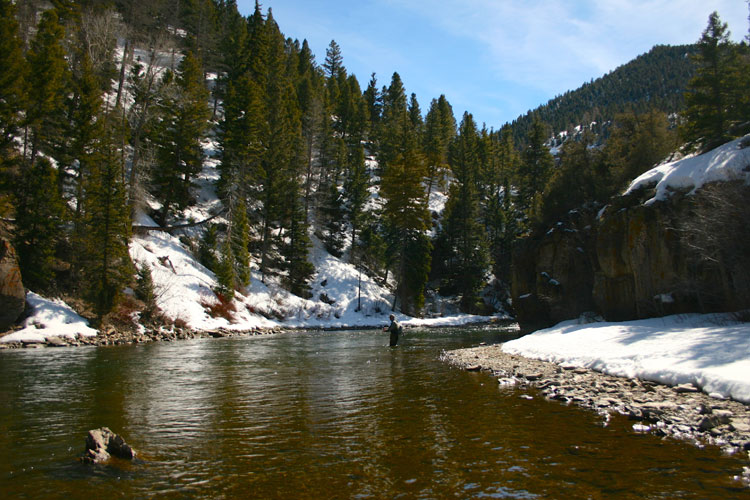 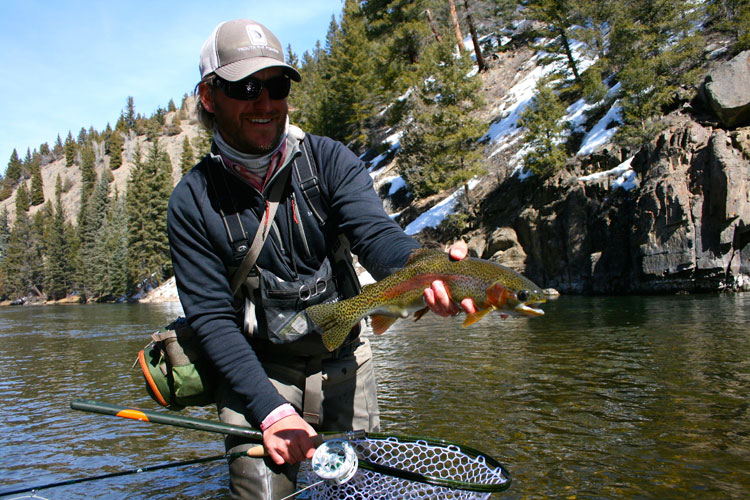 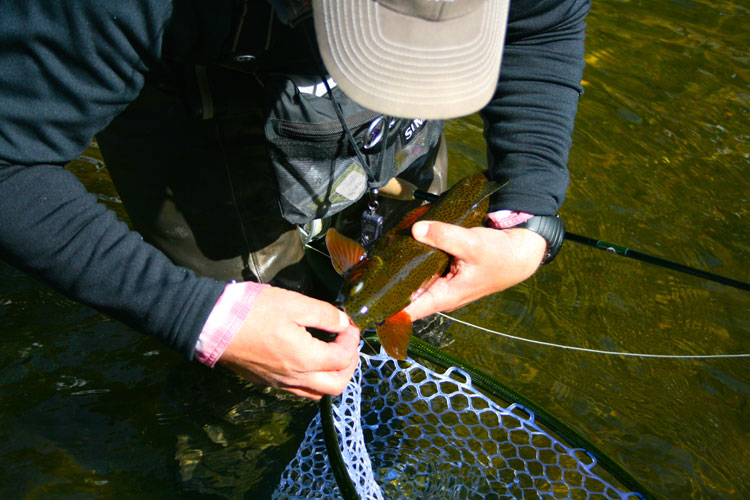 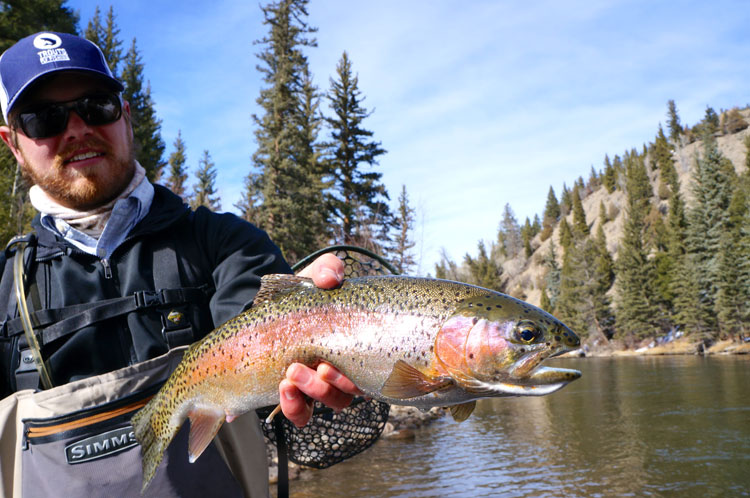 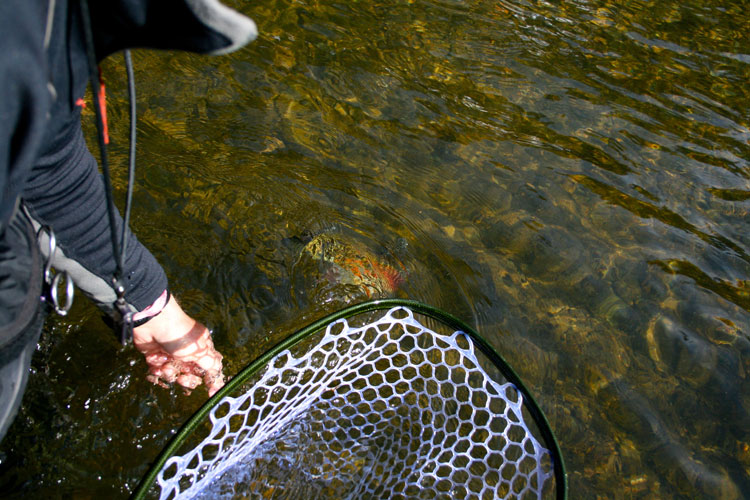 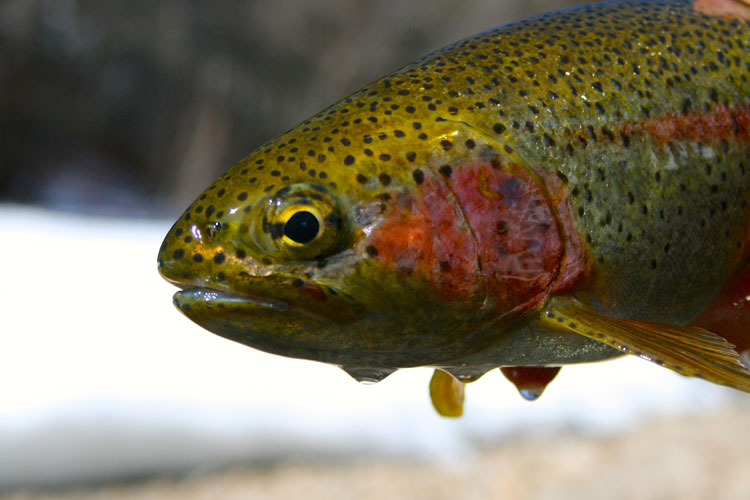 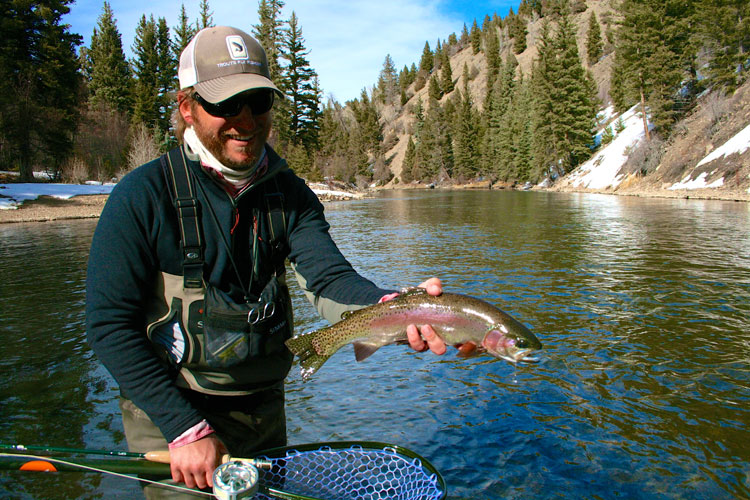 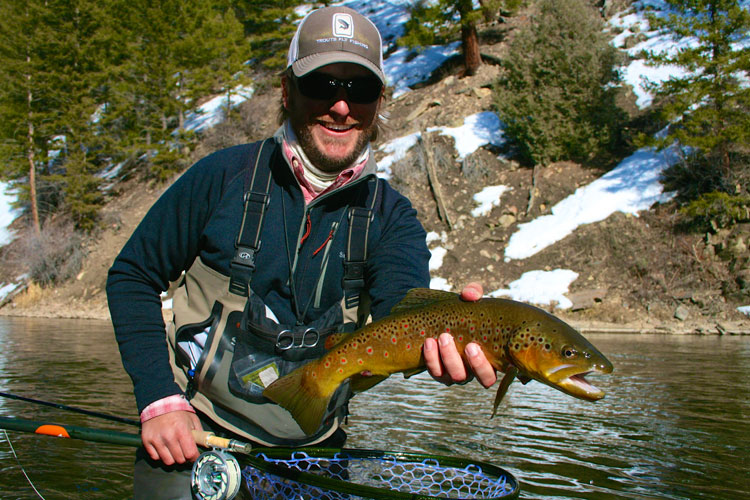 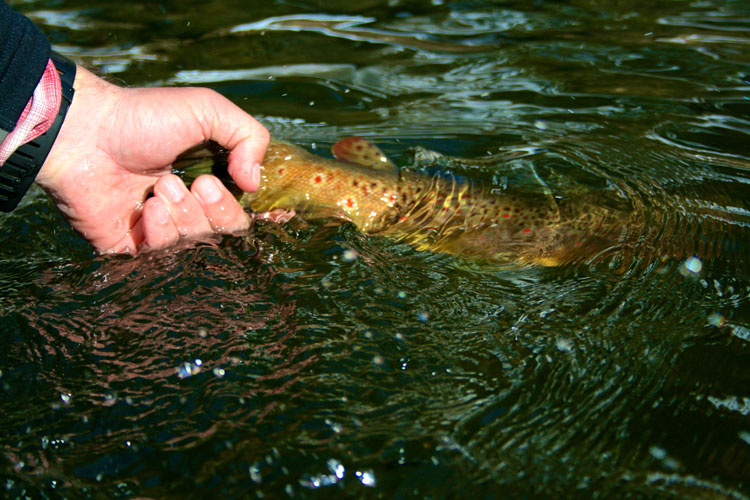