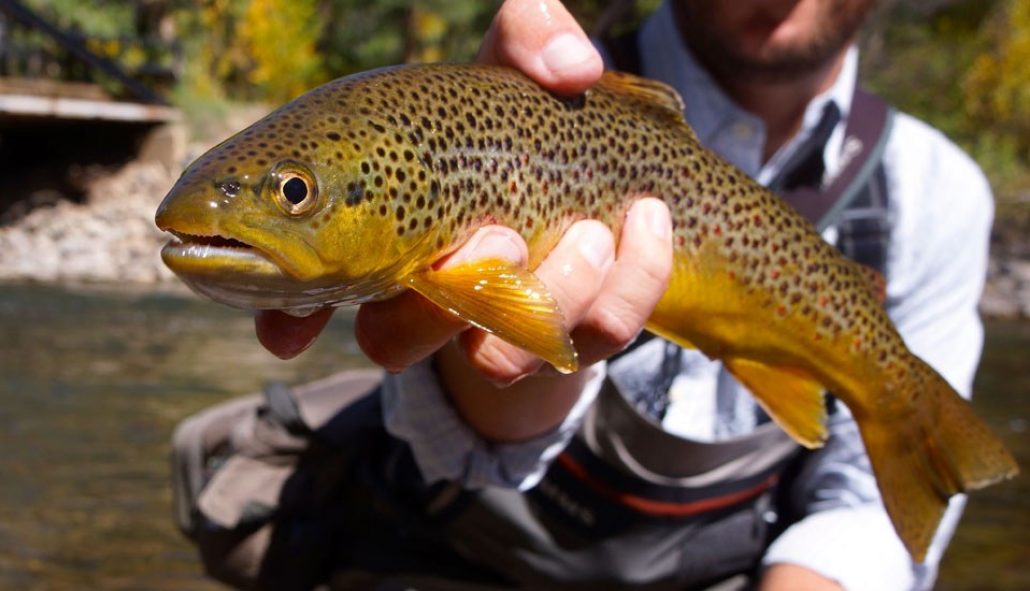 I snapped wide-awake in the pitch black bedroom and instantly reached for my phone. I knew it was early, but not much else, including what that piercing scream I just heard outside the cabin was. 5:47am. 13 minutes shy of my iPhone alarm bringing me to this same state of being. The fuzziness of 5 hours of sleep quickly wore off as I remembered I had nothing on the books all weekend except to go fishing. As I sat up and swung my feet around to meet hardwood floor, the bull elk outside the cabin bugled for the 2nd of what would be many times that morning. Making my way to the kitchen, I was greeted by the smell of fresh coffee and my good friend Blake grinning ear to ear, cup of joe in hand. “Did you hear that bull?!?!?!” One thing to know about my friend, his enthusiasm for anything related to the outdoors, wildlife and hunting/fishing could be directly comparable to a 10 year old on Christmas morning. 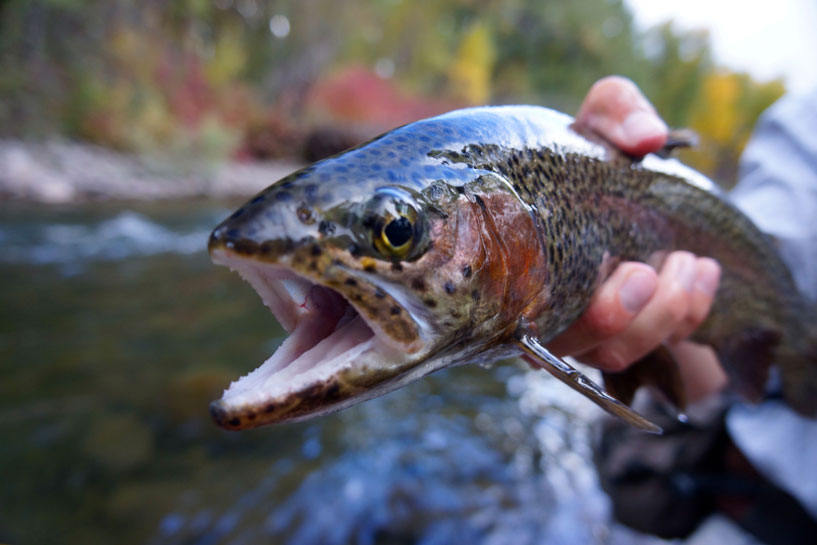 After pouring a full cup of black, we headed to the front porch. It was still dark out, however the sun was beginning to show signs of making its grand entrance on this crisp Saturday morning. We sat sipping coffee, listened to several different elk bugle and talked about fishing. If one thing could be counted on with certainty, it was that this was going to be a good day.

We were outside of Crested Butte for the weekend at Blake’s family vacation home. A beautiful log cabin nestled amongst the Aspens and Pines, high up on a mountainside. You’d never know it was there unless you were driven to it, and I think that’s kind of the point. As we discussed the game plan for the weekend over cup number two, all the usual topics were covered. Where we should start, if we’ll be able to get one last wet wading session in for the season, which rods we’ll fish, will we find a big colored up Fall Brown, and as always, the topic of flies-- what would work, what should work, what has worked, and what might work.

I glanced back over my shoulder at Crested Butte and the Maroon Belles off in the distance before finally turning and heading inside to get geared up for the day. The morning’s fresh sunlight had fully blanketed the valley and I found myself taken aback by the beauty. Another bull elk bugled somewhere down far below us.

The day’s fishing found us standing along the banks of the East River, which flows through the ranch. The forecast called for warm temps that day and the waders we started with were quickly shed in favor of wet wading. Dry flies were on the menu and a size 14 Parachute Adams and Schroeders Parachute Hopper, trailed by a size 18 Guide’s Choice Hare’s Ear quickly began bringing fish to hand. The East has a good mix of both Rainbow and Brown Trout swimming amongst its moss covered rocks and several nice fish willingly accepted our offerings at our first stop of the day. Having no schedule for the day and more importantly, no reason to be in a hurry, we fished family style throughout the majority of the day. Many times, I hadn’t even finished re-dressing my dry fly before hearing “Fish On!” pierce the still morning air, signaling it was my turn to fish again.

While we talked more times than I could count about throwing a streamer, the quality of fish that continued to put a full bend in the 7’ 5wt Fiberglass fly rod I was fishing was enough to keep me with the dry/dropper rig throughout the entirety of the weekend. We fished until dark on Saturday, catching countless trout and having a truly memorable time. One piece of the puzzle was still missing though, a Kokanee Salmon. The East sees a sizeable Kokanee run every fall, however they typically stop at the Roaring Judy Fish Hatchery several miles downstream. We kept talking about how we hope a few get confused/lost in lust and continue up onto the ranch property. With daylight fading, we decided to call it a day and break into the 12 pack waiting for us at the car. We were sitting on the riverbank drinking cold IPA’s and reflecting on the incredible day we had just experienced when we saw it, or should I say “them”. Three bright red torpedoes shot through the riffle in front of us and settled in a deep pool just 10 yards upstream. Salmon.

Seeing as how I was the guest of the weekend, it only made sense that Blake got first stab at them. We tried various different Eggs, San Juan Worms, big beadhead nymphs and Pat’s Rubberlegs. Nothing. Zilch. Nada. They could have cared less. Finally, with it now nearly too dark to see them, I took the rod and got an idea. I quickly tied on two black size 4 Pats Rubberlegs, separated by about 6 inches of tippet. My thought with this was simple: A) There’s no way they won’t be able to see this and B) Hopefully if I run something this obnoxious looking past their face enough times, one of them is surely going to get annoyed and take a swipe at it. About 15 drifts later I was chasing a Kokanee downstream as it peeled line off my reel. After a fantastic running net job by Blake, the fish was finally brought to hand. Quite the day indeed.

In summary, this trout filled weekend proved one thing to me. Good friends are a good thing to have………..but good friends with a house outside Crested Butte are an even better thing to have. 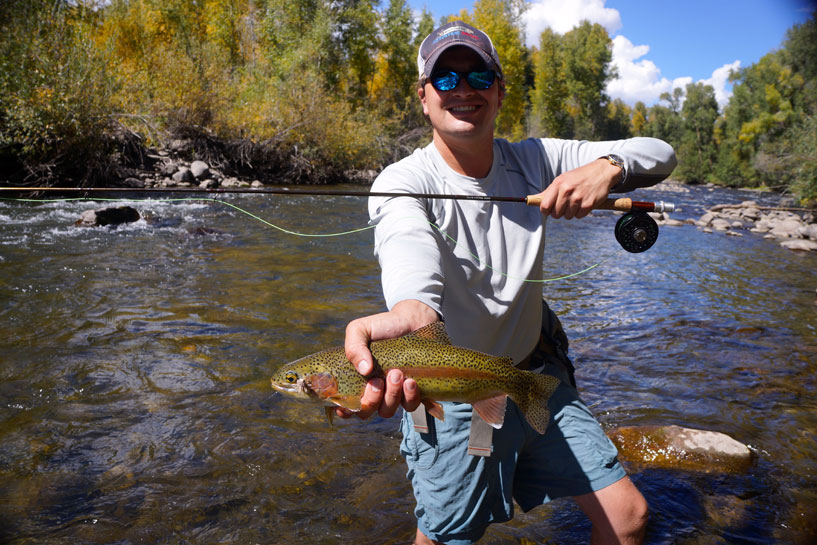 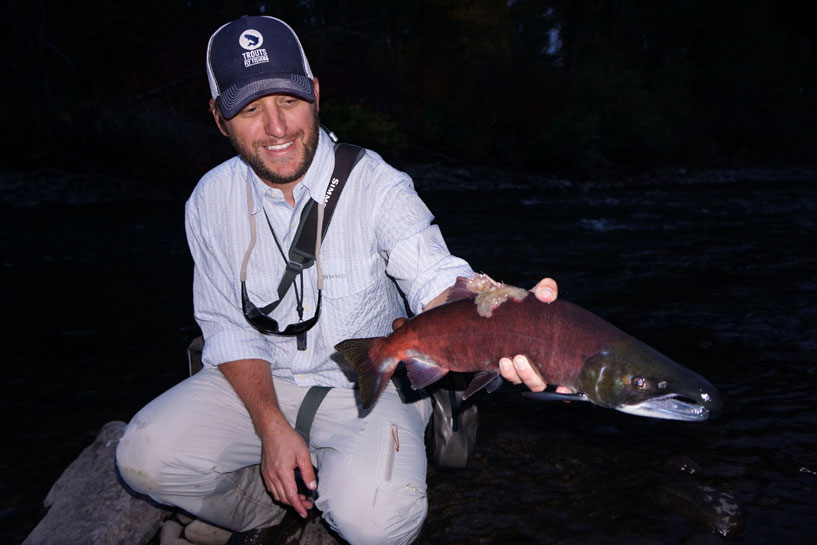 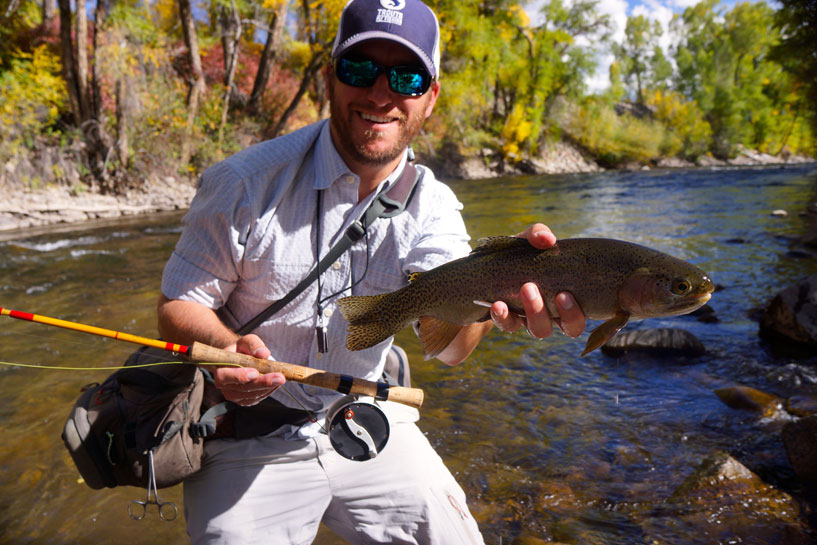 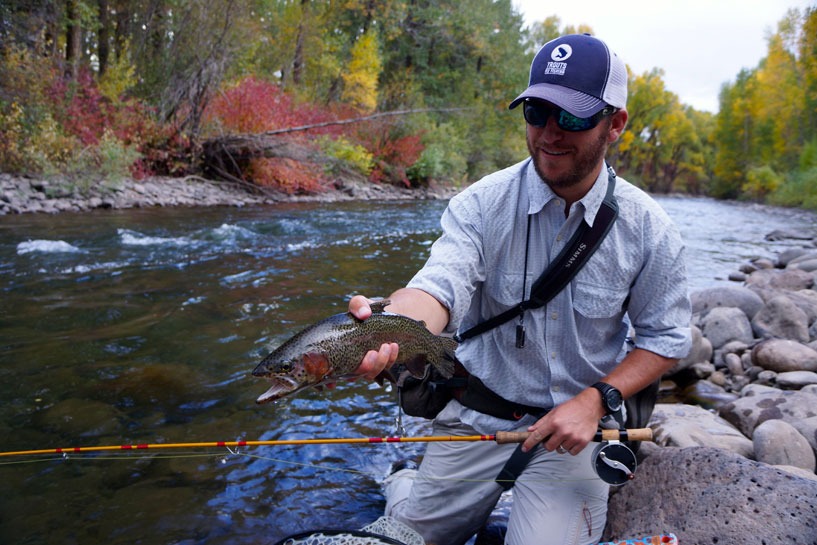 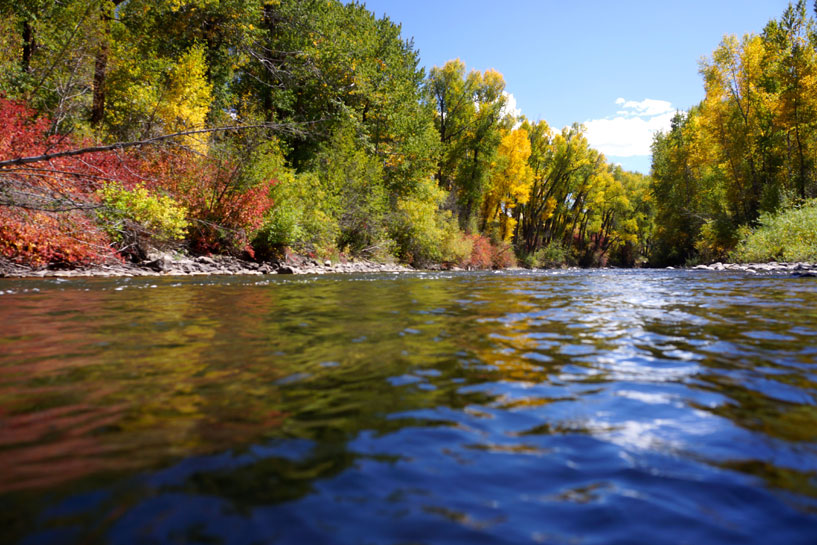