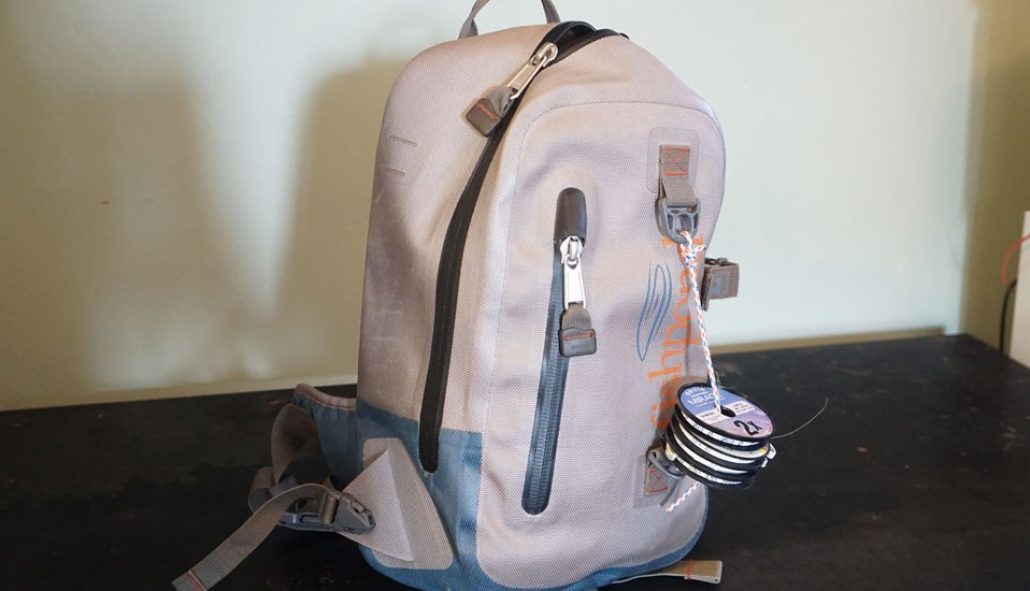 Kevin Cooke- e commerce manager here at the shop- didn't really get into fly fishing until he started working here a little over a year ago. The good news is, he couldn't have picked a better place to help him get brought up to speed in a hurry when it comes to putting a bend in the long rod. If you've ever been in our shop, you know there's no shortage of gear to peruse and stock up on. Bear Creek, Clear Creek and the South Platte have become Kevin's most frequently visited waters, however over the past year he's made multiple trips west to float the Colorado and Roaring Fork, as well as the N. Platte and Yellowstone area in Wyoming. It's safe to say Kevin has wasted no time in exploring all he can over the past year....and fish pics he's been bringing back from his adventures sure make it seem like he's having a little fun doing so. Let's take a look at what Kevin is carrying to the river's these days. 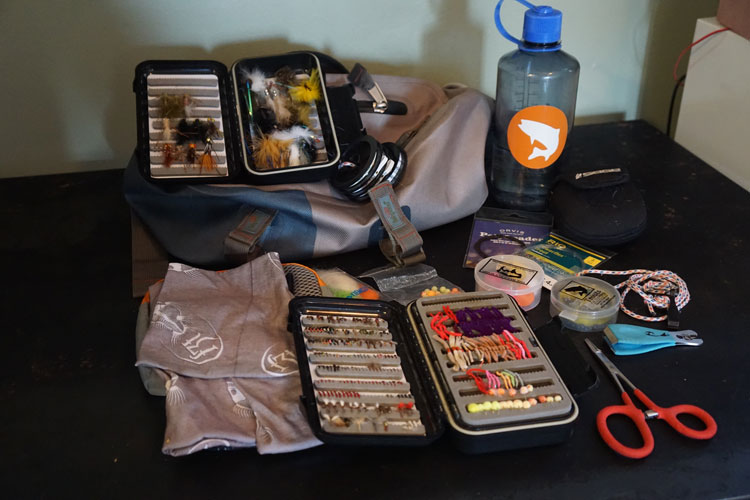 This pack started totally empty not long ago, but that is definitely no longer the case. C&F Boxes are carrying everything from streamers, to midges, to worms and eggs for Kevin. The flip side of the lower box is where the dries are kept. A few clear fly pucks with weights and idicators, as well as some yarn for strike indicators, a few different leaders, Orvis Mirage flourocarbon tippet, nippers, forceps and nalgene bottle round out the majority of it's contents. The reel pictured is Sage 4200 Series that was in the pack after a recent outing to the South Platte. Kevin fishes this reel on a 9' 5wt Sage One. When the smaller streams of this state call his name, Kevin heads armed with a 7' 6" 3wt Winston Nexxus attached to an Orvis Battenkill reel.

Thanks for letting us take a peak inside the pack Kevin!