What Are Blue Winged Olives 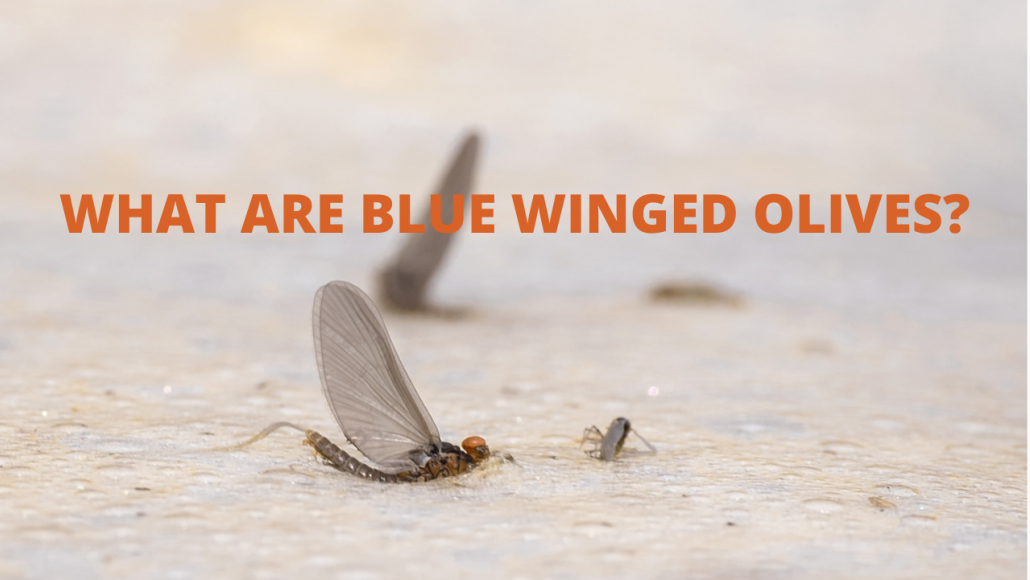 Earlier this month, our staff members conducted our annual fly count. Counting every single fly, we ended up north of forty-five thousand total flies. …That is a lot of flies!

While Trouts’ may have more than forty-five thousand flies at any given time–potentially more during the summer season–there is one in particular that anglers should be focusing their attention on this time of year. Blue Winged Olives.

Nevertheless, the question for many remains, “What Are Blue Winged Olives?” The answer to this question is–hopefully–explained below.

The History of The Term Blue Winged Olive

However, when did this name come about?

Who can anglers–so graciously–thank for creating such confusion within the world of dry fly fishing for this seemingly constrictive name? Fredrick M. Halford. Known widely as the “The Father Of Dry Fly Fishing,” Halford made a name for himself living in Britain as both an author and angler. Known for groundbreaking books such as Floating Flies and How To Dress Them (1886), Dry Fly Fishing-In Theory and Practice (1889), and Making a Fishery (1895), Halford not only changed the way anglers approached rivers, he changed the way anglers both abroad and at home thought about river systems and the sport of fly fishing.

Nevertheless, In his book title, Dry Fly Entomology (published in 1897), Halford provided anglers with the first written account–among other things—of the term, “Blue Winged Olive.” The term Blue Winged Olive was used as a common reference to help anglers describe the genus Ephemerella, which falls under the family Ephemerellidae. Halford’s new term would be used to classify more than 19 species of spiny crawler mayflies and would go on to be a common reference to the adult life cycle stage.

Based on existing fly fishing literature, it is now understood that the term BWO which anglers so commonly use, was once referred to many color variations of mayflies, including Olive Duns, Blue Duns, Iron-blue Duns, Olive Quills, and more.

More than a hundred years since Halford's induction of the term, Blue Winged Olive is used broadly to describe a specific color of winged Mayflies with olive-brown bodies and their unique blue-colored wings.

If BWO’s are A Reference for Mayflies. What are Mayflies?

Mayflies are considered the quintessential dry fly for many anglers. They are also one of the essential forage options for trout. Identified by their sail-winged slender (curved) bodies, these lovely insects are often seen floating by the angler or rising into flight on a nearby willow.

But what are mayflies, and How do they relate to Blue Winged Olives?

Grouped into the scientific order Ephermeropetra, Mayflies are short-lived winged insects whose adult life lasts as little as 24-48 hours–rough. However, the entire life cycle of the Mayfly is segmented into four stages (egg, nymph, and two air-breathing adult stages) and can take upwards of a year to fully complete. While the egg stage is vital to both anglers and fish, the nymphal and two air-breathing adult stages are where anglers should focus their attention.

The two adult stages anglers should be familiar with in the life cycle of Blue Winged Olives is both the Dun and Spinner stage.

The BWO hatch is Colorado’s first “major” hatch of the new year. While BWOs have a year-long gestation period, most of them turn from nymph to dun to spinner during this time of the year.

In the spring months trout become keyed into the BWO life cycle and position themselves accordingly in the water column. During the nymphal stage, trout sit lower in the water column and progress higher as nymphs transition to becoming a dun and then a spinner.

"Some of the best BWO hatches occur during the worst weather conditions. Look for those stormy (rain or snow) or cloudy days! These typically unfavorable conditions are perfect for a solid BWO hatch." 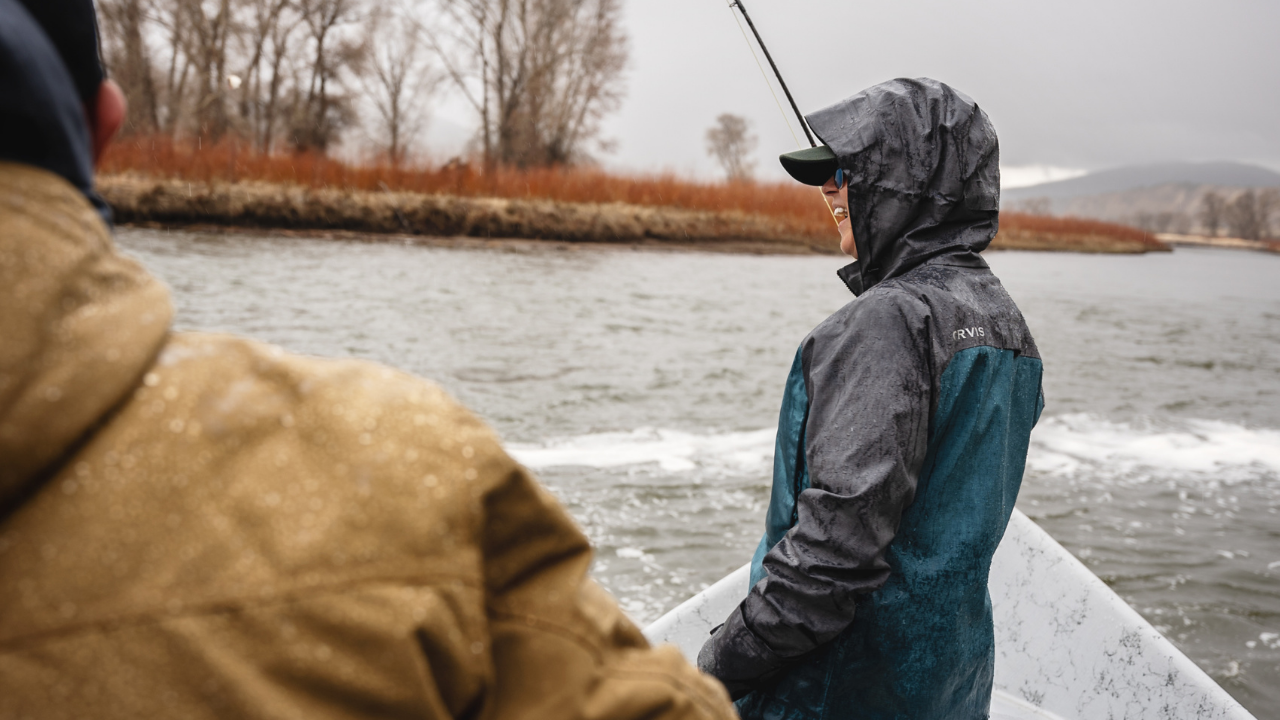 If an angler's day on the water is not favorable to a BWO hatch, remember that most of the BWO’s life is spent during the nymphal stage. This means that anglers need to get their flies down DEEP in the water column to use nymphs effectively! Nymph patterns that sport a slim profile with high density are perfect options for quickly getting the fly deep in the water column.

When it comes to emerger patterns–when the nymph has made it to the water’s surface and is transitioning into a dun–anglers should use the weather conditions to their advantage when it comes to fly choice.

On Thursday, we discussed how nymphs become duns and went over how the ambient air temperature affects the drying of the wings and body of the newly formed dun. However, if the ambient temperature is not favorable for this transition, many BWOs will find themselves stuck to the water, unable to fly away and become spinners. This means that fishing cripple style patterns that sit just below the water's surface or providing a slight twitch to the emerging pattern on the drift can be deadly when hatch conditions are favorable.

When the BWO is in full form, any adult BWO imitation can find the angler success. However, BWOs are tiny, and small floating flies combined with cloudy and overcast conditions are not necessarily an excellent combination for anglers with poor eyes–myself included. Hence, "High Vis” BWO patterns or those with hot spots are a great option!

Now that we know more about Blue Winged Olives, and how to fish them effectively, we hope you feel more confident the next time you head out to the water. If you are looking for a more detailed version of how the BWO (Mayfly) life cycle functions, we took a deep dive into the world of Mayflies HERE. “Understanding The Mayfly Life cycle” is a fantastic prerequisite for any angler looking to expand their knowledge on a popular hatch–especially in Colorado.

Having a full selection of BWO options is critical to an angler's success this time of year. If you are unsure of what patterns will be best below are some of our favorite options that cover the entire BWO life stage. Make sure your box is full for the weekend!

As always here at Trouts, we want to make sure your time on the water is time well spent, we are happy to answer any questions you may have regarding flies, flows, or where to go this weekend. Come see us in either our Denver or Frisco location for any gear you may need for your next outing. Can’t come in? Feel free to give us a call at 303-733-1434 or shoot us a message over Live Chat.