What Makes A Yeti A Yeti? 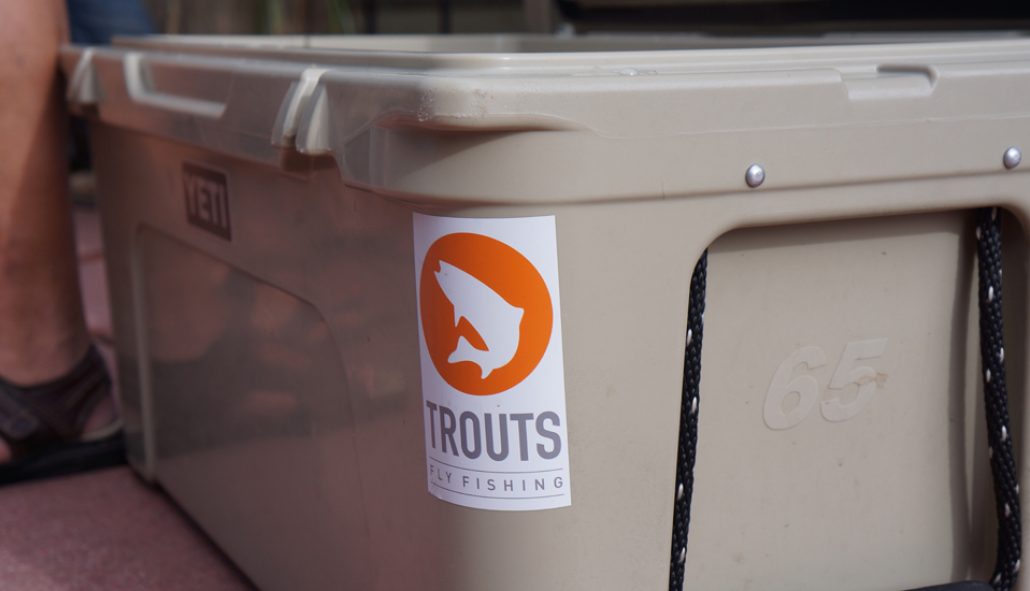 The year was 2006 when Yeti Coolers first hit the market. And while many of you likely don't have a memory of their products stretching back a decade, over the past 4 or 5 years there's no denying they've been a brand thats impossible to ignore. Case in point, even my mom knows what a Yeti is. I bet yours does too.

Let's cut to the chase though. Aside from the fact it probably seemed a little strange that a company was trying to make coolers 'cool'....the next thing that I guarantee you noticed is the price. How can a cooler cost $400? How could spending that kind of money really be worth it?

Whether it be with fly rods, tents, hiking boots or ski jackets, you've likely noticed one thing about outdoor gear- you get what you pay for. This saying couldn't be more true with a Yeti.

I got my first Yeti Cooler on August 25th, 2012. I know it's this date exactly because it was my wedding present from my wife (And yes it was full of Coors Light. And yes I know I picked a good one.) Fast forward to August 28th, 2012. 3 days later the ice was still in the cooler....and maybe even a couple of the beers. I'd heard Yeti's saying more times than I could count by the time I had received my 65 QT, "Wildly Stronger. Keeps Ice Longer", and I was instantly forced to have no choice but to believe this from day 1 with mine....

As a fly-fishing guide, a good cooler is as important to me as a good fly rod or pair of waders. Safely transporting food and drinks for my customers needs to be an afterthought in my life. My Yeti has been used hundreds and hundreds of times over the past 3 and a half years and has a permanent residence in the back of my truck from spring through fall when I'm on the water the most. After all the abuse I've put my Yeti through, it still looks and fuctions as good as the day I got it. I have no doubt there will be countless years of dependability still to come.

So as I planned to make a blog post about these coolers I came to notice a fly-fishing Blog I follow had made a nearly mirrored image post of what I planned to say. No need to reinvent the wheel here. Click the link below to see why you need a Yeti.

More than that though, there was one other reason that was not addressed as to why a Yeti makes sense for anyone who uses a cooler with regularity- They Pay For Themselves.

The degree to how quickly this happens will clearly be dictated by your frequency of use, however if you consider yourself an avid outdoorsman or woman (by any stretch of the imagination) then you should agree and here's why.

As someone who uses a cooler a lot, let's say I were to go with an off brand of some sort. Some quick research shows for a comparable sized cooler I can expect to spend anywhere between $40-70 for one of these. Given my anticipated Yeti lifespan, how many of these cheap-o's do you think I'd go through in 10 years? I'd think at least 5. We'll play it conservative on price of these coolers and call it $50 each time I needed a new one. Right there I'm looking at $250.

Now on to the topic of ice. I use my cooler over 100 days a year, yet not every use requires a fresh bag of ice. With a cheaper cooler during mid-summer, you often can't expect to make it through an entire day on a bag of ice. Many days will require several bags. My estimation is that I buy 50% less ice each year thanks to my Yeti. If this equates to 50 less bags (@ $2.00 a bag let's say, even though sometimes it's more) that means I'm saving over $100 a year by not having to buy as much ice. Given this fact alone, my cooler would pay for itself in 4 years just on ice savings. Tack on the fact that I'm now no longer out several hundred dollars constantly replacing broken coolers every year or two and you can start to see how the savings adds up.

Been thinking about finally biting the bullet and getting a Yeti for yourself? Got some Christmas gift cards lying around that you're not sure what to use them on? Then make sure to stop by and see us at the Fly Fishing Show this upcoming weekend! We'll have the Yeti's piled high in our booth, as well as representatives from Yeti on hand to answer any and all questions you may have about these products that you'll never wish you didn't own!