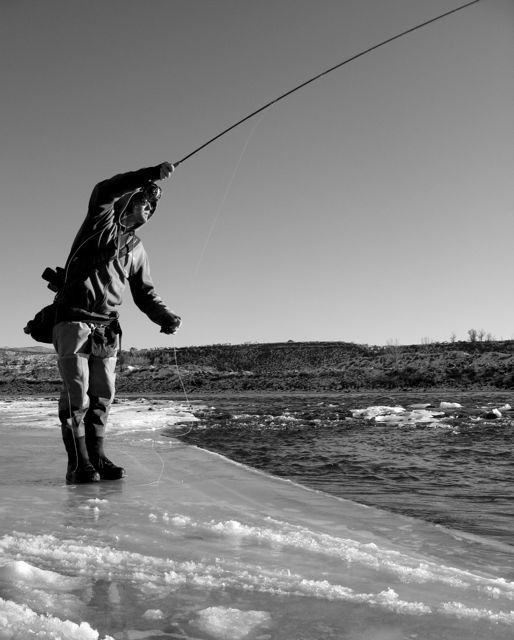 It would seem that the balmy days of late November and early December are all but a warm memory. January is here and it is time to start thinking about your winter fly fishing strategies.

Fly fishing in the winter months of December, January and February is a fairly different game than fishing in spring, summer or fall. The one big positive difference you’ll probably notice right out of the gate: you most likely will not find yourself elbow to elbow in some of the more popular rivers that you normally fish in the warmer months. On the downside, get ready for cold feet.

If you have not already started doing so, it is a great time to start thinking about your winter strategy. If you change your tactics with the seasons and stack the deck in your advantage, you can have a challenging and rewarding experience.

“The biggest difference between winter fly fishing and other seasons is where to concentrate your efforts both in what rivers you go to and also where to focus your time once you get there,” said Reid Baker, Guide Manager at Trout's Guide Service after a day on the water in early December. “This is mostly tailwater season. A tailwater is a section of river below a reservoir or dam. Because the outflow of the dam is typically coming from the bottom of the reservoir, it’s like the fish have air conditioning in the summer, and heat in the winter. As a result, these sections resist freezing and the water remains at a temperature that keeps a trout’s metabolism stimulated.” 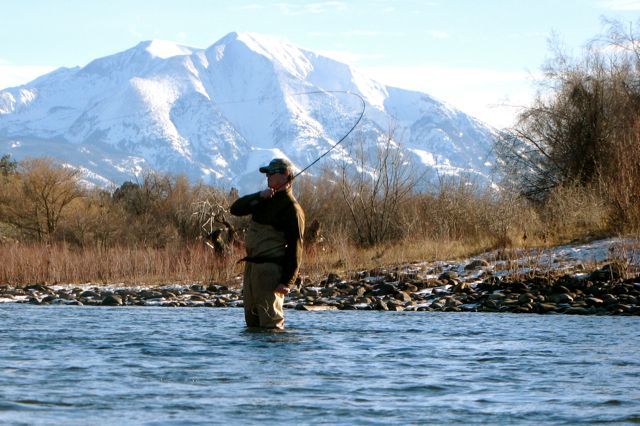 You need to think about a trout’s behavior – and temper your expectations. If you expect to see fish chasing big streamers or crashing grasshopper imitations on the surface, you’ll probably be disappointed. Understanding that trout are typically in deeper water, are more selective, and do not move far or expend a great deal of energy will help your mission. In most rivers during the winter, you’ll find fish more densely consolidated and sticking together in deeper runs. You will want to look for slower moving water that will bring insects in a consistent manner to the fish so they do not have to expend a ton of energy.

“Once you’re on the water, its all about slowing things down,” said Baker. “Whereas in the warmer months, a trout may feed aggressively in the riffles on the abundant and variety of insects, in the winter they’re going to seek out the slow and deep water. Trout are not as likely to move far to eat because its not a valuable use of his precious energy. And there’s going to be fewer insects to begin with. They’ll seek out the slower deeper water and pick a feeding lane that maximizes their ability to eat, while minimizing how to work for it."

“Don’t make it too complicated. Just think slow and deep.”

In many rivers here in the Rocky Mountain West a trout’s diet consists of small midges, stoneflies, and mayflies.

“The winter months are the 'small bug' time of year," said Baker. “The plus side is, generally, fish are focusing only a couple species of insects.”

How about it? Do you have any solid winter fishing techniques or strategies to share with the Trout's Fly Fishing contingent?

Stay tuned to our blog for the Part II of this three part Series. In our next installment we’ll talk about tactics, reading water, and winter rigging...