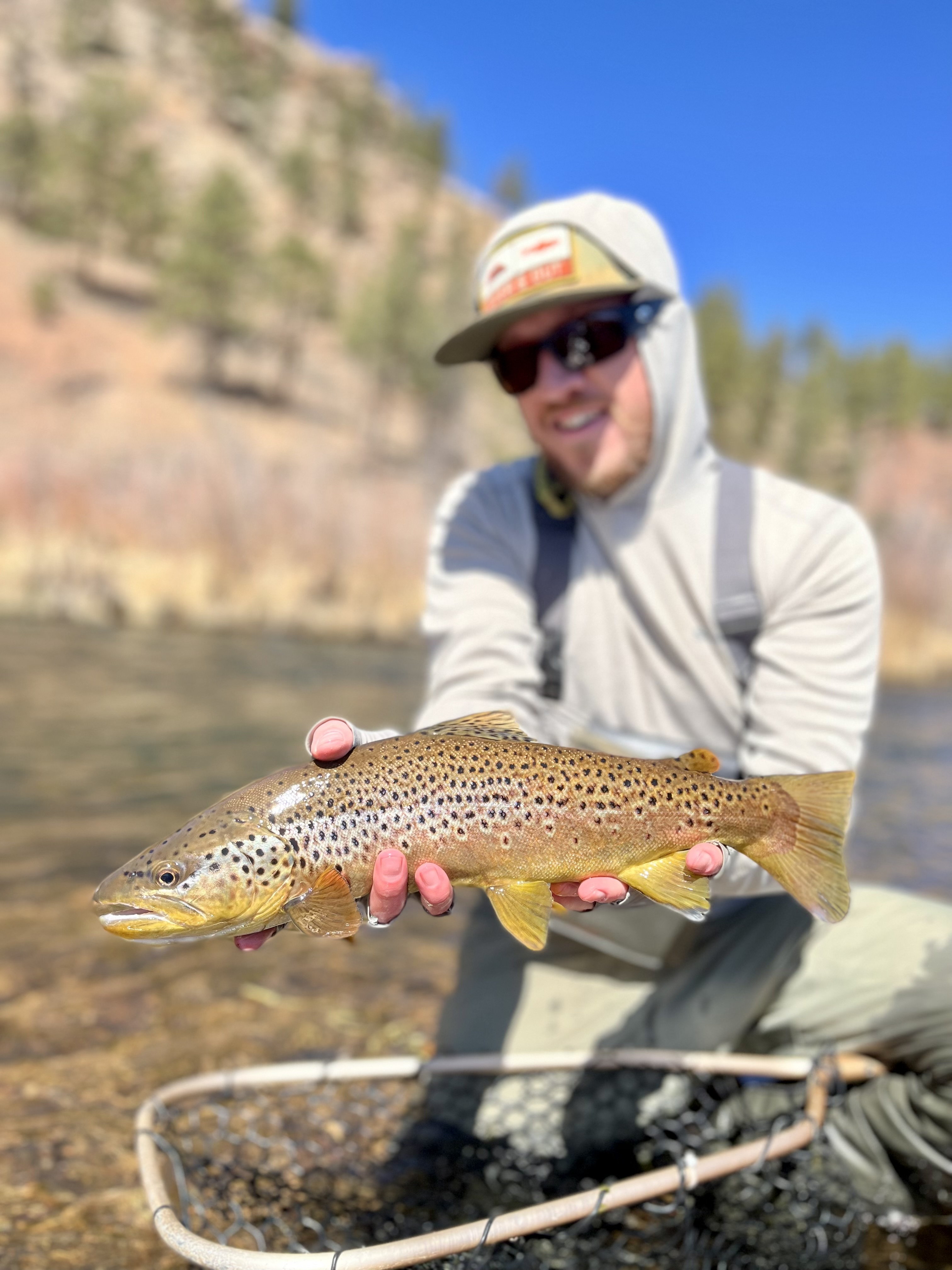 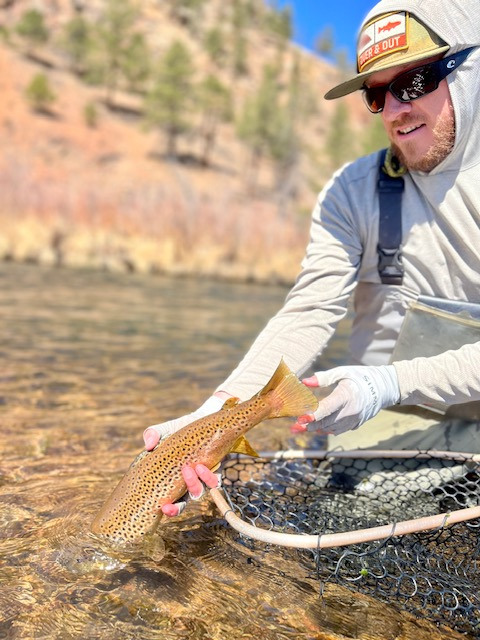 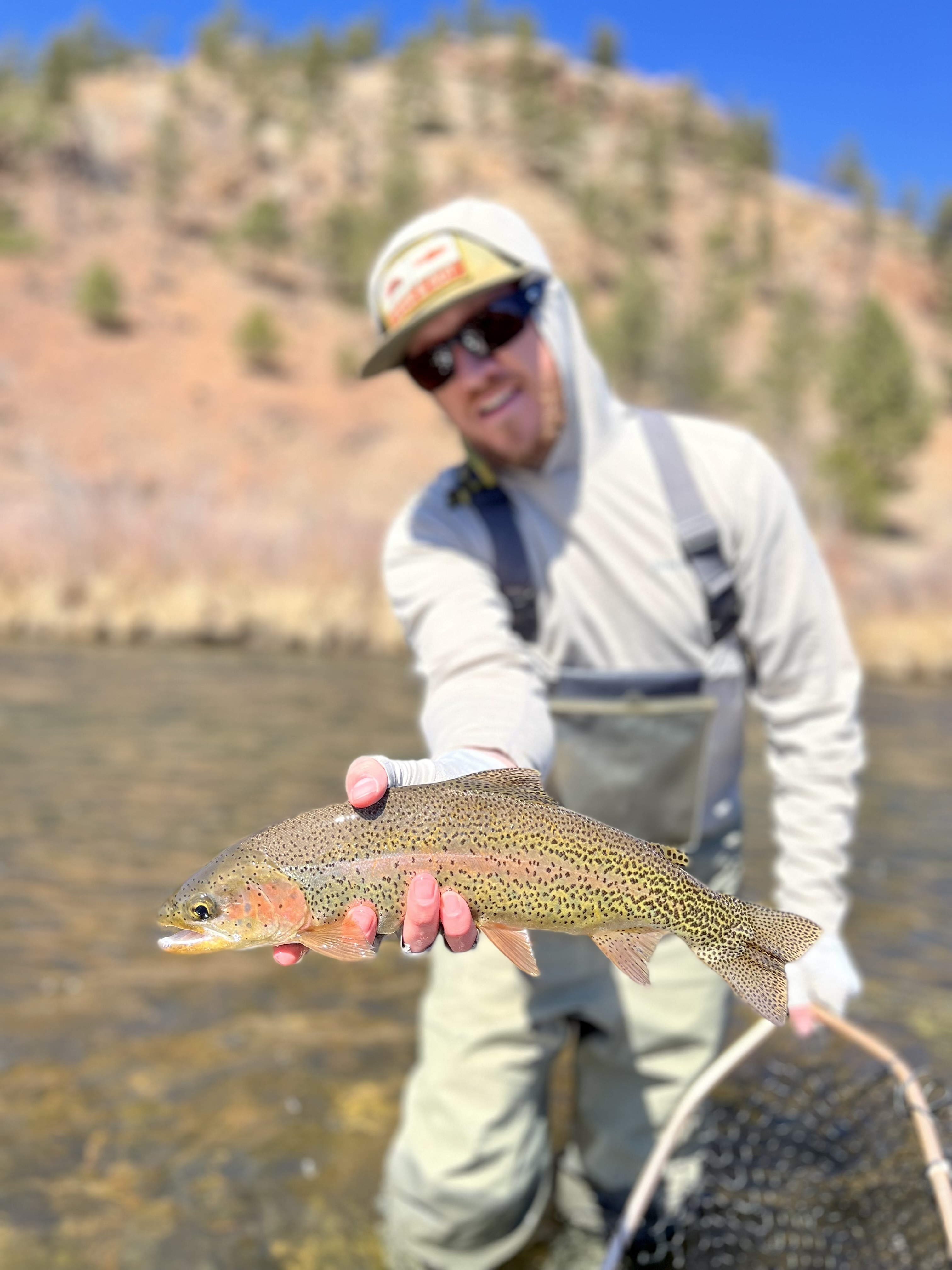 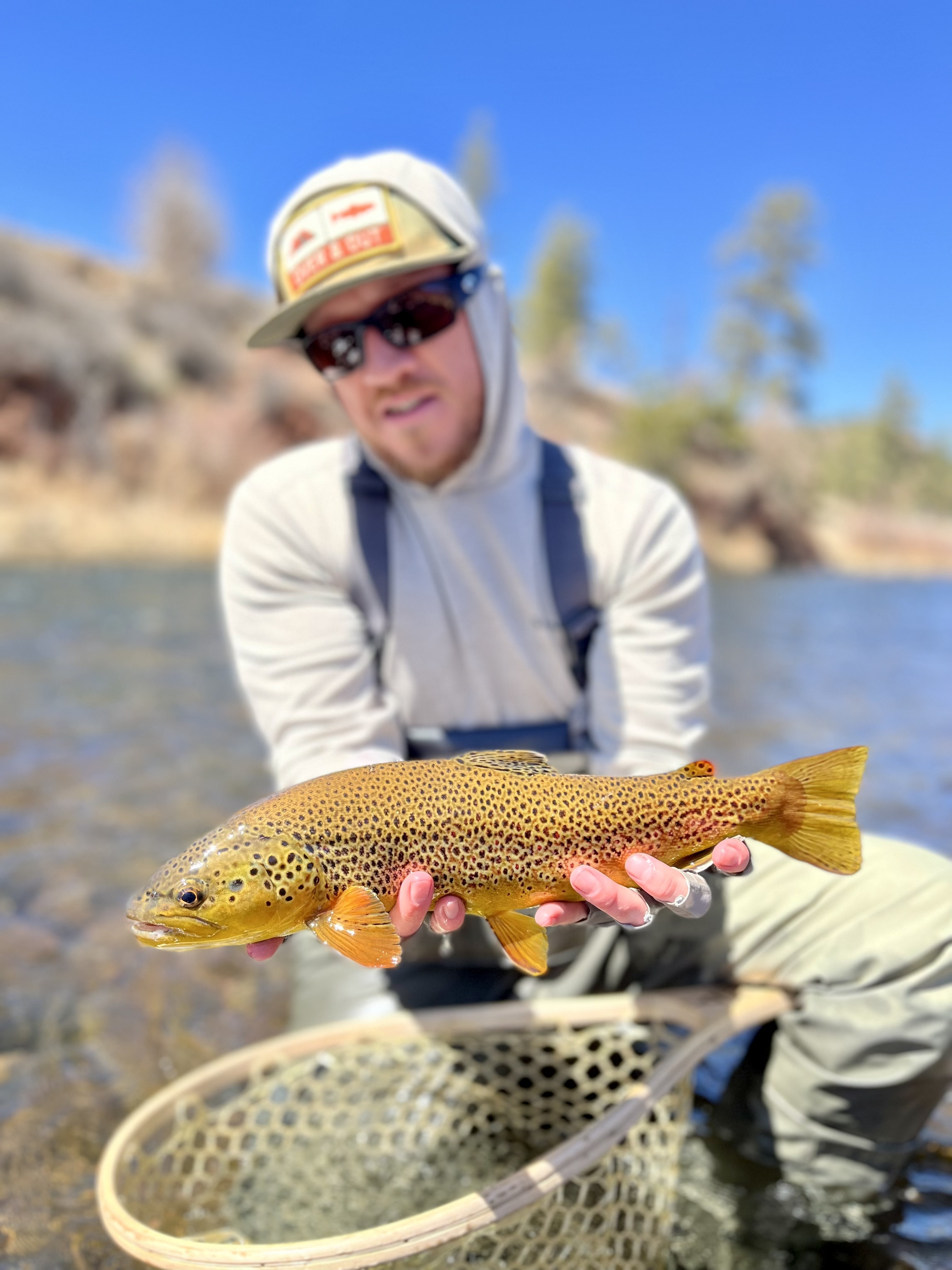 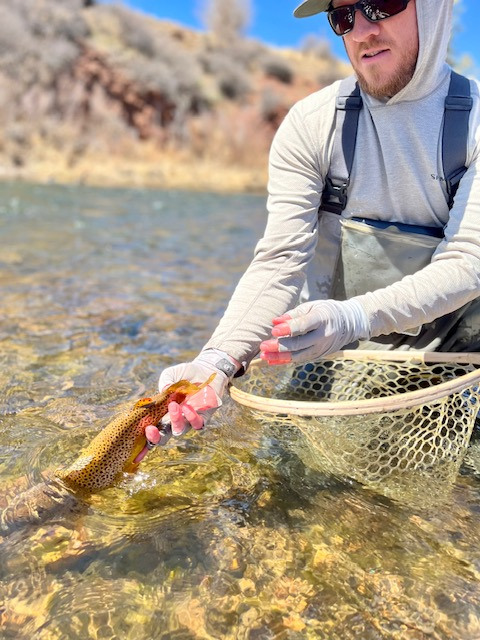 I met Nathan at 8 am at Deckers corner and was on the water shortly after. We started the day indicator fishing with the water temps at 40 digress I figured the trout would be low and slow with the recent bump in flows. we caught fish right away on a size #26 Jedi midge I've been tying up and a few fish ate the leech. Shortly after picking up a few fish early on in slow water we moved into some faster water and to our surprise we were able to find fish right away in the riffle water! With this in play I asked Nathan if he would be interested in trying some Euro Nymphing. He said he heard of it, but never tried it and would enjoying giving it a go. With the Euro rig in hand Nathan was able to pick it pretty quickly and we were able to land a few more fish before breaking for lunch. After lunch we walked up stream and proceeded to find fish feeding in faster riffle water. The hot fly right away at 1 pm was the mercury pheasant tail size #22. We also caught fish on leeches as well as worms. At one point we caught a fish that was actually puking worms most likely due to the recent bump in flows. By 4 pm Nathan had his fill of fish and felt like he really learned a few things about the South Platte River and also picked up some Euro Nymphing tactics.